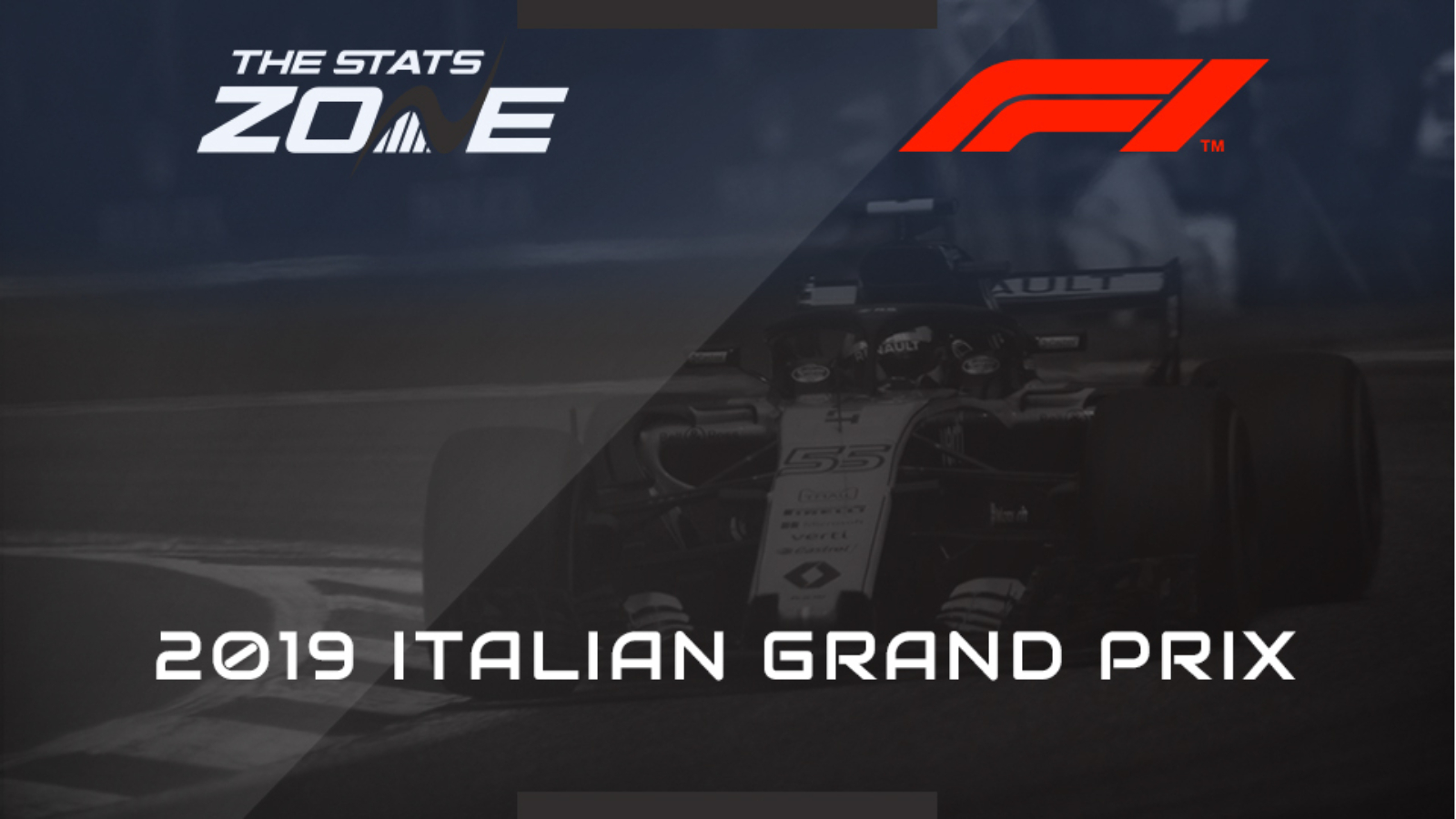 When does qualifying begin for the Italian Grand Prix? Saturday 7th September 14:00 (UK)

When does the race begin for the Italian Grand Prix? Sunday 8th September, 14:10 (UK)

What is the expected weather for the weekend? 26c for race day, hot and sunny

What channel is the Italian Grand Prix on in the UK? Both the qualifying and race will be televised live on Sky Sport F1

Where can I stream the Italian Grand Prix in the UK? Sky Sports subscribers can stream the qualifying and race live on Sky Go

Where can I get tickets for the Italian Grand Prix? https://tickets.formula1.com/en/f1-3293-italy

Who won the 2018 Italian Grand Prix on? Lewis Hamilton (Mercedes) 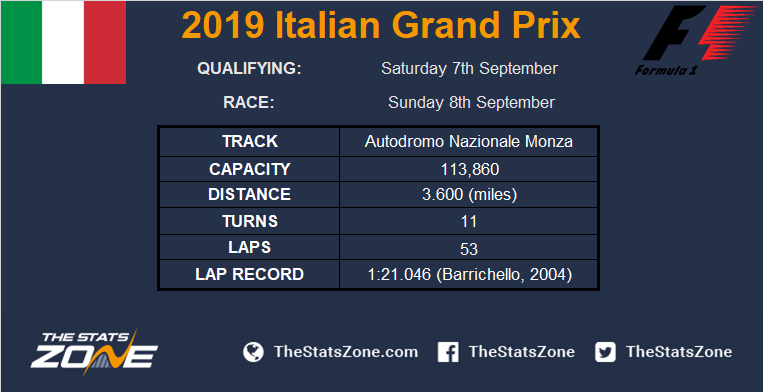 After an emotional weekend for motor racing with the tragic death of F2 driver Anthoine Hubert in Spa, Charles Leclerc was a popular winner at the Belgium GP not least because of his close friendship with Hubert. It was a mature drive from Leclerc, who was able to absorb pressure from Lewis Hamilton to take the chequered flag and claim his first F1 win.

Heading to legendary Monza and the ‘Temple of Speed’, Ferrari will be hoping for back-to-back wins. If ever there is a race Ferrari are desperate to win, it’s their home race in Italy. All efforts will be taken to give them their best chance of a first home win since 2010. Ferrari are bringing a new spec engine for Monza, which should give their straight-line speed even more grunt.

There are questions as to whether Sebastian Vettel is making too many mistakes. It cannot be easy for the four-time champion having to play the defensive support role to his inexperienced team-mate. With Leclerc beating Vettel in qualifying so far this season, Vettel will be hoping to reassert his authority in front of the adoring Italian Tifosi.

Monza is all about speed, Ferrari will have the advantage on the long straights, but will be fearful of Mercedes’ better tyre management and race pace. Ferrari should dominate, qualifying and secure the two top-spots, and the main race will be close between them and Mercedes. Sadly, Red Bull won’t be challenging for victory in Italy. Watch out for teams trying to get a slip stream advantage on the long straights during qualifying.

Following Spa, Hamilton immediately demanded that Mercedes find “some drastic improvements to our straight-line speed” in time for the Italian GP having suffered against Ferrari in Belgium. In Monza, Mercedes’ racing strategy and Hamilton’s relentlessness will be key to denying Ferrari a home win and Hamilton will be particularly motivated to prevent Ferrari winning in Italy.

With Ferrari proving to have the straight-line power advantage over the Mercedes in Spa we are, hopefully, in for another tight battle in Monza between the two-top teams. The Italian GP is characterised by long straights. This will be Ferrari’s main advantage. Although Mercedes will be challenging and have good race pace, realistically this weekend should be about Ferrari.

With the impressive and measured form Leclerc displayed in Belgium, and his dazzling one-lap qualifying speed, it is hard to bet against him this weekend. The prediction is for Leclerc to take the chequered flag and claim his second F1 victory.