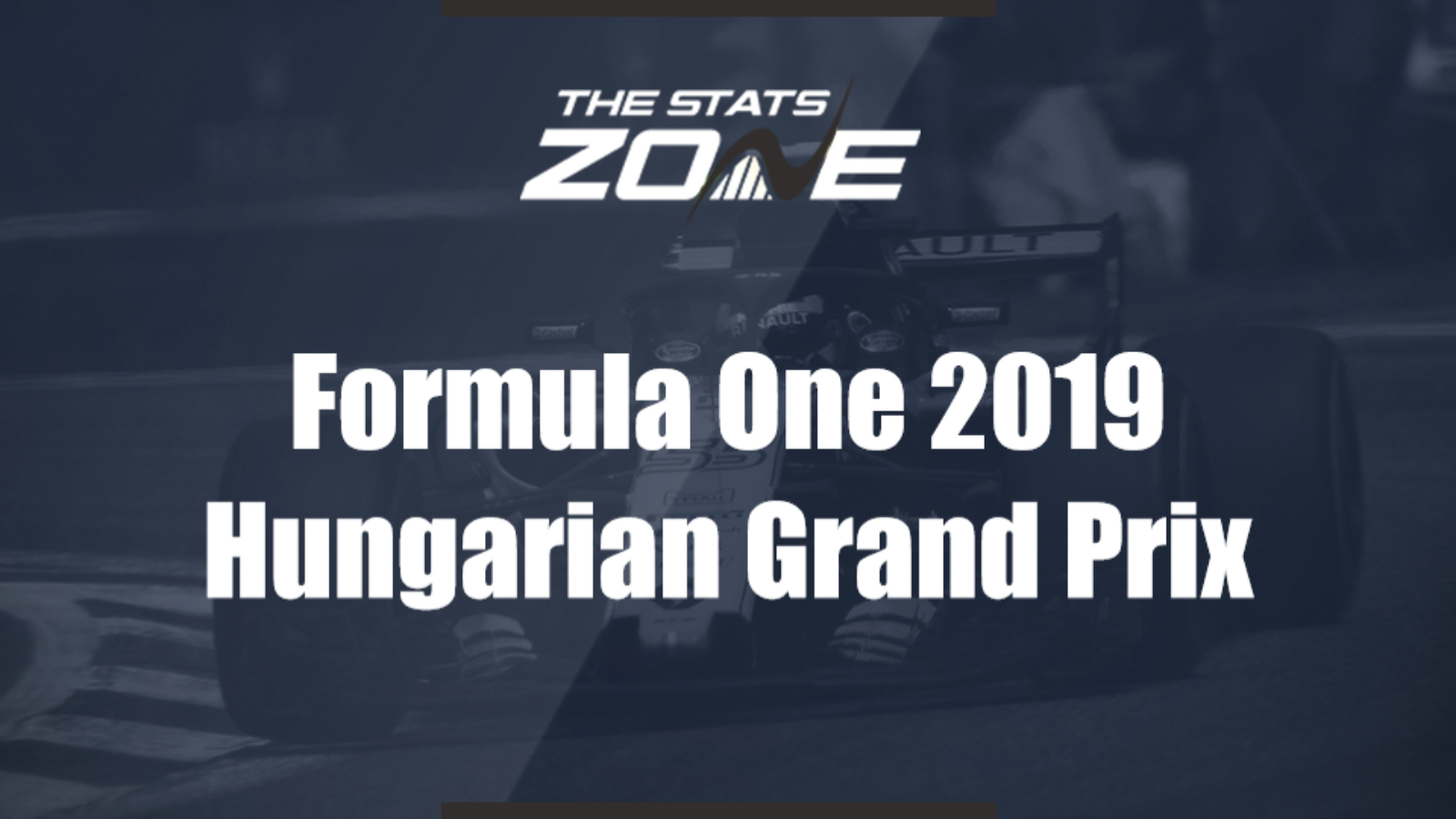 When does qualifying begin for the Hungarian Grand Prix? Saturday 3rd August, 14:00 (UK)

When does the race begin for the Hungarian Grand Prix? Sunday 4th August, 14:10 (UK)

What is the expected weather for the weekend? 26-degrees for race day with some cloud. Possible rain

Where can I stream the Hungarian Grand Prix in the UK? Sky Sports subscribers can stream the qualifying and race live on Sky Go

Where can I get tickets for the Hungarian Grand Prix? https://tickets.formula1.com/en/f1-3277-hungary

Who won the 2018 Hungarian Grand Prix on? Lewis Hamilton (Mercedes) 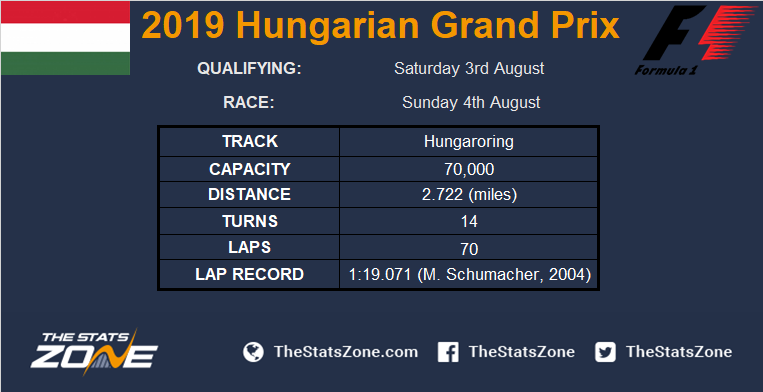 Hungary is an important race in the calendar, as teams that perform strongly around the Hungaroring heading into F1’s summer break can leave with their heads held high while the losers have an agonising wait until the Belgian GP at the end of August.

After an eventful and action packed race in Germany affected badly by rainfall, the F1 convoy moves to the Hungaroring for the Hungarian GP. Hungary marks the second half of the season and the last race before the three-week summer break and factory shutdown. After three fantastic back-to-back races, fans will be hungry for more.

The Hungaroring is a technical circuit that demands precision and attention from the drivers and good set-up balance from the car. There are few overtaking points, so qualifying and tyre management will be crucial.

After Max Verstappen’s epic win at the German GP, Honda engines have now won two races this season. The way Red Bull are closing down on Mercedes, the improving Honda grunt and Verstappen's consistency will see him one of favourites to win in Hungary - a circuit quite suited towards the characteristics of the Red Bull.

Mercedes’ 125th anniversary celebrations were ruined by a shambolic German GP. Strategically they were terrible as they were on the wrong tyre at the wrong times, then both drivers had off-track excursions. They can afford a bad day but will be hoping to get back to normal excellence in Hungary and immediately bounce back.

After a disastrous qualifying for both Ferrari drivers in Germany, the Italian team will be seeking improved reliability in Hungary. Ferrari will be encouraged by their German race pace and by Vettel's movement through the pack from the back of the grid to finish P2. Ferrari are still looking for their first win of the season, with this race before the summer break as good a time as any to start.

Hungary is an important race in the calendar, as teams that perform strongly around the Hungaroring heading into F1’s summer break can leave with their heads held high while the losers have an agonising wait until the Belgian GP at the end of August.

This technical race should see a close battle between the big three: Hamilton, Verstappen and Vettel but, ultimately, Hamilton bouncing back after his German nightmare and take the chequered flag in Hungary.