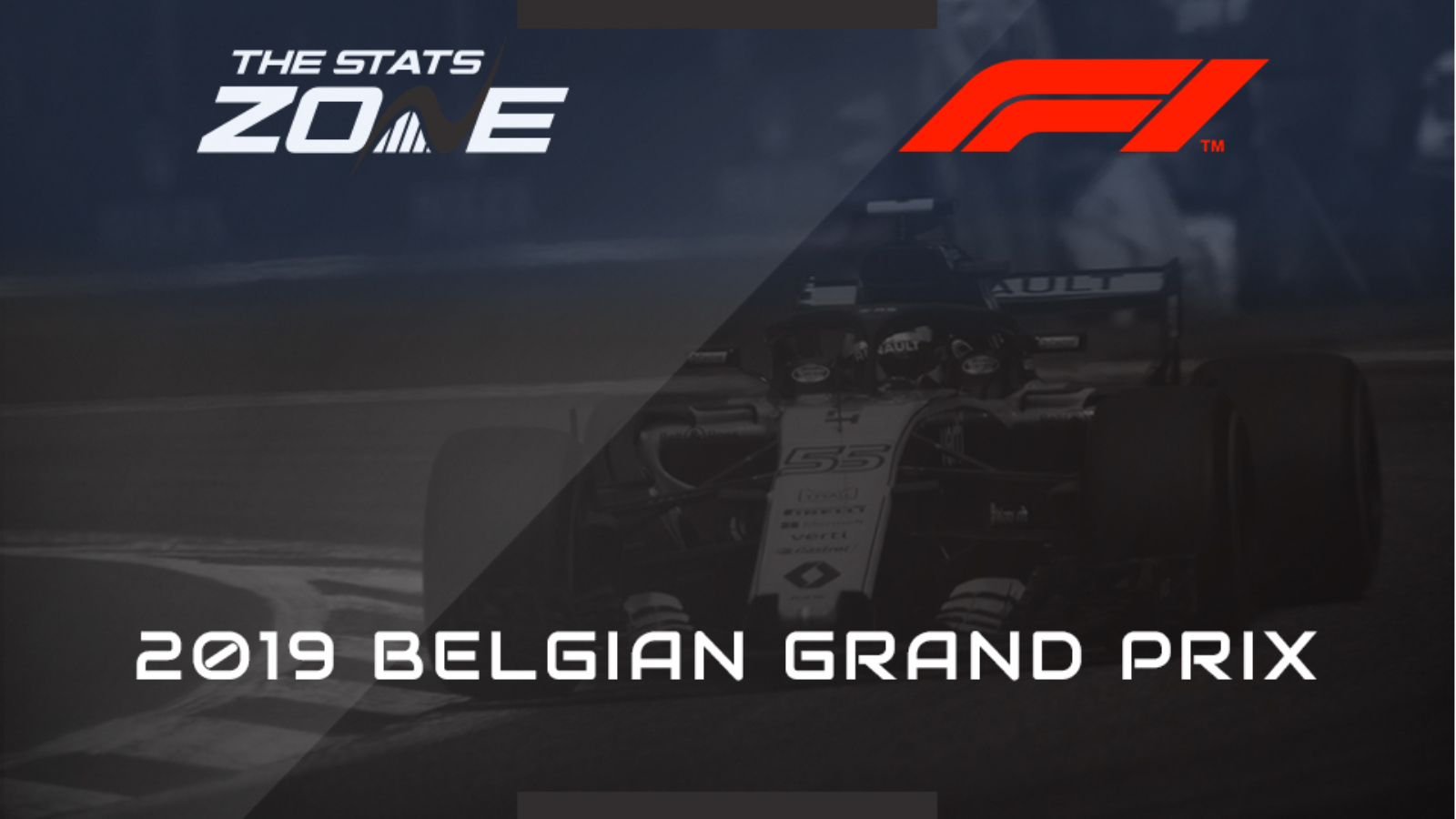 When does qualifying begin for the Belgian Grand Prix? Saturday 31st August, 14:00 (UK)

When does the race begin for the Belgian Grand Prix? Sunday 1st September, 14:10 (UK)

What is the expected weather for the weekend? 24c for race day with some cloud

What channel is the Belgian Grand Prix on in the UK? Both the qualifying and race will be televised live on Sky Sport F1

Where can I stream the Belgian Grand Prix in the UK? Sky Sports subscribers can stream the qualifying and race live on Sky Go

Where can I get tickets for the Belgian Grand Prix? https://tickets.formula1.com/en/f1-3286-belgium

Who won the 2018 Belgian Grand Prix on? Sebastian Vettel (Ferrari) 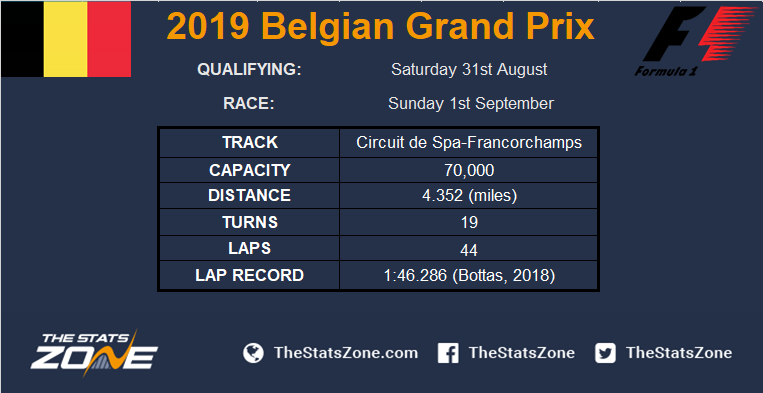 F1 returns from its summer hiatus and roars back into action as we return to the Circuit de Spa-Francorchamps for one the greatest, historic circuits. This European classic is famous for its long straights and challenging fast corners – some of the best on the calendar – including the iconic Eau Rouge corner.

It’s the perfect place for F1 to return to and could, as it often does, give us an exciting race. Spa is notorious for the unpredictable weather and the size of the track means it can sometimes be raining on one part of the circuit and dry on another - all the ingredients for thrilling racing.

Only the true greats of the sport, such as Senna or Schumacher, have conquered this special circuit. Spa is the ultimate test of a drivers’ skill and bravery, especially in the wet. Lewis Hamilton and Sebastian Vettel are level on three wins each here, as they look to join Kimi Raikkonen on four wins.

After the Hungarian GP's titanic battle between Hamilton and Max Verstappen, the stage is set for another thrilling duel in Belgium this weekend. With its long straights and hill climbs Spa is a power-hungry circuit where Ferrari should be in the mix and give us a three-team battle. Vettel took the flag last year.

The Belgian GP is a race where both Pierre Gasly and Valtteri Bottas are fighting to save their drives for the 2020 season. Pressure is mounting on them both as they went backwards during the Hungarian GP, finishing a way behind, whilst their respective team-mates battled for the race win.

With the Redbull Honda proving to be a closer match for the Mercedes power in the last few races we are, hopefully, in for another tight battle in Belgium. Spa, should also see Ferrari back on form and in the mix. All the drivers and teams will be recharged after the summer break, and most will bring some new updates to their cars.

With the peerless and supreme form Hamilton is displaying it is hard to side with anyone else this weekend. The prediction is for Hamilton to take the chequered flag and claim his fourth victory at Spa.