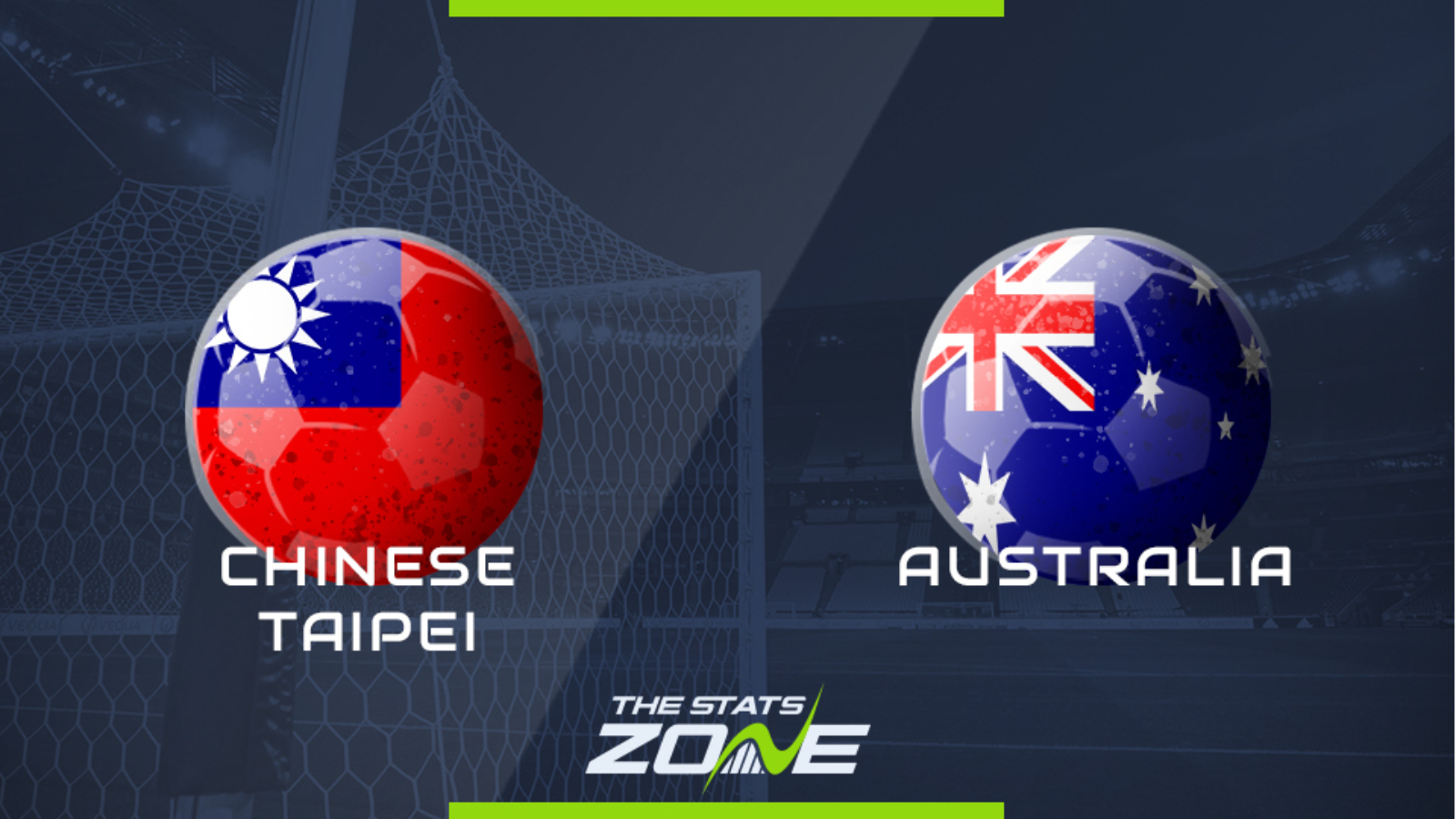 Where can I stream Chinese Taipei vs Australia? N/A

Where can I get tickets for Chinese Taipei vs Australia? Tickets may be available on this link

Australia have comfortably won their opening two matches in their qualifying group and they should extend that record against a Chinese Taipei team that lost 2-0 at home in September to Nepal who in turn were brushed aside 5-0 by Australia earlier this week. Having kept a clean sheet in each of their two previous matches, Australia will want to ensure they shut-out their opponents again whilst at the other end of the pitch it would be a surprise if Australia didn’t score the goals to give them an easy enough win.