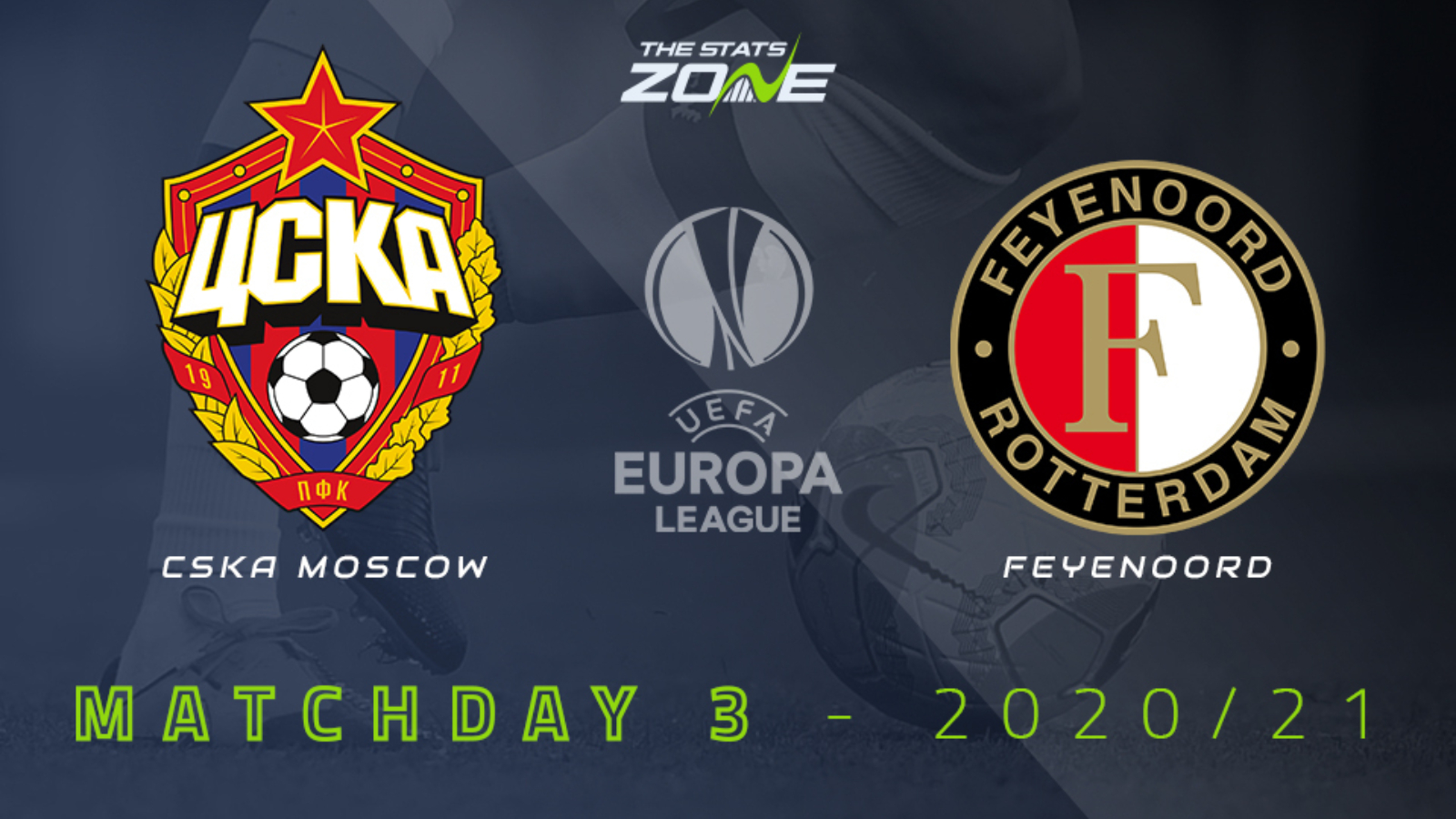 Where is CSKA Moscow vs Feyenoord being played? VEB Arena, Moscow

Where can I get tickets for CSKA Moscow vs Feyenoord? A lot of Europa League games are being played without spectators but the situation is changing rapidly so it is worth checking official club websites for updates

What TV channel is CSKA Moscow vs Feyenoord on in the UK? BT Sport have the rights to UEFA Europa League matches in the UK, so it is worth checking their schedule

Where can I stream CSKA Moscow vs Feyenoord in the UK? Subscribers can stream the match live on the BT Sport website & app

They may only have lost one of their three matches in the Europa League so far, but CSKA sit bottom of Group K with just two points and they desperately need to get a win under their belt. They play the reverse fixture from matchday three which saw Feyenoord beat them 3-1 in Rotterdam so they will have to improve drastically here. They have struggled offensively in Europe this season and they will be relying on this season’s standout performers Vlasic and Kuchaev to inspire them. Their Dutch opponents have won their last four games as they are in a rich vein of form and the goals are flowing. They have to be favoured to get on the scoresheet at the minimum so consider both teams to score in a game where CSKA will have to take the initiative.