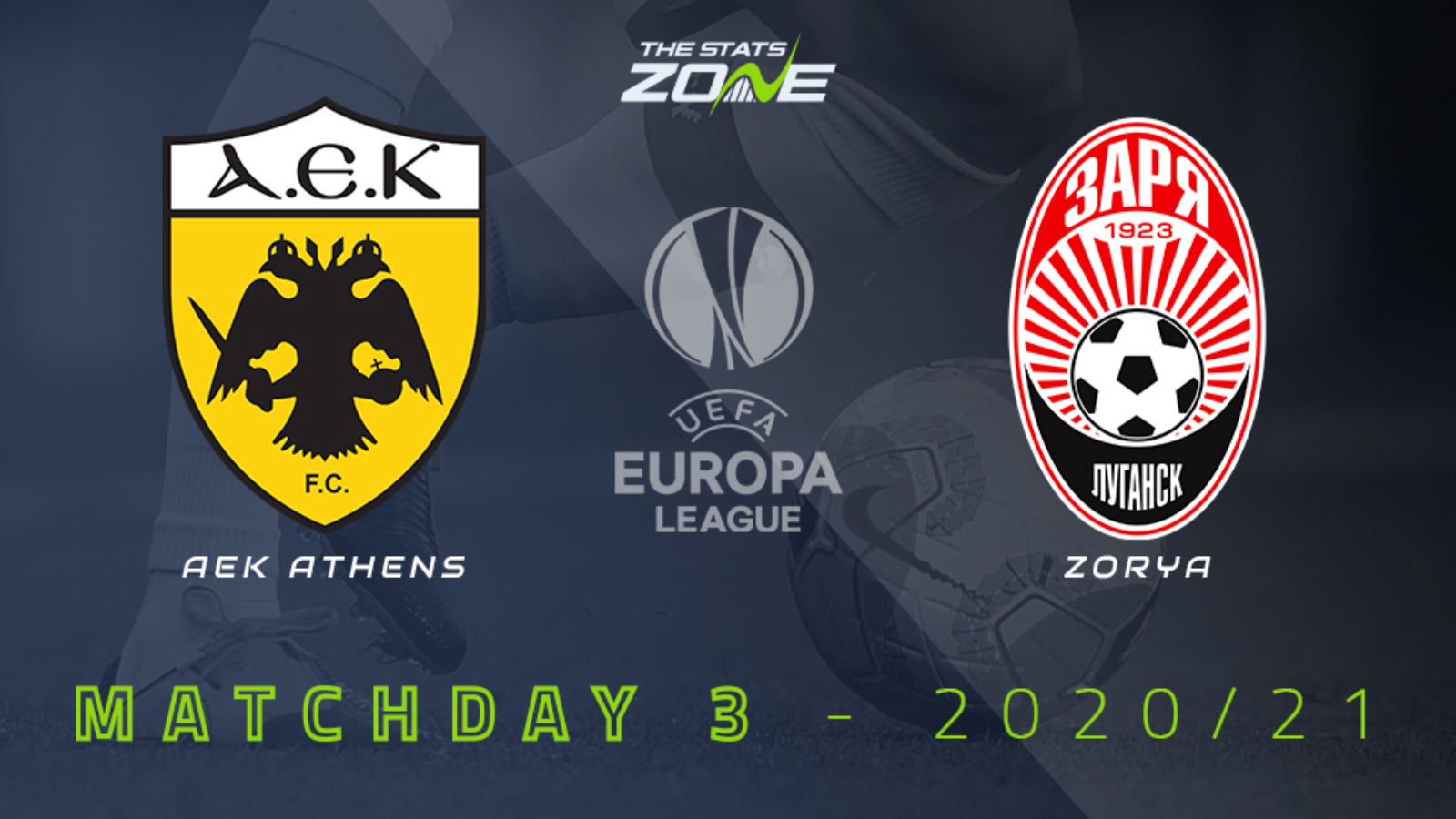 Where is AEK Athens vs Zorya being played? Olympiako Stadio Spyros Louis, Athens

Where can I get tickets for AEK Athens vs Zorya? A lot of Europa League games are being played without spectators but the situation is changing rapidly so it is worth checking official club websites for updates

What TV channel is AEK Athens vs Zorya on in the UK? BT Sport have the rights to UEFA Europa League matches in the UK, so it is worth checking their schedule

Where can I stream AEK Athens vs Zorya in the UK? Subscribers can stream the match live on the BT Sport website & app

AEK Athens claimed a 4-1 victory when these two teams met in the reverse fixture three weeks ago and another win for them here would keep them very much in the hunt for a top two finish. The Greek side warmed up well for this fixture with a comprehensive 4-1 triumph against Larissa at the weekend and they will certainly be buoyed at having scored eight goals in their last two outings. There has been little shown in Zorya’s previous performances in this group to suggest that they will avoid a fourth successive defeat and so a home win looks to be on the cards. The visitors have trailed by a two-goal margin at half-time in each of their three previous Europa League matches this season so a bet on AEK to be winning at both half-time and full-time is an option worth consideration.