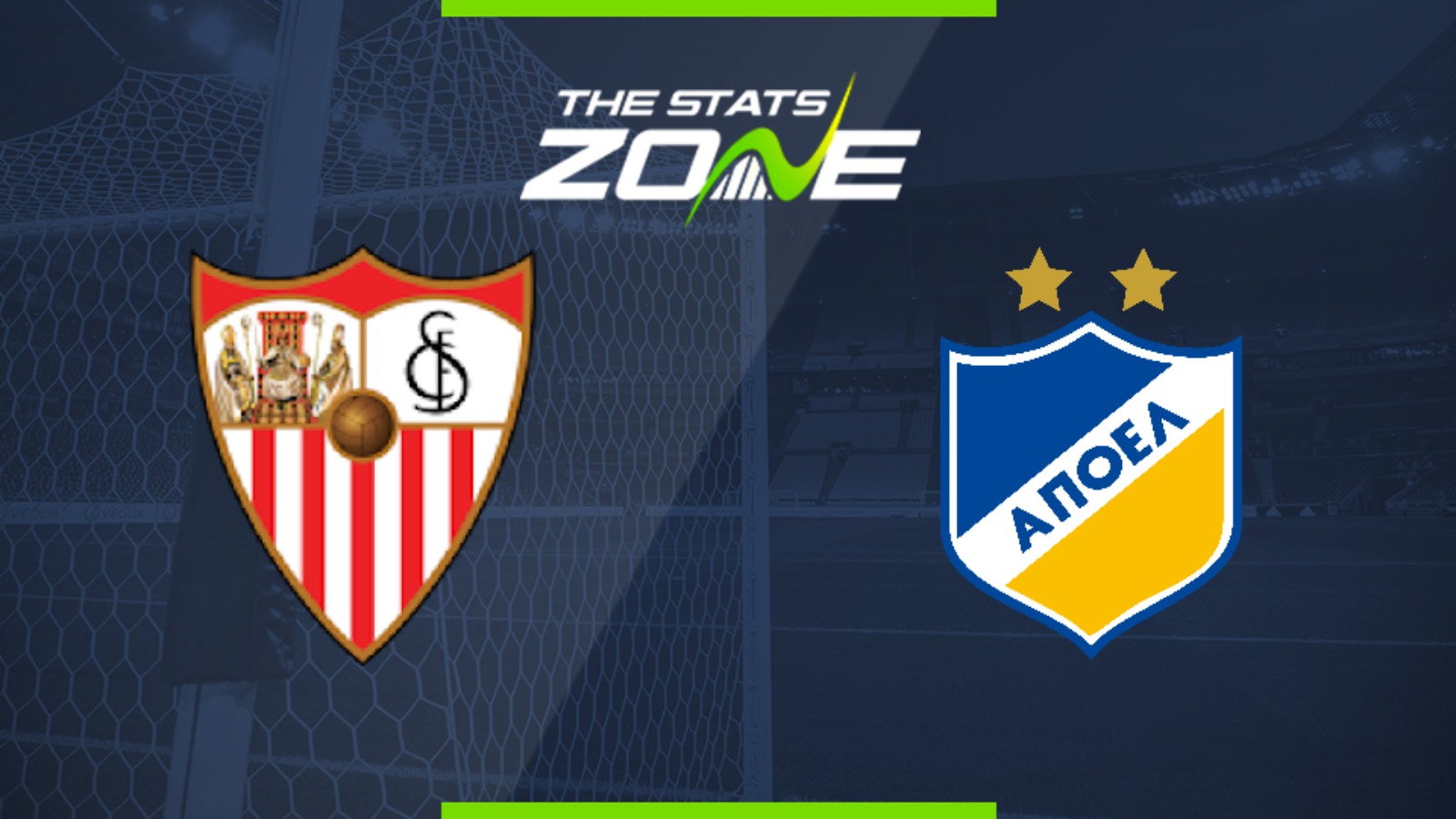 Where is Sevilla vs APOEL being played? Estadio Ramón Sánchez Pizjuán

What are the expected weather conditions for Sevilla vs APOEL? Clear, 23c

What TV channel is Sevilla vs APOEL on in the UK? BT Sport have the rights to UEFA Europa League matches in the UK, so it is worth checking their schedule

Where can I stream Sevilla vs APOEL in the UK? Subscribers can stream the match live on the BT Sport website & app

Where can I get tickets for Sevilla vs APOEL?

What was the score in the last meeting between Sevilla & APOEL? N/A

Five-time Europa League winners Sevilla made a positive start to their campaign with a 3-0 victory at Qarabag last time out. Cypriot champions APOEL have lost eight of their previous nine visits to Spain, while Sevilla have won their last six home games in the competition.