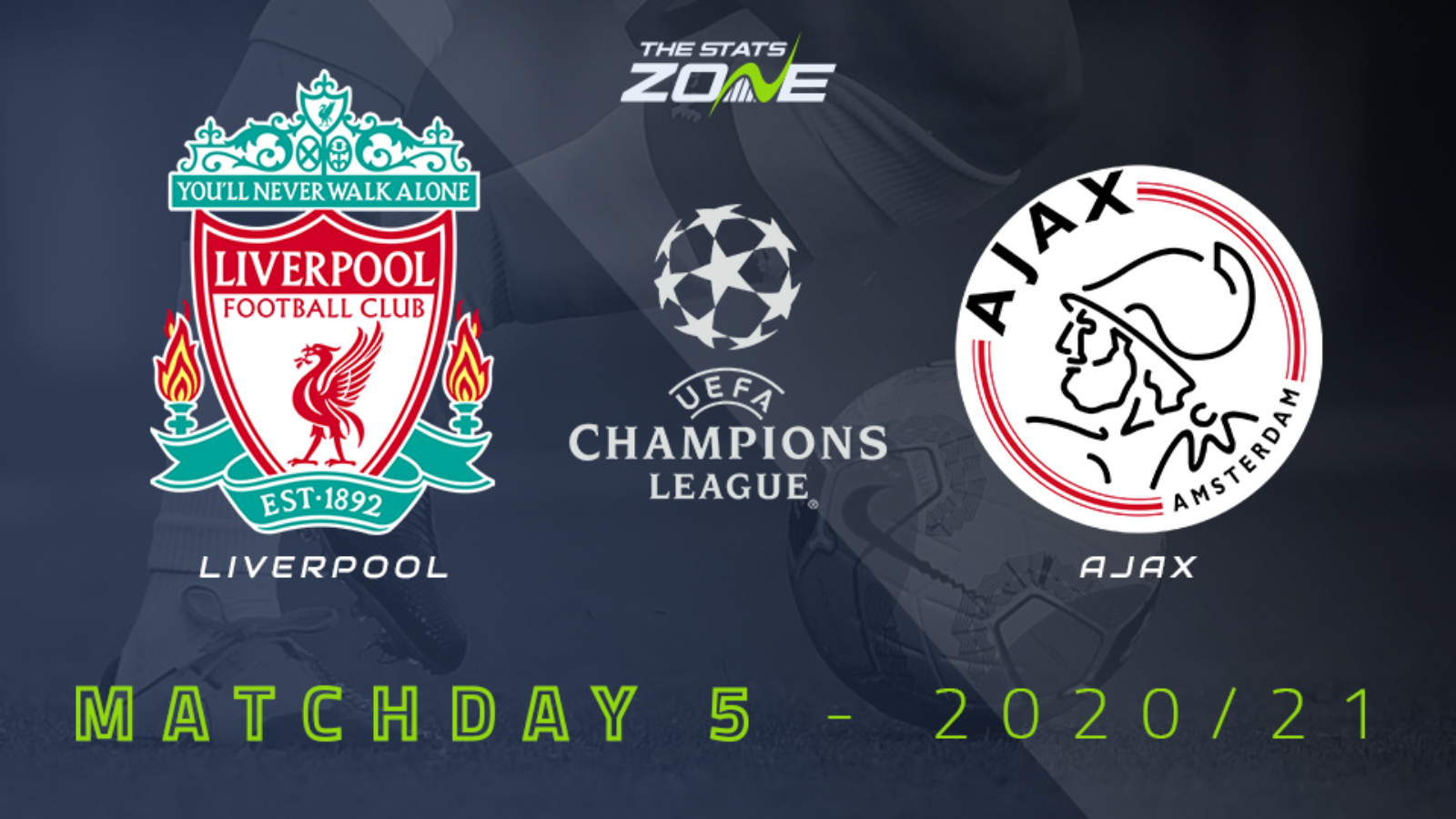 Where is Liverpool vs Ajax being played? Anfield, Liverpool

Where can I get tickets for Liverpool vs Ajax? A lot of Champions League games are being played without spectators but the situation is changing rapidly so it is worth checking official club websites for updates

What TV channel is Liverpool vs Ajax on in the UK? BT Sport have the rights to UEFA Champions League matches in the UK, so it is worth checking their schedule

Where can I stream Liverpool vs Ajax in the UK? Subscribers can stream the match live on the BT Sport website & app

Liverpool blew their chance of qualifying from Group D on Matchday 4, after losing 0-2 at home to Italian side Atalanta. It was a shock result that has now blown the group wide open, with the Reds now just two points behind both Atalanta and Ajax, who travel to Anfield on Matchday 5. Liverpool are suffering with a number of injury problems at present, especially in defence whilst Ajax could be without Daley Blind due to a hamstring injury. The Eredivisie side have won their last six matches in all competitions and will show no fear towards the Premier League champions. Whilst Liverpool’s attacking options, including Mohamed Salah, Sadio Mane, Roberto Firmino and Diogo Jota will prove a formidable opposition, their defensive absentees such as Virgil van Dijk, Joe Gomez and Trent Alexander-Arnold will provide confidence to the visitors and both teams to score should be considered here.