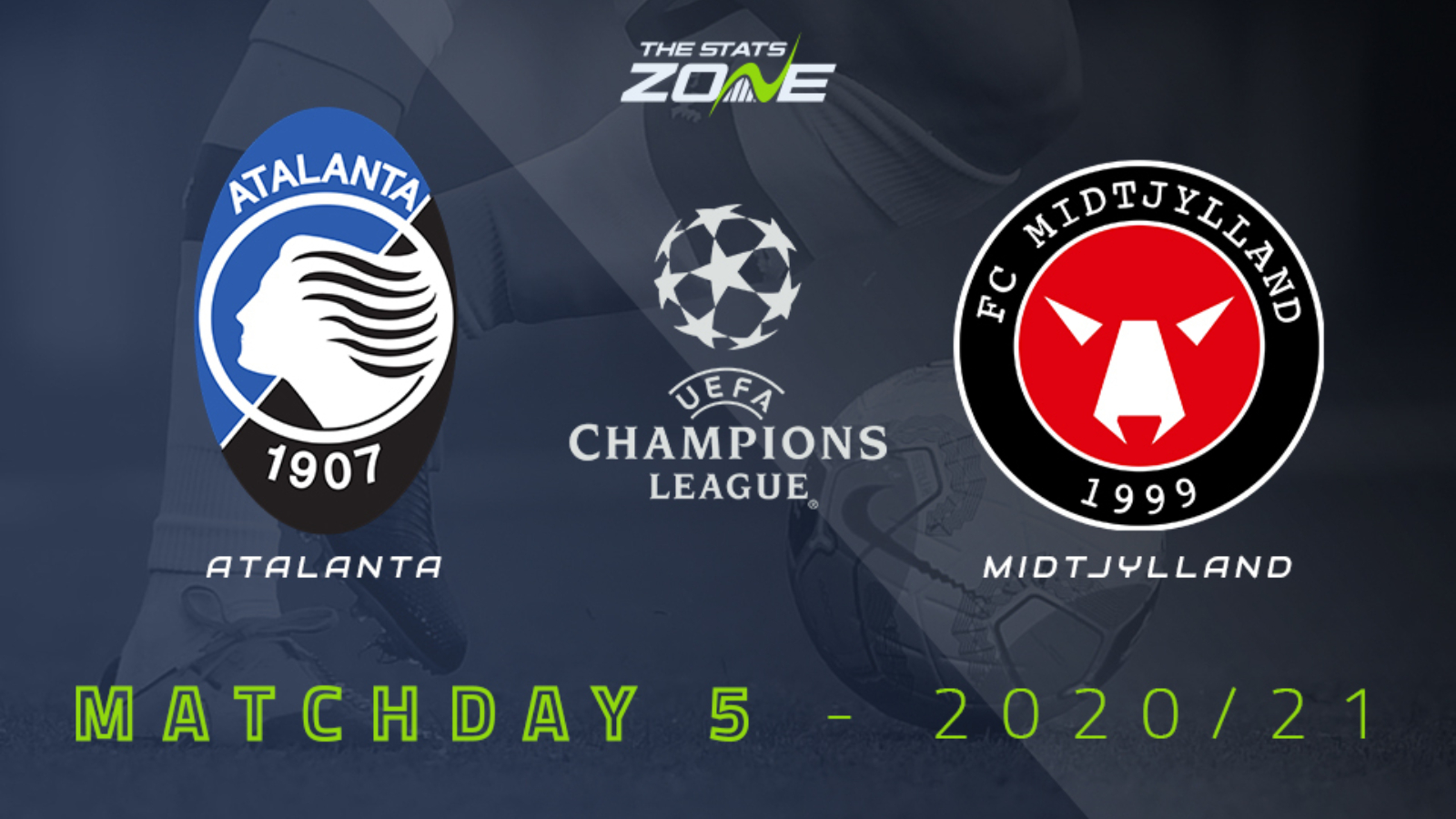 Where is Atalanta vs Midtjylland being played? Gewiss Stadium, Bergamo

Where can I get tickets for Atalanta vs Midtjylland? A lot of Champions League games are being played without spectators but the situation is changing rapidly so it is worth checking official club websites for updates

What TV channel is Atalanta vs Midtjylland on in the UK? BT Sport have the rights to UEFA Champions League matches in the UK, so it is worth checking their schedule

Where can I stream Atalanta vs Midtjylland in the UK? Subscribers can stream the match live on the BT Sport website & app

After a stunning 0-2 win away to Liverpool on Matchday 4, Atalanta could well be set for a repeat of their UEFA Champions League group stage campaign last season, when ‘La Dea’ picked up two wins in their final two group games to qualify for the knockout stage. This season, the Italians already sit on seven points with two matches to play. However, they still remain outside the top two of Group D and face a must win encounter here against pointless Midtjylland. The win over the Premier League champions will have proven a huge confidence boost for Gian Piero Gasperini’s men and they are expected to show their freescoring best on Matchday 5, against the side they beat 0-4 away from home in the reverse fixture back on Matchday 1. Taking that into account, it would be a real surprise if Atalanta didn’t win this match by at least two clear goals.