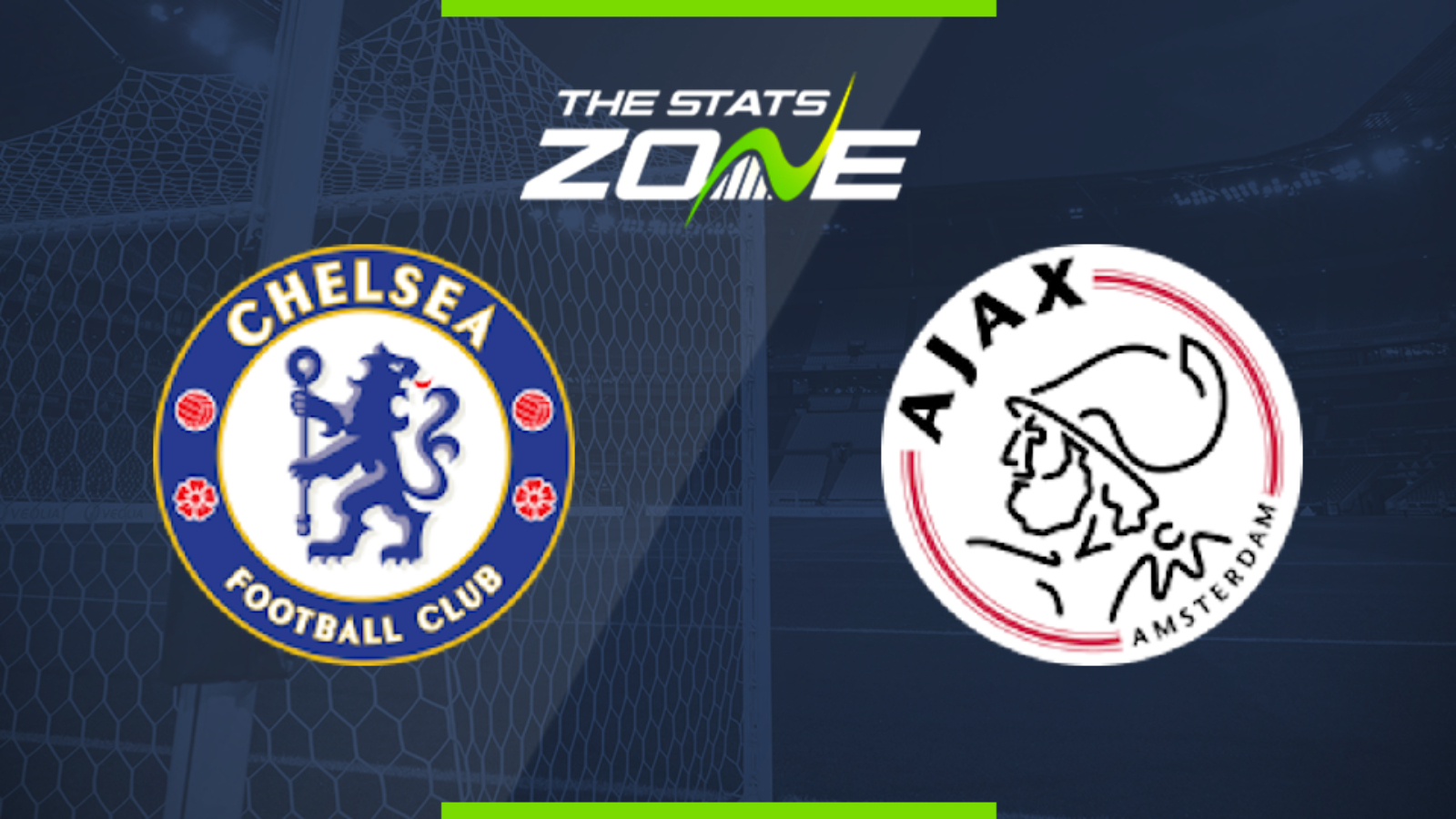 Where is Chelsea vs Ajax being played? Stamford Bridge

What TV channel is Chelsea vs Ajax on in the UK? BT Sport have the rights to UEFA Champions League matches in the UK, so it is worth checking their schedule

Where can I stream Chelsea vs Ajax in the UK? Subscribers can stream the match live on the BT Sport website & app

Where can I get tickets for Chelsea vs Ajax?

What was the score in the last meeting between Chelsea & Ajax? Ajax 0-1 Chelsea

Chelsea will have to break the mould of Ajax's last 13 away games in the UCL if they are to move into the driving seat in Group H. The Dutch side have won six and drawn seven of their last 13 on the road in this competition and with a tight game expected here, a draw is on the cards again.