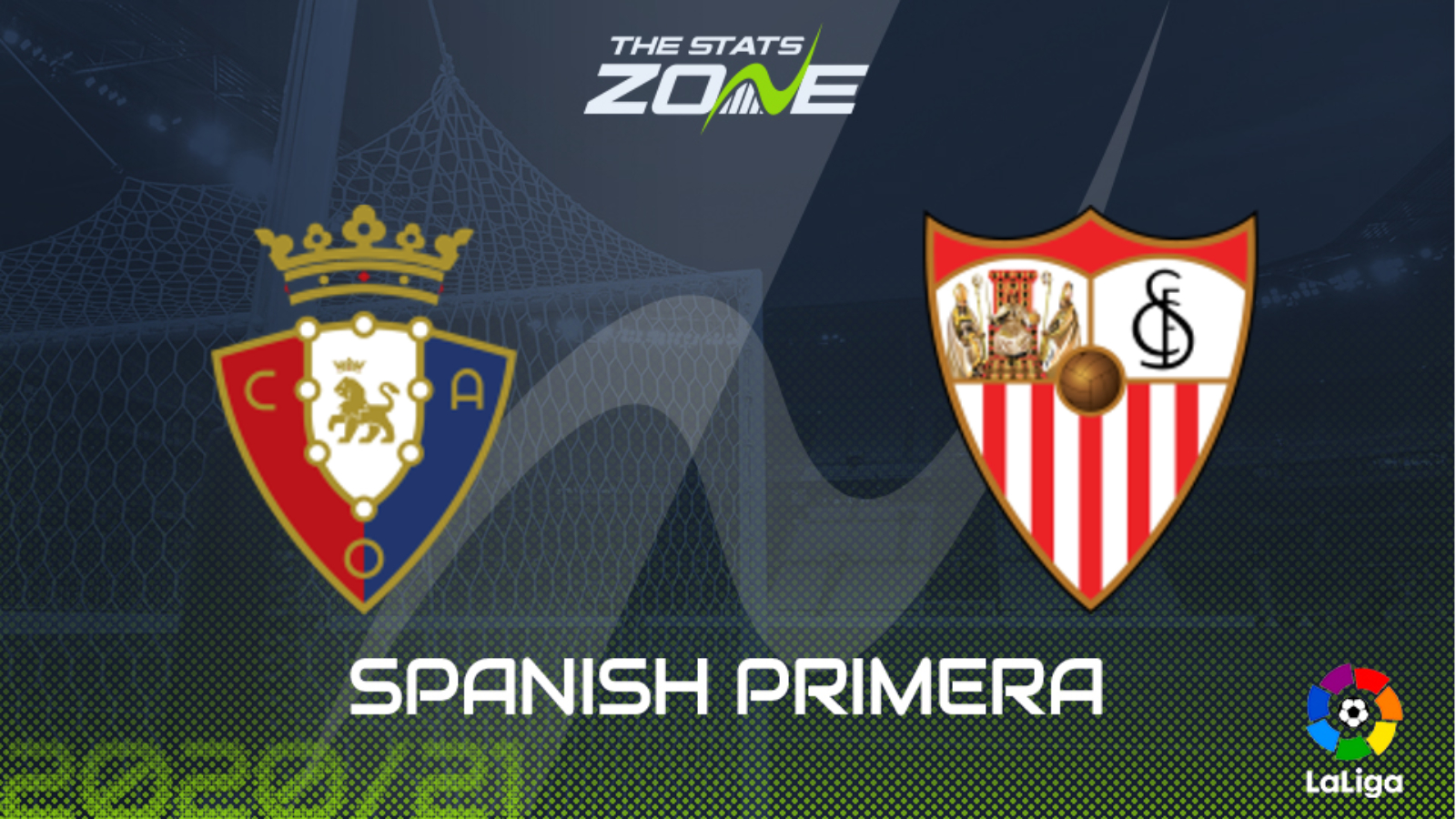 Where is Osasuna vs Sevilla being played? Estadio El Sadar, Pamplona

Where can I get tickets for Osasuna vs Sevilla? No tickets are available as these matches are being played without spectators

What TV channel is Osasuna vs Sevilla on in the UK? This match will be televised live on LaLigaTV (Sky channel 435, Virgin channel 554) for those with a Premier Sport subscription

Where can I stream Osasuna vs Sevilla in the UK? Premier Sport subscribers in the UK can stream the match live via a Premier Player subscription

Osasuna’s impressive form in 2021 has given them a huge chance of survival and has even lifted them outside of the relegation zone. They have played eight games this year and have only lost two with three victories and just three defeats. This is remarkable for a side that had gone three months without a win. They come up against a Sevilla side who are competing on three fronts. The league looks to have passed them by due to their head-to-heads against Barca, Real and Atletico whilst the Champions League may have also passed them by after a 2-3 home defeat to Borussia Dortmund. A first leg victory in the Copa semi against Barcelona means the cup may be a priority. Both teams to score could be possible given Osasuna’s general improvement whilst Sevilla’s goals per games has also increased of late.