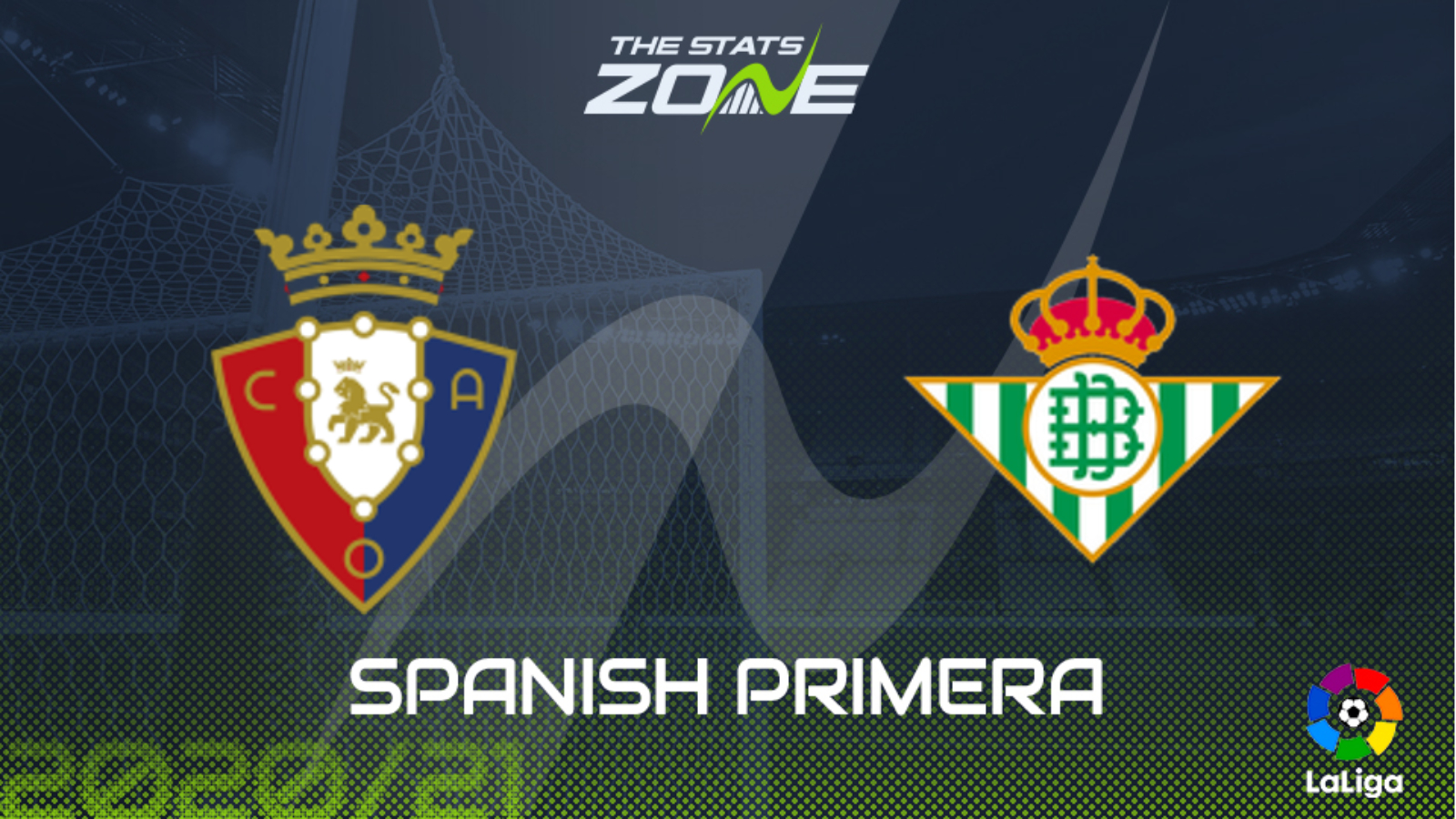 Where is Osasuna vs Real Betis being played? Estadio El Sadar, Pamplona

Where can I get tickets for Osasuna vs Real Betis? No tickets are available as these matches are being played without spectators

What TV channel is Osasuna vs Real Betis on in the UK? This match will be televised live on LaLigaTV (Sky channel 435, Virgin channel 554) for those with a Premier Sport subscription

Where can I stream Osasuna vs Real Betis in the UK? Premier Sport subscribers in the UK can stream the match live via a Premier Player subscription

This is a fixture between two sides out of form on paper. However, Osasuna’s indifferent form has seen only one result being below par. Defeats to Atletico, Sevilla and Barcelona are excusable but the home draw with Huesca will be a concern. Prior to that run of four fixtures, they defeated Athletic Club at home at the end of a four-game run of consecutive clean sheets and a collection of eight points out of 12. They are against a Betis side that have been so, so poor since the November international break. Manager Manuel Pellegrini is under a lot of pressure following a 4-0 defeat in Bilbao before a 2-0 home defeat to Eibar. An inconsistent start to the season is now becoming consistently bad. A recent inability to score should continue against this Osasuna side and the home team will fancy their chances of piling further pressure on the Andalucians.