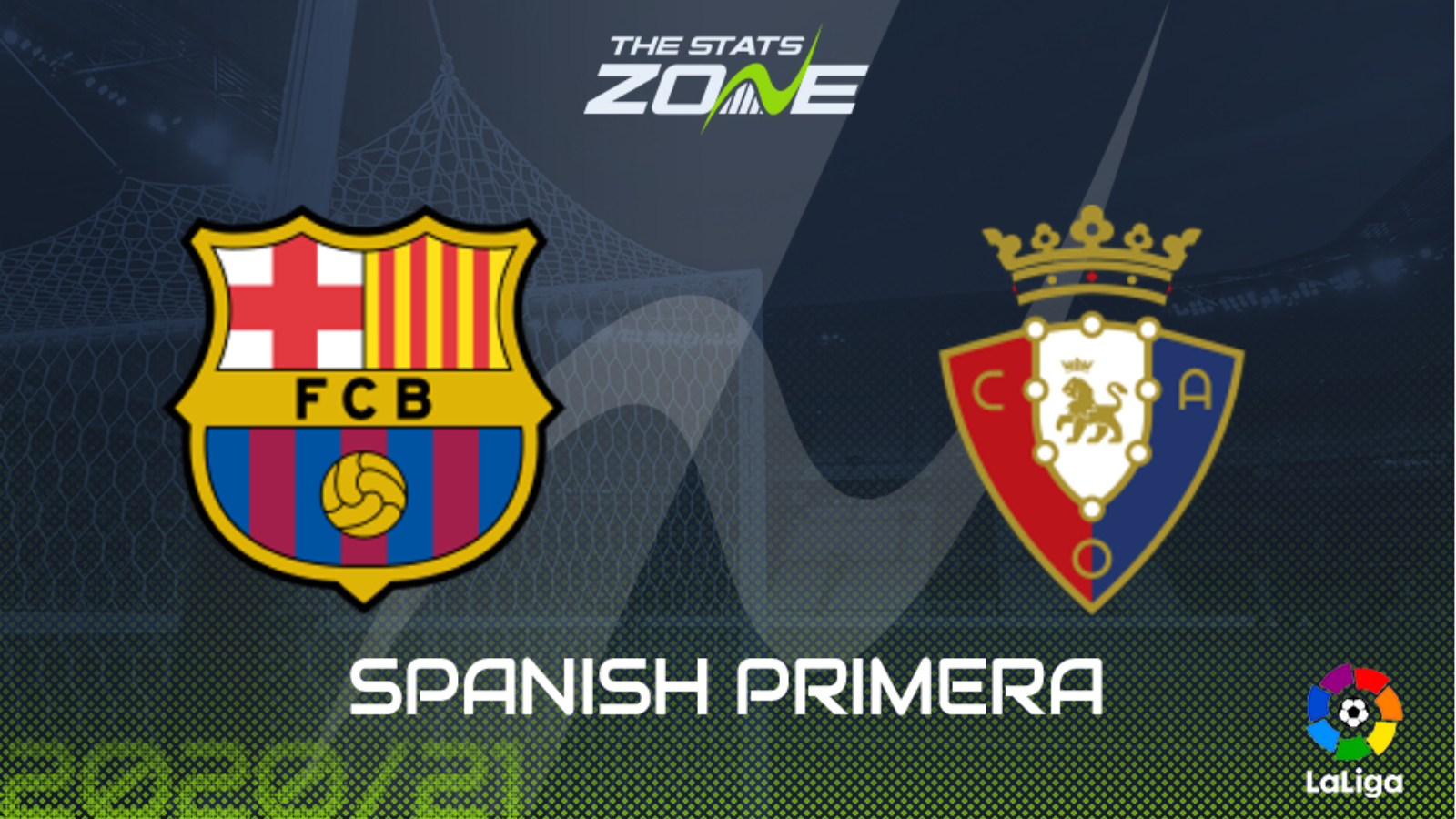 Where is Barcelona vs Osasuna being played? Camp Nou, Barcelona

Where can I get tickets for Barcelona vs Osasuna? No tickets are available as these matches are being played without spectators

What TV channel is Barcelona vs Osasuna on in the UK? This match will be televised live on LaLigaTV (Sky channel 435, Virgin channel 554) for those with a Premier Sport subscription

Where can I stream Barcelona vs Osasuna in the UK? Premier Sport subscribers in the UK can stream the match live via a Premier Player subscription

The Catalan giants enter this game on the back of a win over Dynamo Kiev in midweek. However, despite the scoreline looking comfortable at 3-0, the Ukrainian side had several chances and exploited the fragility and rigidity that Barcelona continue to show. The poor Liga start for Barca is their worst since 1991 and qualification for the Champions League next season is becoming more of a priority rather than a formality in Ronald Koeman’s plans. They come up against a side in Osasuna that have made a reasonable start to the season and have actually won as many games as Barcelona have so far. Despite this, the home team will expect to move onto 14 points and lift themselves into the top half of the table and following his resting in the Champions League midweek, Lionel Messi’s influence should overwhelm the visitors. However, a run of four straight clean sheets in October highlights the solidity of Osasuna so a low-scoring home victory looks likely.