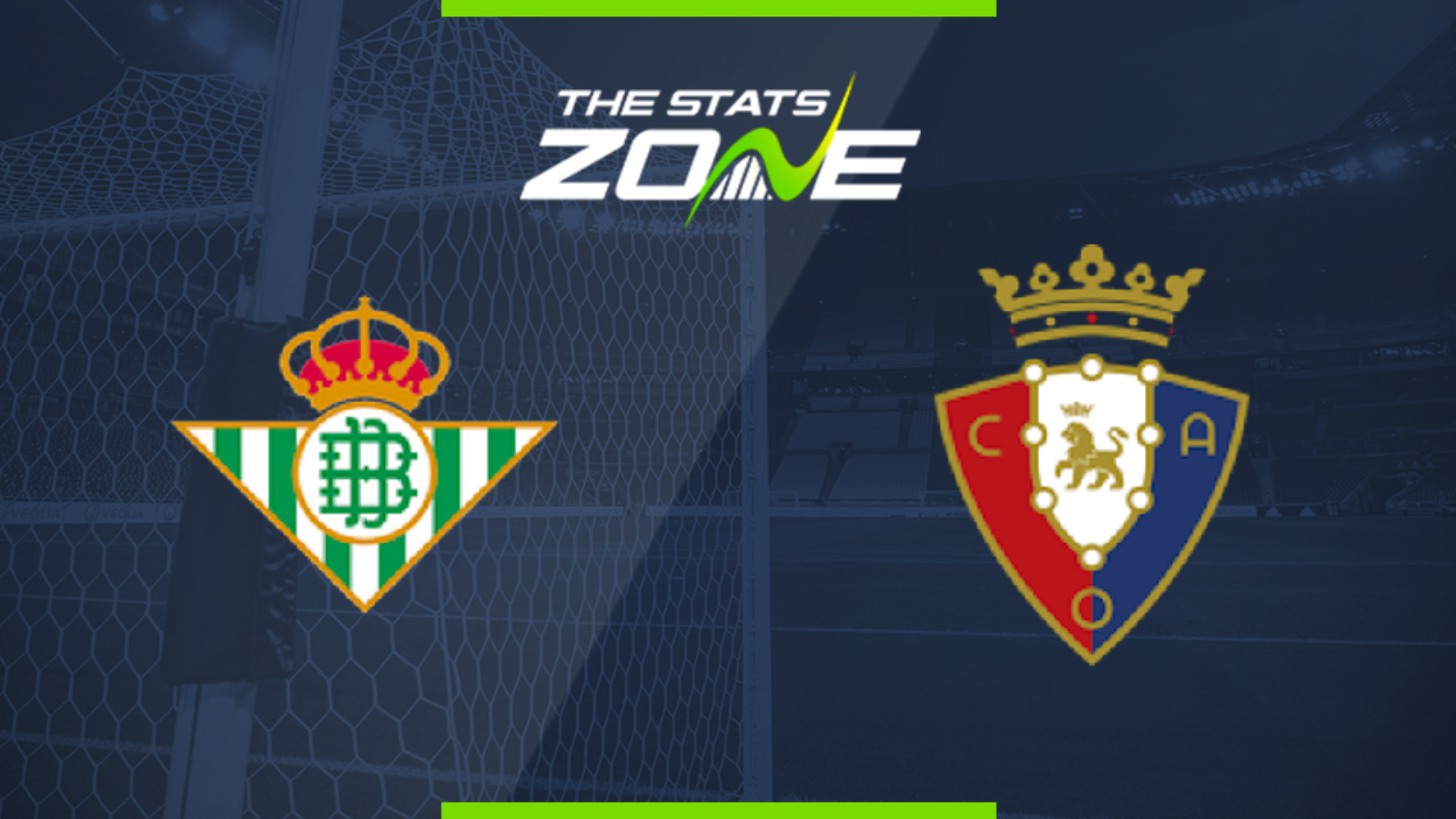 Where is Real Betis vs Osasuna being played? Estadio Benito Villamarín

Where can I get tickets for Real Betis vs Osasuna? No tickets are available as these matches are being played behind closed doors

What TV channel is Real Betis vs Osasuna on in the UK? This match will be televised live on LaLigaTV (Sky channel 435, Virgin channel 554) for those with a Premier Sport subscription

Where can I stream Real Betis vs Osasuna in the UK? Premier Sport subscribers in the UK can stream the match live via a Premier Player subscription

It is fair to say that neither of these teams have anything to play for but Osasuna are enjoying the freedom of safety and have picked up ten points from their last four games. Despite making plenty of rotations in each game, their squad are playing some of their best football of the season. Betis on the other hand have not been in particularly good form as their season peters out a little. They too will make changes and they will want a good result at home but this could be one of those drab end of season matches with few goals. Plenty of uncertainties in this game and one to see how it develops in play.