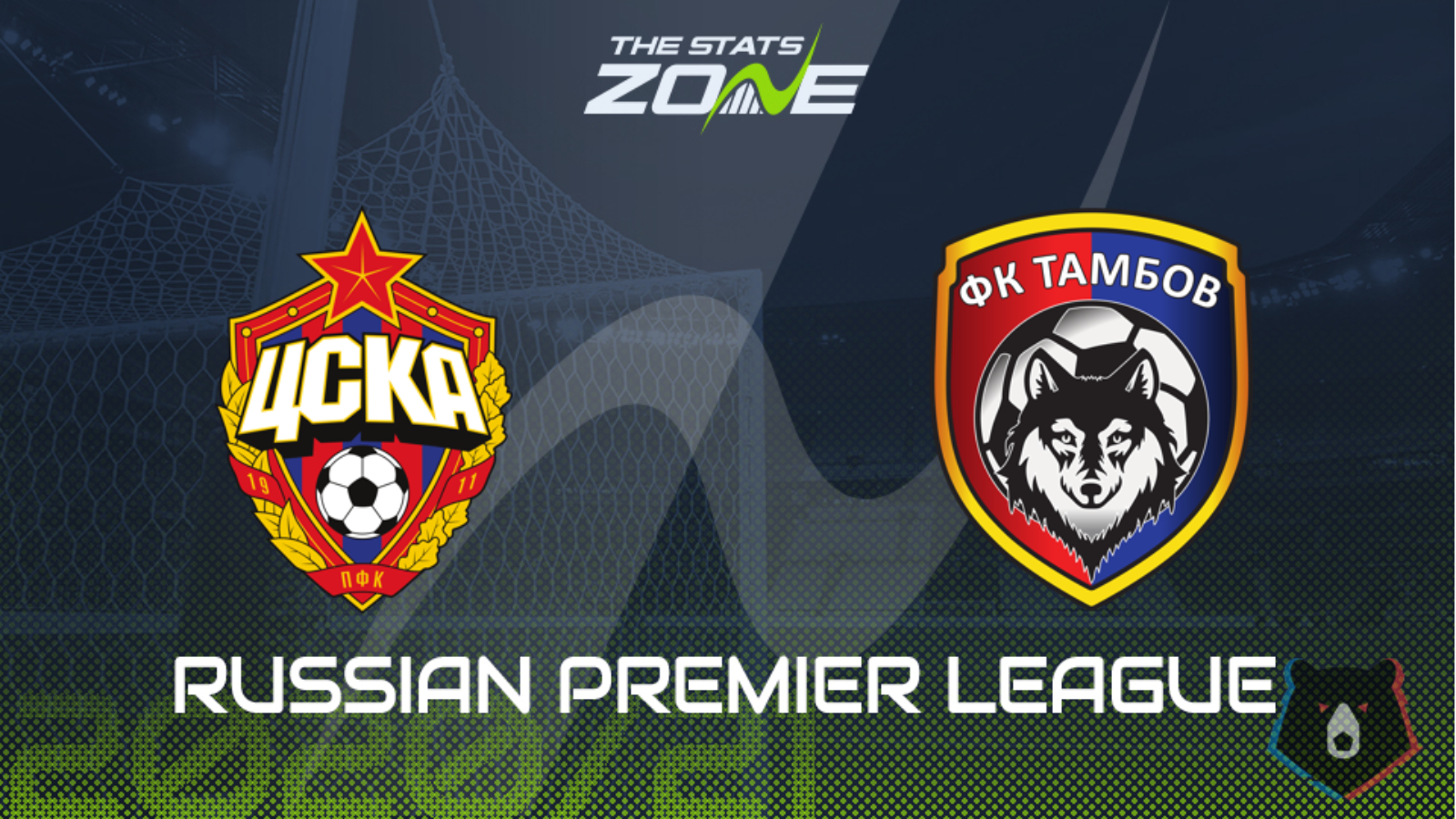 Where is CSKA Moscow vs Tambov taking place? VEB Arena

Where can I get tickets for CSKA Moscow vs Tambov? Ticket information can be found on each club’s official website

What television channel is CSKA Moscow vs Tambov on? This match will not be televised live in the UK

CSKA Moscow were disappointed at missing out on a place in the UEFA Champions League qualifiers at the end of last season, but they put that disappointment behind them with a 2-0 away win against Khimki in the opening round of the new campaign and now look well set to claim maximum points from this contest against Tambov too. The visitors only just avoided relegation last season having lost seven of their last nine games and they opened up their 2020-21 campaign with a 1-0 home defeat against Rostov. CSKA defeated Tambov 2-0 twice last season - including just under a month ago in their final match of the 2019-20 season - and even if they don’t repeat the 2-0 scoreline they still look capable of keeping a clean sheet whilst winning the game.