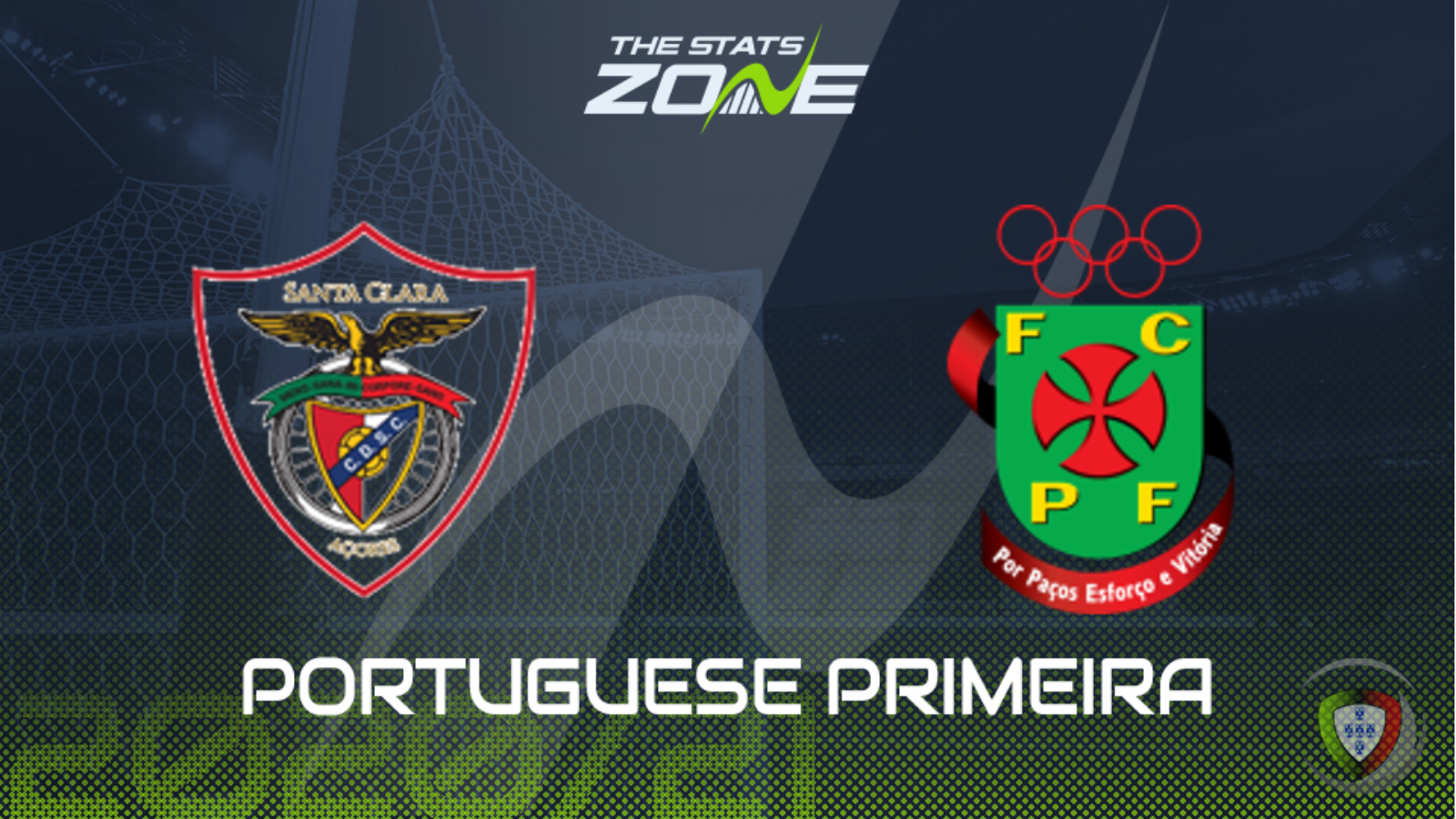 Where can I get tickets for Santa Clara vs Pacos de Ferreira? Portuguese Primera matches are currently being played without spectators

What television channel is Santa Clara vs Pacos de Ferreira on? FreeSports have the rights to Portuguese Primeira Liga matches in the UK, so it is worth checking their schedule

Where can I stream Santa Clara vs Pacos de Ferreira? If televised, subscribers can stream the match live on Premier Player

Back-to-back defeats by a goal to nil have spoiled Santa Clara’s recent run of form but they remain in a fairly comfortable mid-table position for now as part of the 11 teams still busy avoiding relegation at this stage of the season. They welcome Pacos de Ferreira having won just one of their last eight Primeira Liga matches at home and fearing the worst against a side whose two defeats in their last eight away games have come at the hands of Benfica and Sporting Lisbon. Pacos de Ferreira beat Vitoria Guimaraes 2-1 at home last Sunday to bounce back from that defeat to the league leaders and will be confident of a victory here, possibly a win to nil considering Santa Clara have drawn two blanks in a row now.