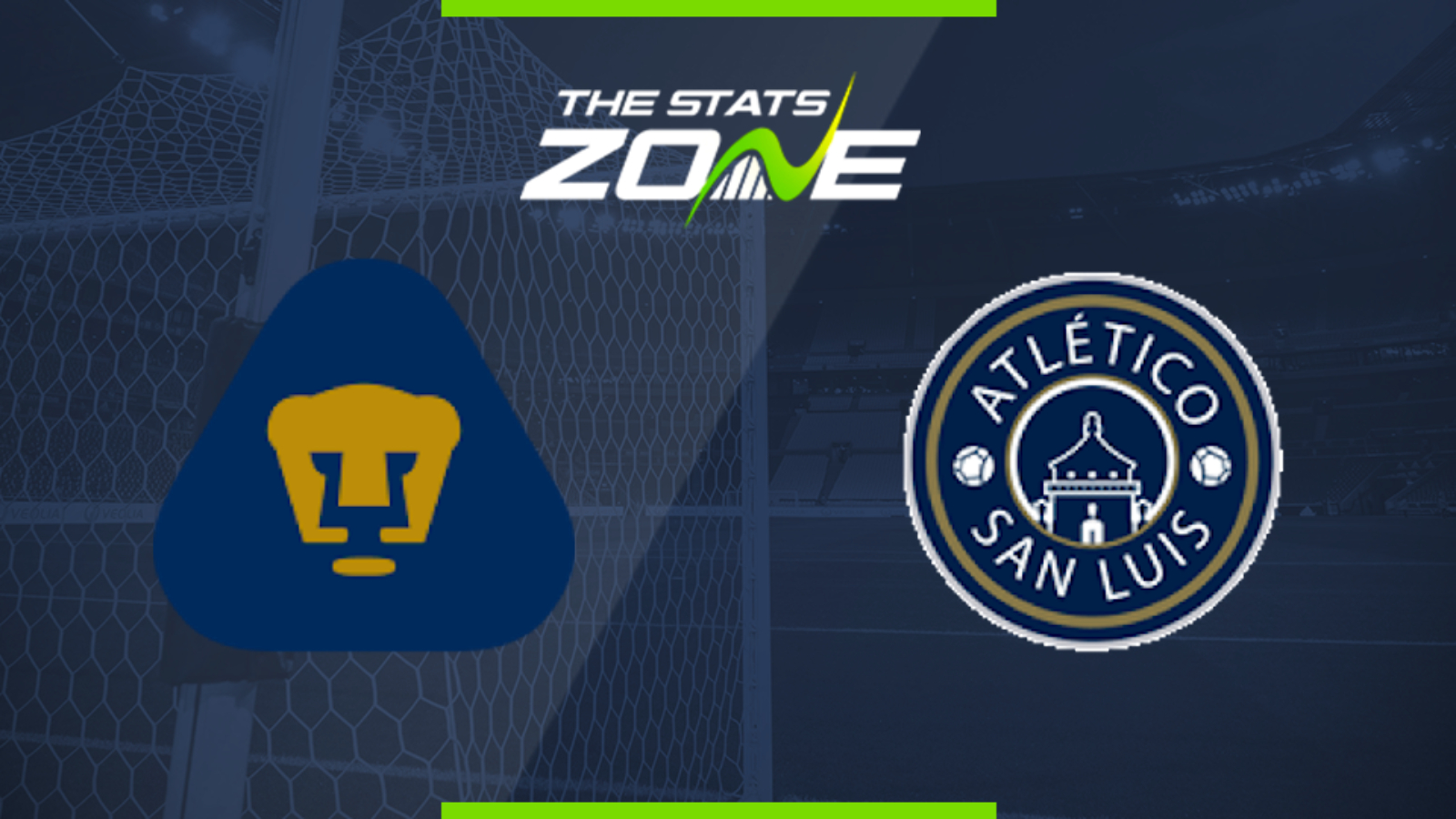 Where is Pumas UNAM vs Atletico San Luis being played? Estadio Olimpico Universitario

What TV channel is Pumas UNAM vs Atletico San Luis on? TUDN, Univision

Where can I get tickets for Pumas UNAM vs Atletico San Luis? https://www.viagogo.com.mx/Boletos-Deportes/Futbol/Liga-MX-2020-Boletos/E-4297621

Pumas have already scored eight goals in four Clausura matches and three of those games have ended with both teams scoring, meaning we could be in line for action at both ends of the pitch. The same thing has happened in San Luis’ last three games, so both clubs could be in line to deliver an open match. Pumas have been far better overall this season, and they look far more composed than a San Luis side that has been overachieving since the start of 2020. The hosts should find a win here with few issues as they have won their two home matches in the Clausura so far.