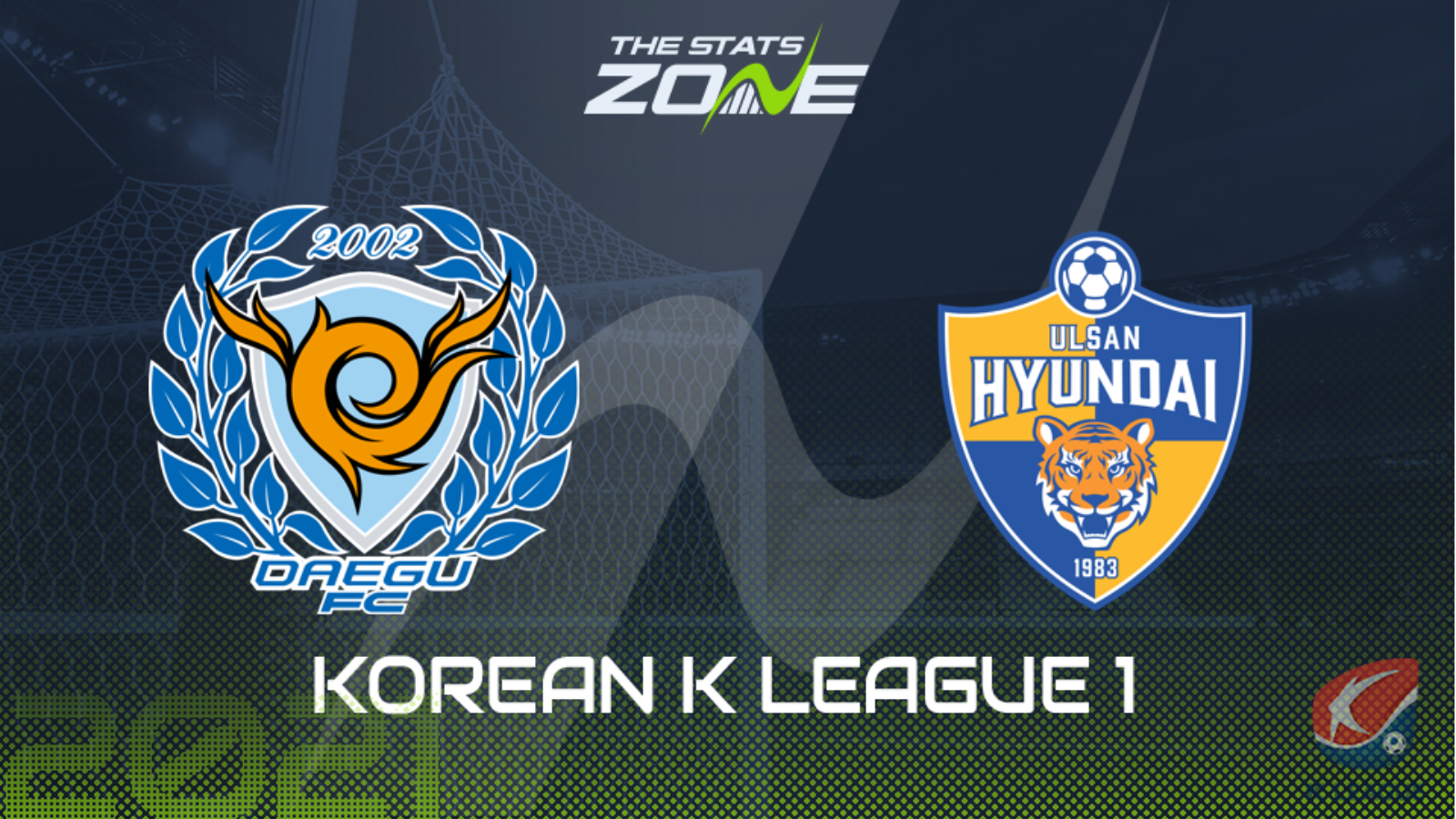 Where can I stream Daegu vs Ulsan? The official K League website occasionally streams matches live, while the SPOTV Youtube account is also worth checking out as they periodically live stream some matches.

Daegu are now unbeaten in three K League 1 outings after recording a second victory during that streak thanks to beating Pohang Steelers last week. They will hope to extend their run without a loss to four games but face a tough task as they take on league leaders Ulsan. The visitors are unbeaten in their last eight league games and while the hosts will believe that they can cause an upset here, Ulsan have been so consistent of late that it would be a surprise if the away side did not come away with at least a point in this one.