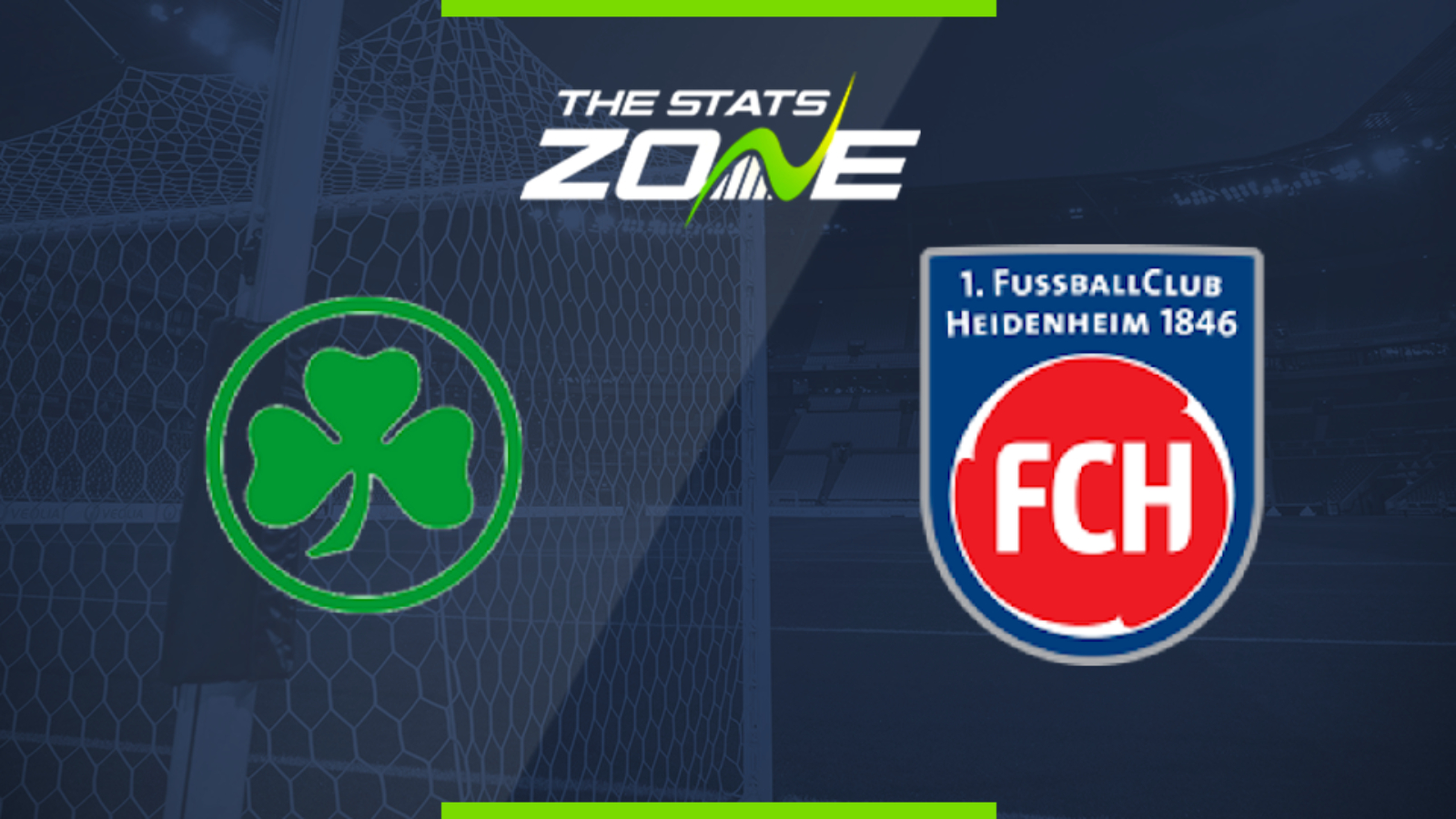 Where is Greuther Furth vs Heidenheim being played? Sportpark Ronhof Thomas Sommer

Where can I get tickets for Greuther Furth vs Heidenheim? No tickets are available as Bundesliga 2 matches are currently taking place behind closed doors

What TV channel is Greuther Furth vs Heidenheim on in the UK? BT Sport have the rights to German Bundesliga 2 matches in the UK, so it is worth checking their schedule

Where can I stream Greuther Furth vs Heidenheim in the UK? If televised, subscribers can stream the match live on the BT Sport website & app

Greuther Furth will be a relieved side after ending their long wait for a victory at the weekend. Those three points may allow them to play with less pressure on their shoulders but they face a tough task to back that up as they host Heidenheim. The visitors were big winners on Saturday and with promotion still a real possibility for the them having lost just one of their last five games, Heidenheim should be able to come away with a point at the very least.