Who are the favourites for EURO 2020? 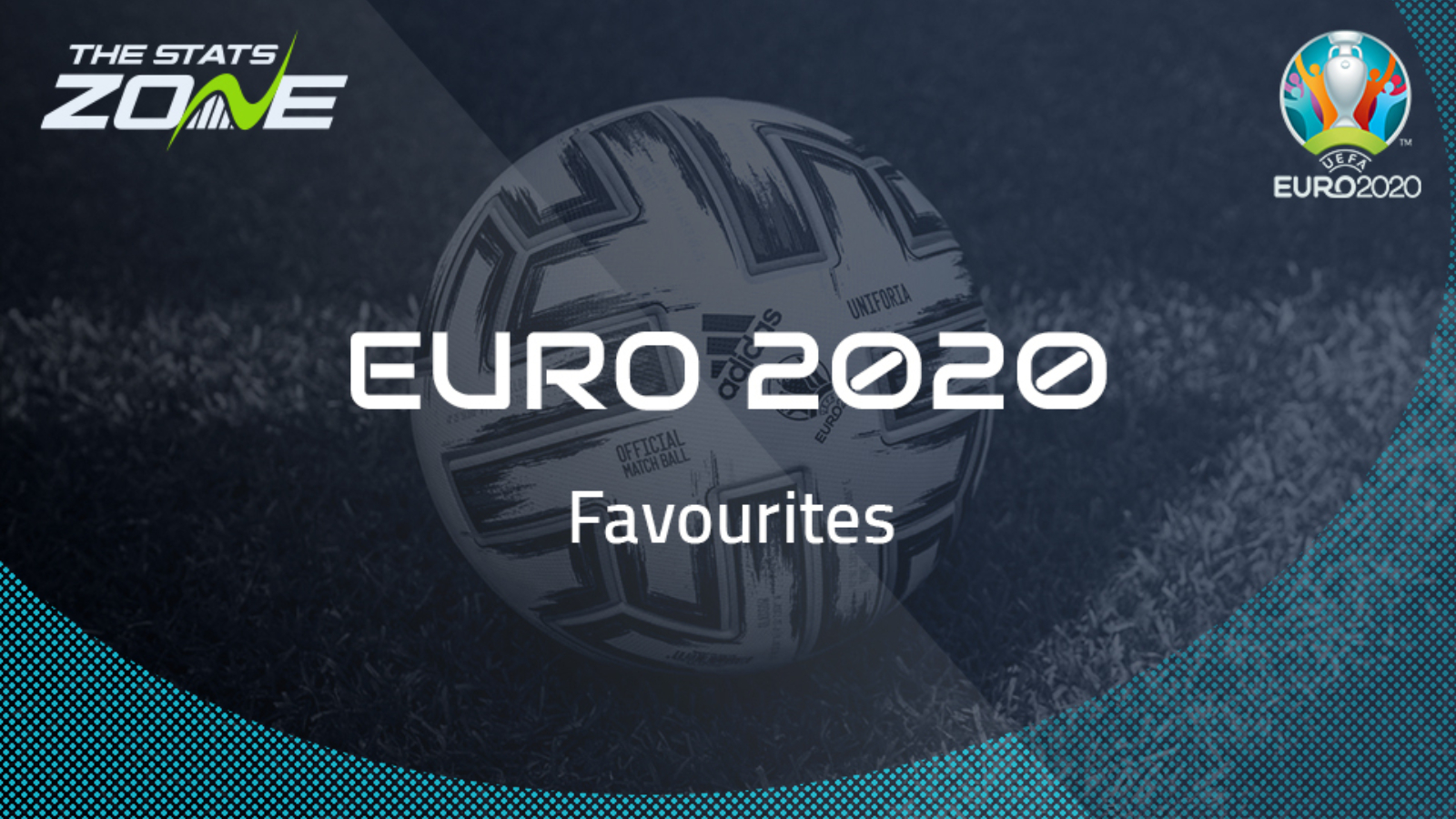 With EURO 2020 drawing ever closer, we take a look at the favourites for the competition and assess their chances individually.

When taking into account the unbelievable strength-in-depth that France have within their ranks, it is no surprise that the 2018 World Cup winners are one of the favourites to add the EURO 2020 title to their collection. Didier Deschamps’ side are unbeaten in their last 16 competitive fixtures, a run that stretches all the way back to June 2019. All bases are covered with the French team, with a defence including Lucas Hernandez of Bayern Munich and a central defensive partnership of Raphael Varane and Presnel Kimpembe. Champions League winner N’Golo Kante’s incredible energy and ball recovery skills in central midfield will make the opposition feel like they are playing against 12 men, whilst Kylian Mbappe, Antoine Griezmann and the recalled Karim Benzema represents one of the most exciting attacks in the competition. It will take an incredible effort for another country to stop France at EURO 2020 and punters have been keen to back the French by taking advantage of bet365 sign up offers.

After a semi-final finish at the 2018 World Cup, Gareth Southgate’s England will be hoping to take the next step at EURO 2020 and secure their first major international trophy since 1966. With the firepower at Southgate’s disposal, it’s easy to see why the Three Lions are tipped to go far. Striker Harry Kane netted 12 goals for England in qualifying and this season’s Premier League golden boot and playmaker winner is expected to have another strong tournament in front of goal. With Kane as the focal point up top, Southgate has a bundle of riches to choose from to play just behind the England captain with Marcus Rashford, Raheem Sterling and Jadon Sancho all pushing for a place in the starting line up with their pace on the flanks and the counter attack. Then you have the creativity and trickery of Phil Foden, Jack Grealish and central midfielder Mason Mount with all having enjoyed excellent seasons at their respective clubs. Central defenders John Stones and Harry Maguire provide a huge attacking threat from set-pieces and home advantage also falls in England’s favour as all three of their group stage fixtures are to be held at Wembley along with the semi-finals and final. Key to England's success will be their defence. Scoring goals shouldn’t be a problem, but if they can hold firm at the back against the stronger sides then maybe 55 years of hurt will finally come to an end at EURO 2020.

Coming off the back of having scored the highest numbers of goals in qualifying, netting 40 times with just three goals conceded in ten matches, Belgium are another team whose offensive capabilities stand out amongst a crowded EURO 2020 field. Striker and Belgium's all-time record goalscorer Romelu Lukaku will lead the line for a country who have accumulated 18 goals in their last five competitive fixtures and Lukaku will no doubt be a contender for the golden boot at EURO 2020, with the world class playmaker that is Kevin De Bruyne supplying him with chances. De Bruyne is expected to be fit for the start of the tournament despite fracturing both his nose and eye socket in the Champions League final, as is captain Eden Hazard following an injury-plagued campaign and the two superstars are to play a pivotal role for Belgium not only terms of creating chances, but also dominating possession and dictating the tempo of play against any opposition. Currently the number one ranked side in the world, the Red Devils have lost only four out of their 54 matches played so far under Roberto Martinez’s management and having finished third-place at the 2018 World Cup, Belgium will be desperate to go further this summer and for their current golden era of players to cement their legacy with a long-awaited major trophy in international football.

Germany will bid to win a fourth European Championship this summer and end Joachim Low’s 15-year-long reign as head coach of Die Mannschaft on the highest of highs. Whilst the past few years have been a big struggle for Germany, being eliminated from the 2018 World Cup at the earliest stage since 1938 and suffering sobering defeats such as a 6-0 hammering at the hands of Spain and a 1-2 home defeat by North Macedonia, this tournament represents their chance to turn things around. Low has recalled veteran stars such as Thomas Muller and Mats Hummel’s to his squad and this Germany side is populated by key players from the Bayern Munich team crowned Champions League winners in 2019-20 and Bundesliga champions this past season. They also boast three Champions Leagues winners of the season just gone in Antonio Rudiger, Kai Havertz and Timo Werner. Germany are notorious for how they find a way to get the best out of themselves at a major tournament and with a strong mix of youth and experience at Low’s disposal, you can’t write them off.

Whilst the four countries above are priced at the shortest odds, there are a number of other teams that are worth serious consideration. Most notably the reigning champions Portugal (8/1), with the likes of Joao Felix, Bruno Fernandes, Ruben Dias and of course Cristiano Ronaldo within their ranks. Providing they advance from a difficult Group F that includes both France and Germany, they will represent a huge threat in the knockout stages.

As will Spain (8/1) who despite having higher odds than Germany, thrashed Joachim Low’s side 6-0 only last November. The experience of full-back Jordi Alba and midfielder Rodri will be key to their success this summer, with the latter expected to partner Thiago Alcantara in the middle of the park. Europa League winner Pau Torres of Villarreal could also play a key part alongside another talented young Spanish star in winger Ferran Torres.

One team who have gone very much under the radar it seems are Roberto Mancini’s Italy (8/1), who could well prove the best value of all the odds available. The Azzurri should have no problem advancing from a fairly straightforward Group A on paper and are not a side used to losing, considering that they haven’t tasted defeat since September 2018. Always a huge threat in major international tournaments, the Italian defence looks to be as strong ever with an ideal mix of youth and experience. Providing the backline holds firm in the business end of the tournament and striker Ciro Immobile can provide the goals required, then there’s a real chance that Italy could could surprise a few people this summer.