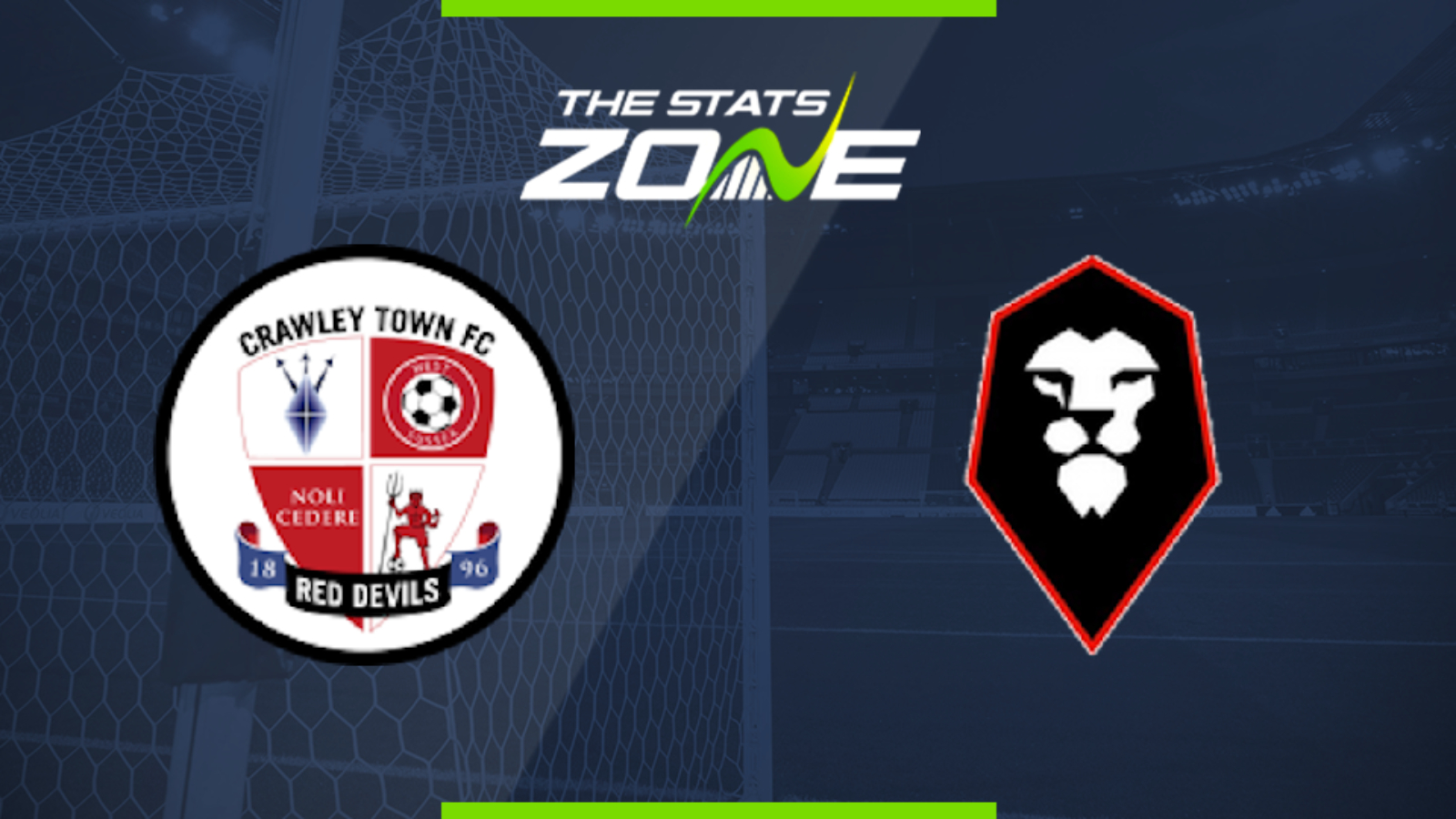 Where is Crawley vs Salford being played? The People's Pension Stadium

What is the weather forecast for Crawley vs Salford? Cloudy, 19c

What television channel is Crawley vs Salford on? Sky have the rights to League 2 matches in the UK, so it is worth checking the Sky Sports schedule

Where can I stream Crawley vs Salford? If the match is televised on Sky Sports, then subscribers will be able to stream the match live via Sky Go

Where can I get tickets for Crawley vs Salford?

Crawley were a little unlucky not to get a point at Carlisle on Saturday while Salford's quest for a fifth promotion in six seasons began with victory over Stevenage through Dieseruvwe's double. With big-money signing Rooney also in the visitors' armoury, there could be plenty of goals on offer.