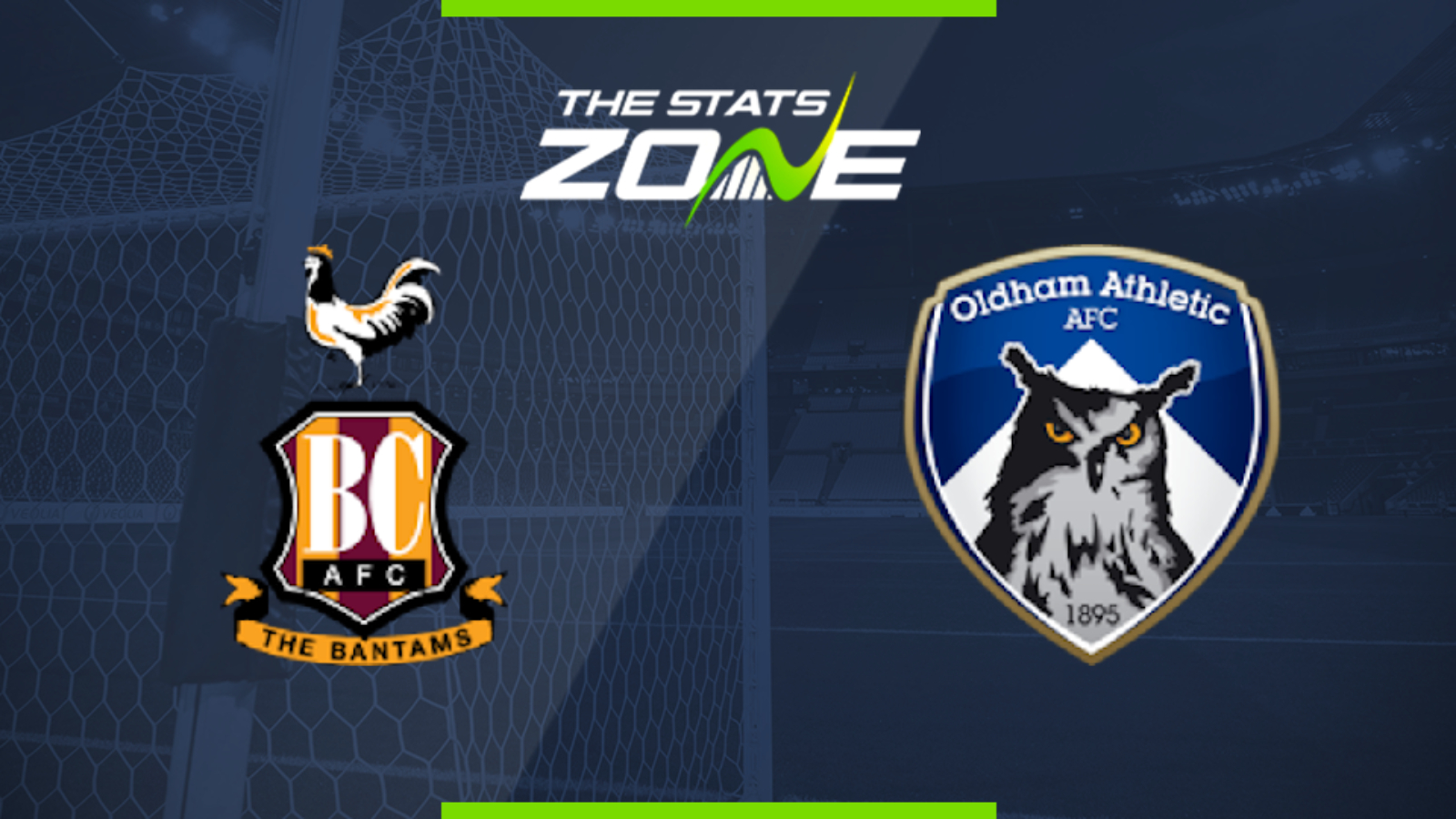 Where is Bradford vs Oldham being played? Northern Commercials Stadium

What is the weather forecast for Bradford vs Oldham? Rain expected, 18c

What television channel is Bradford vs Oldham on? Sky have the rights to League 2 matches in the UK, so it is worth checking the Sky Sports schedule

Where can I stream Bradford vs Oldham? If the match is televised on Sky Sports, then subscribers will be able to stream the match live via Sky Go

Where can I get tickets for Bradford vs Oldham?

What was the score when the teams last met? Bradford 1-4 Oldham

A maiden victory of the season has so far eluded both sides, but recent results between Bradford City and Oldham Athletic lean towards an away win. The visitors have won each of the previous three encounters and despite two straight defeats, Laurent Banide's men should continue that trend.