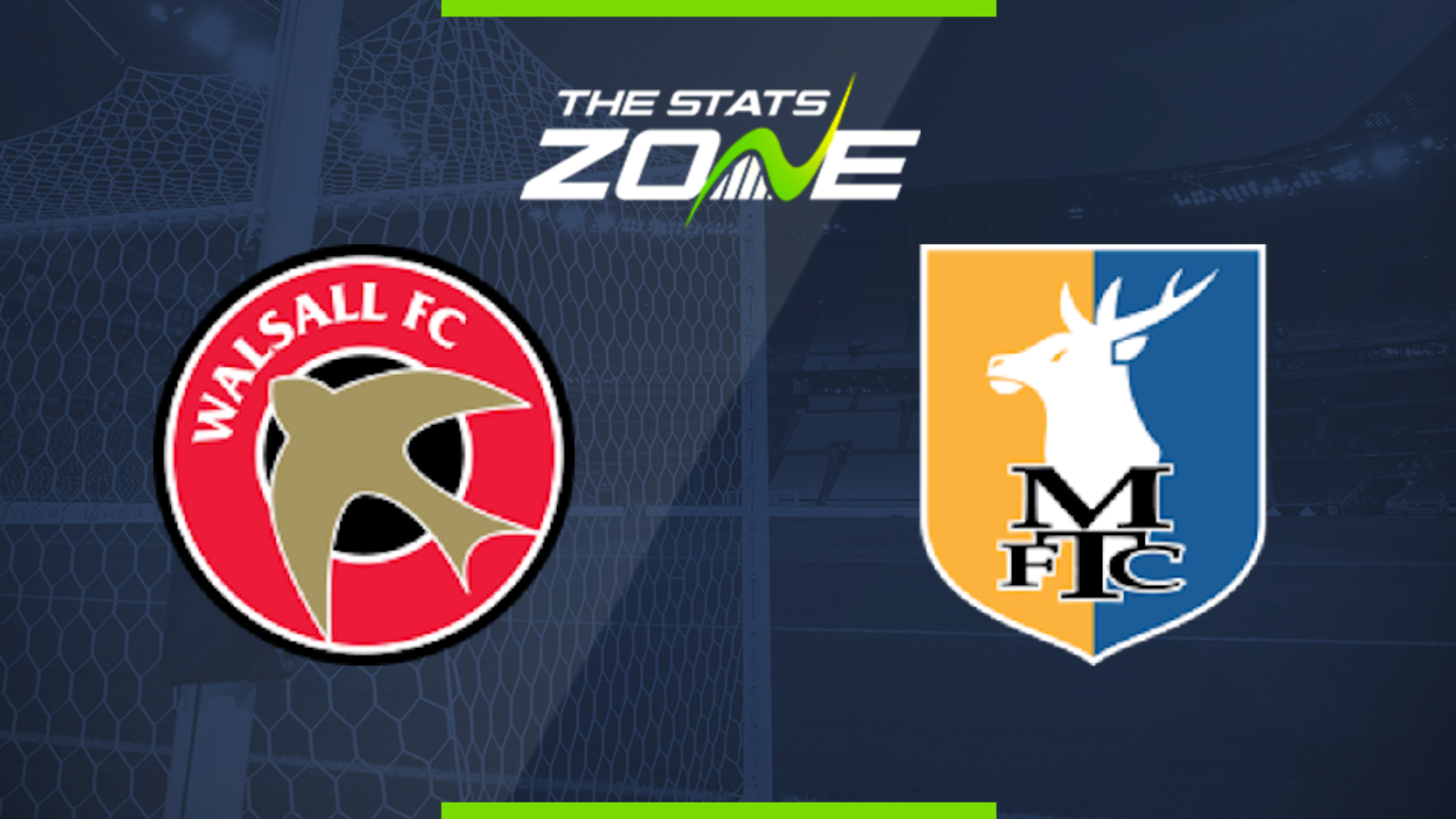 Where is Walsall vs Mansfield being played? The Banks's Stadium

What TV channel is Walsall vs Mansfield on in the UK? Sky Sports have the rights to League 2 matches in the UK, so it is worth checking their schedule

Where can I stream Walsall vs Mansfield in the UK? If televised, subscribers can stream the match live on Sky Go

Where can I get tickets for Walsall vs Mansfield?

What was the score in the last meeting between Walsall & Mansfield? Mansfield 2-1 Walsall

Mansfield Town could be leapfrogged by their hosts here if they are not careful as two points separate them in 18th with Walsall in 19th place in League 2. However, Walsall have lost four of their last five at Banks's Stadium and their last four in the league, and the Stags can punish them further.