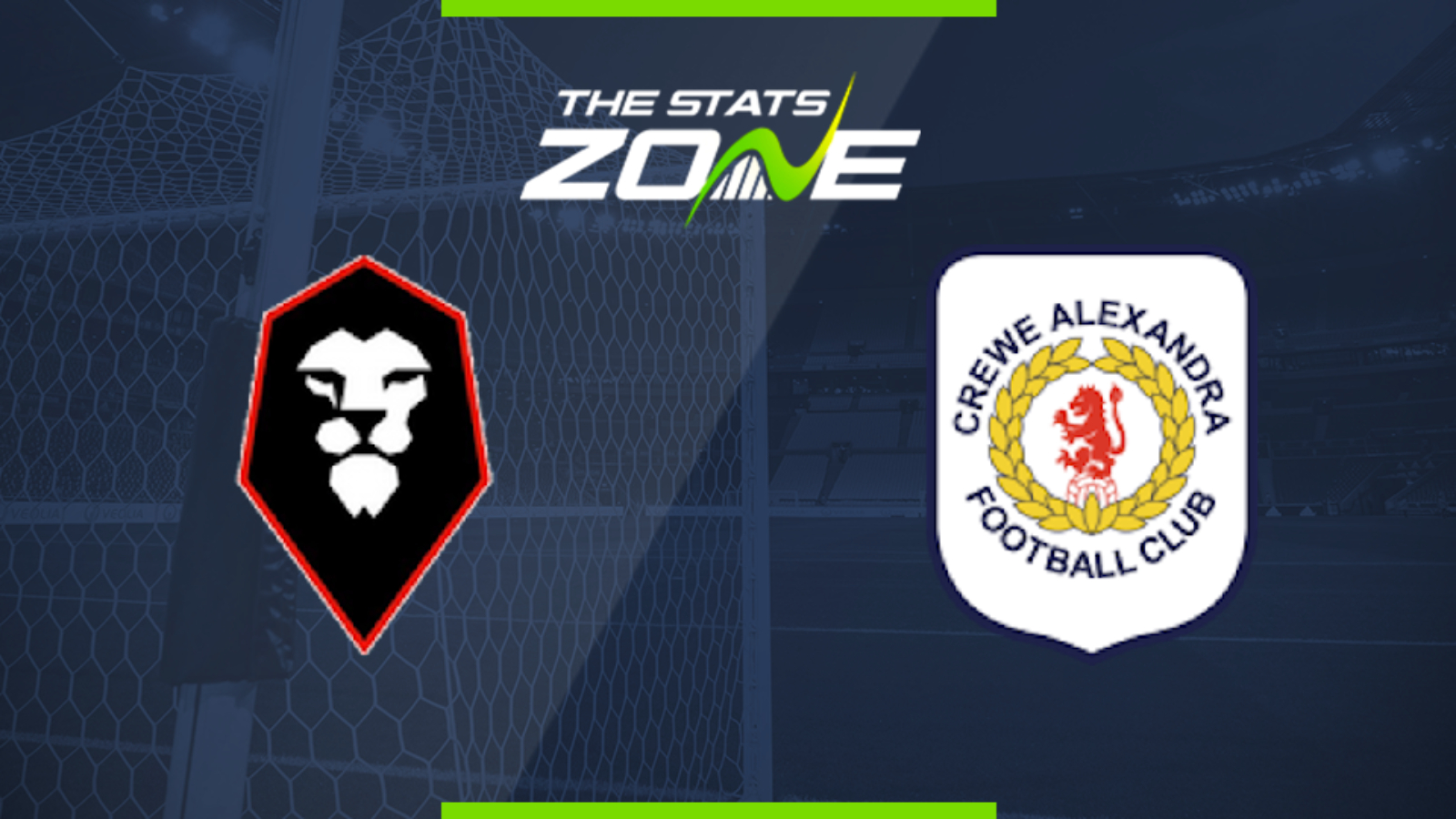 Where is Salford vs Crewe being played? The Peninsula Stadium

What TV channel is Salford vs Crewe on in the UK? Sky Sports have the rights to League 2 matches in the UK, so it is worth checking their schedule

Where can I stream Salford vs Crewe in the UK? If televised, subscribers can stream the match live on Sky Go

Where can I get tickets for Salford vs Crewe?

What was the score in the last meeting between Salford & Crewe? Crewe 4-1 Salford

Crewe will be full of confidence after thrashing Stevenage on Saturday, which marked the second time they have scored five goals in their last four league matches. Chuma Anene, who has hit a purple patch having scored five times already this month, could well fire Crewe to another victory here.