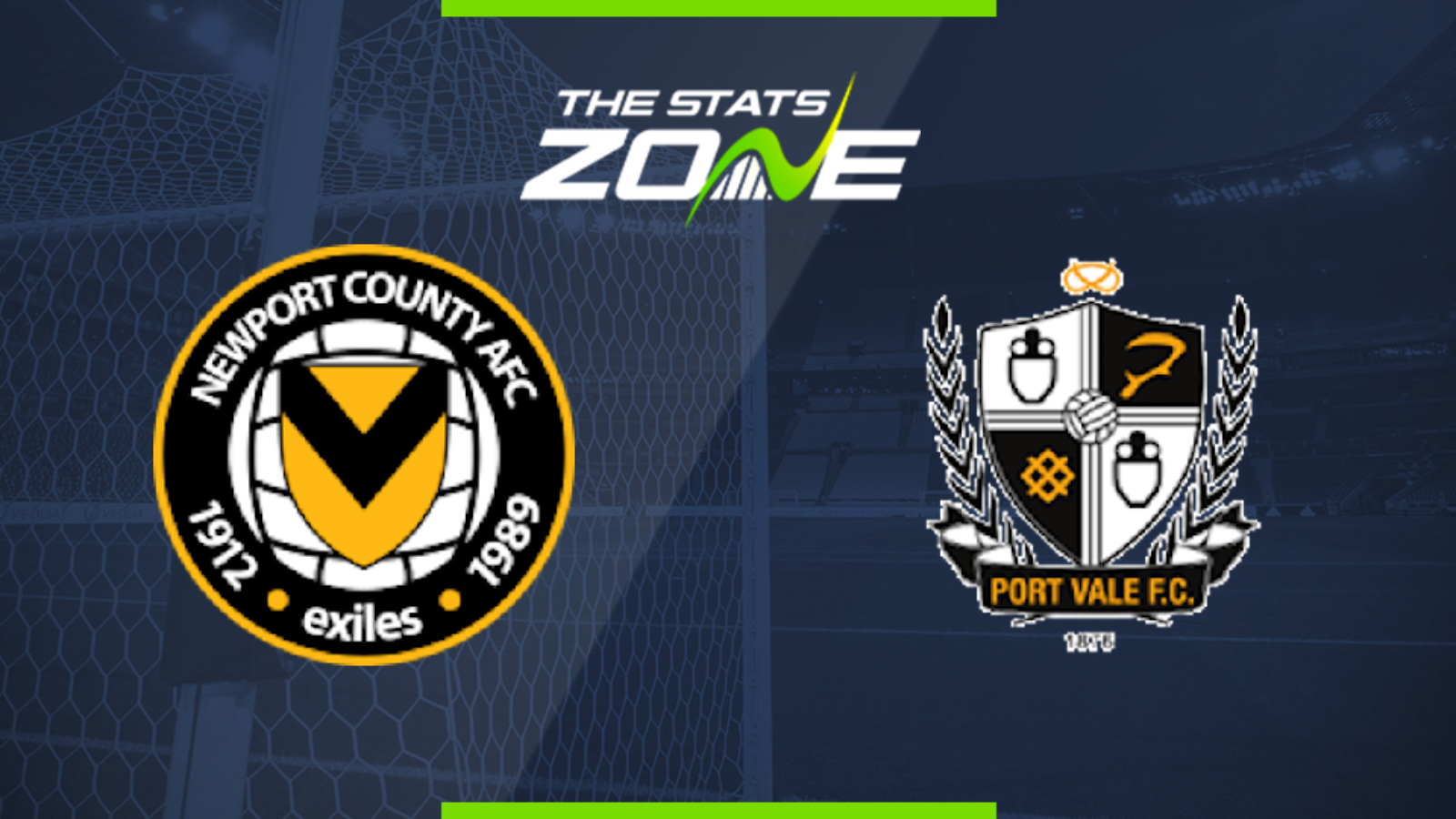 Where is Newport vs Port Vale being played? Rodney Parade

What is the weather forecast for Newport vs Port Vale? Clear, 17c

What television channel is Newport vs Port Vale on? Sky have the rights to League 2 matches in the UK, so it is worth checking the Sky Sports schedule

Where can I stream Newport vs Port Vale? If the match is televised on Sky Sports, then subscribers will be able to stream the match live via Sky Go

Where can I get tickets for Newport vs Port Vale?

What was the score when the teams last met? Newport 0-0 Port Vale

Newport are flying, and have been for some time despite their play-off disappointment last season, with Mike Flynn's side adding durability away from home to their excellent record at Rodney Parade. Port Vale have been hard to beat on the road but the Exiles are tough enough to crack their defences.