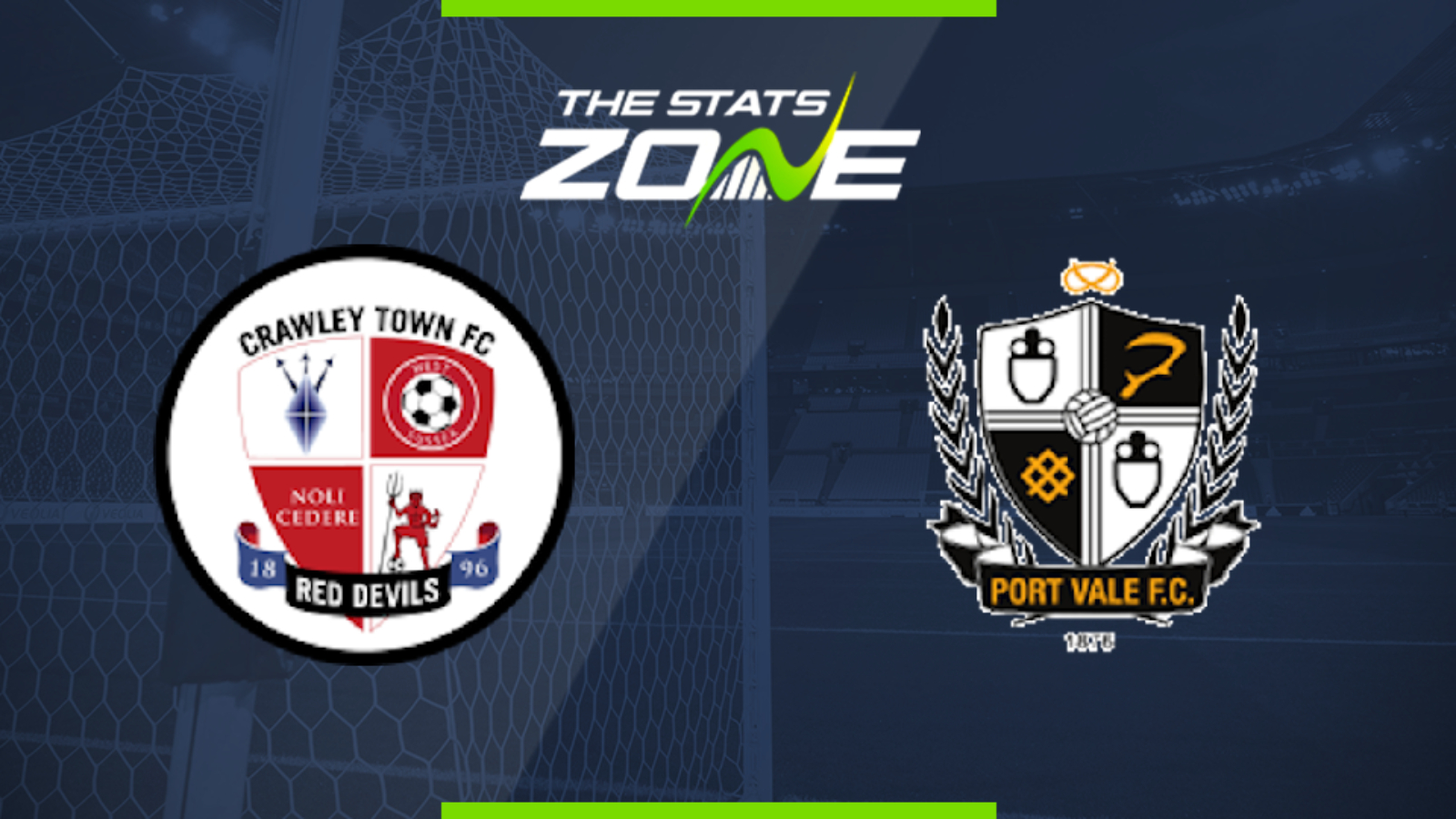 Where is Crawley vs Port Vale being played? The People's Pension Stadium

What TV channel is Crawley vs Port Vale on in the UK? Sky Sports have the rights to League 2 matches in the UK, so it is worth checking their schedule

Where can I stream Crawley vs Port Vale in the UK? If televised, subscribers can stream the match live on Sky Go

Where can I get tickets for Crawley vs Port Vale?

What was the score in the last meeting between Crawley & Port Vale? Crawley 0-1 Port Vale

Crawley's form is likely to leave them in relegation trouble if it continues. They have won just one of their last 12 games in League 2 and now face a Port Vale side that are capable of piling more misery on to the home side with the visitors likely to open the scoring in this one.