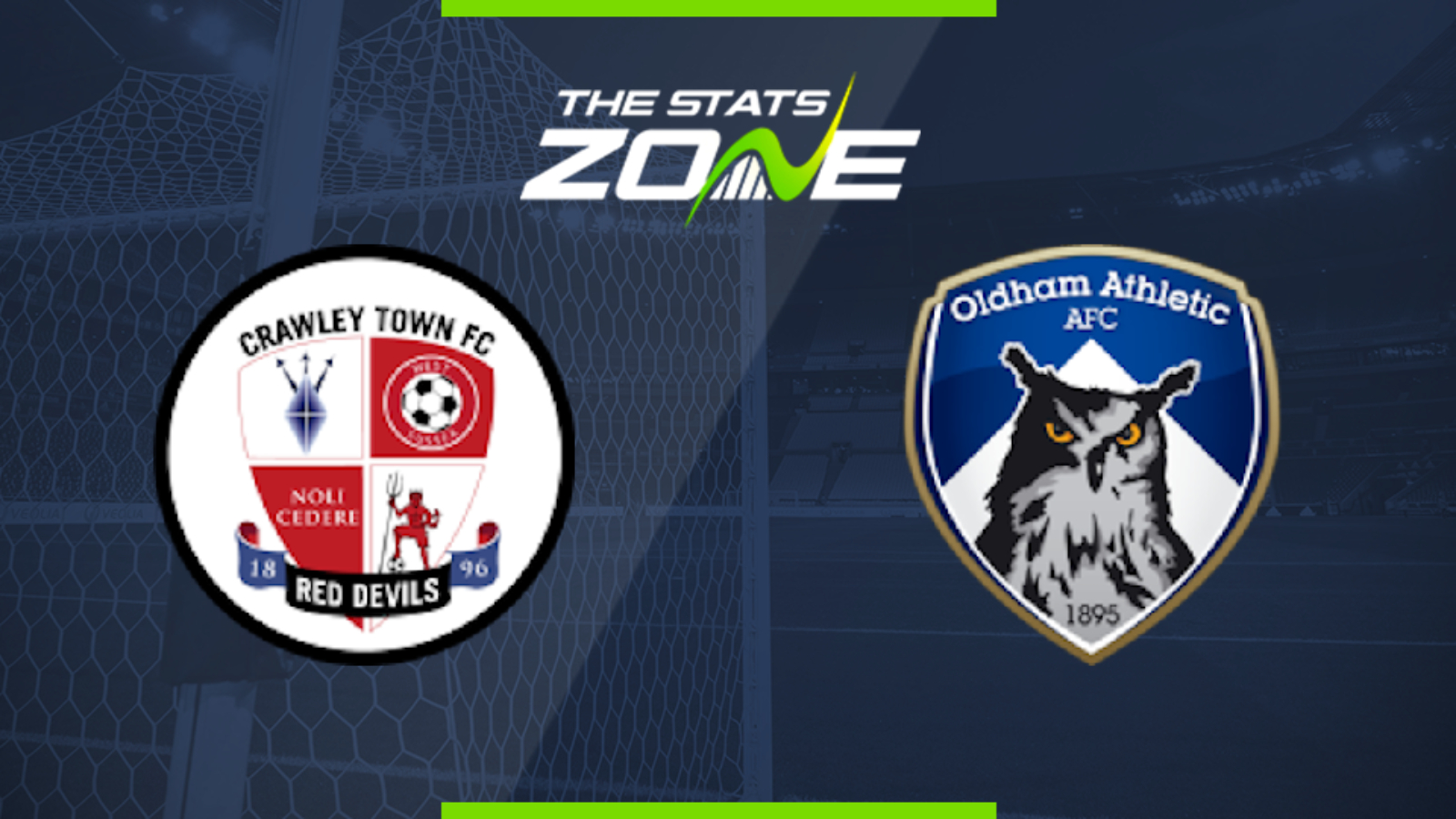 Where is Crawley vs Oldham being played? The People's Pension Stadium

What TV channel is Crawley vs Oldham on in the UK? Sky Sports have the rights to League 2 matches in the UK, so it is worth checking their schedule

Where can I stream Crawley vs Oldham in the UK? If televised, subscribers can stream the match live on Sky Go

Where can I get tickets for Crawley vs Oldham?

What was the score in the last meeting between Crawley & Oldham? Oldham 2-1 Crawley

Crawley have won four of their last five home League 2 matches and have found goals easy to come by, scoring eight goals in their last four home games. With over two goals scored in six of Oldham's last seven league games, this one has the makings of a goal fest, with the hosts coming out on top.