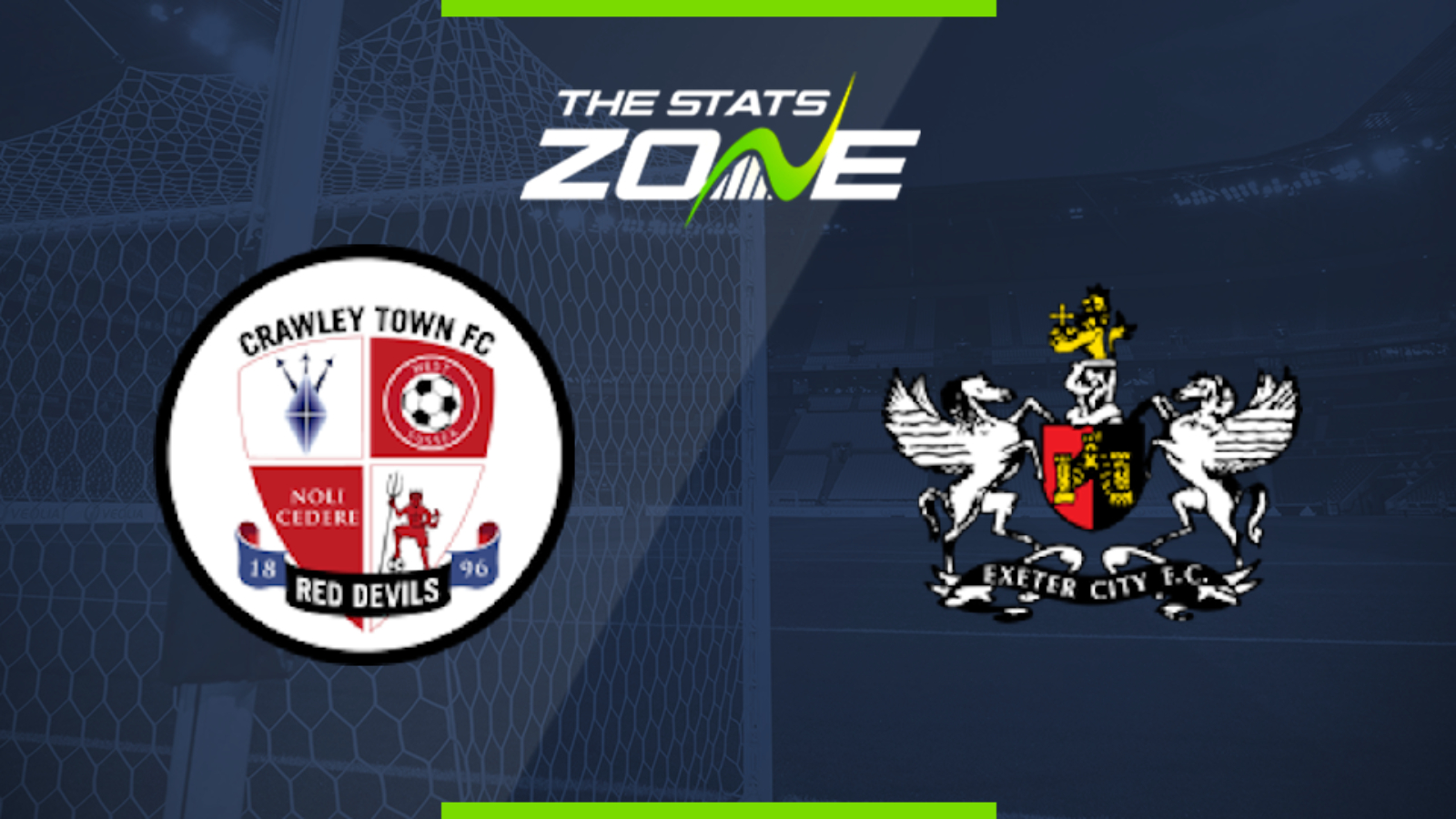 Where is Crawley vs Exeter being played? The People's Pension Stadium

What TV channel is Crawley vs Exeter on in the UK? Sky Sports have the rights to League 2 matches in the UK, so it is worth checking their schedule

Where can I stream Crawley vs Exeter in the UK? If televised, subscribers can stream the match live on Sky Go

Where can I get tickets for Crawley vs Exeter?

What was the score in the last meeting between Crawley & Exeter? Exeter 1-3 Crawley

Crawley Town have not won at home in League 2 since mid-October but their visitors Exeter City have lost their last three league games on the road, and two of them to nil. With goals looking hard to come by for Exeter away from home, they will aim to change that against struggling Crawley.