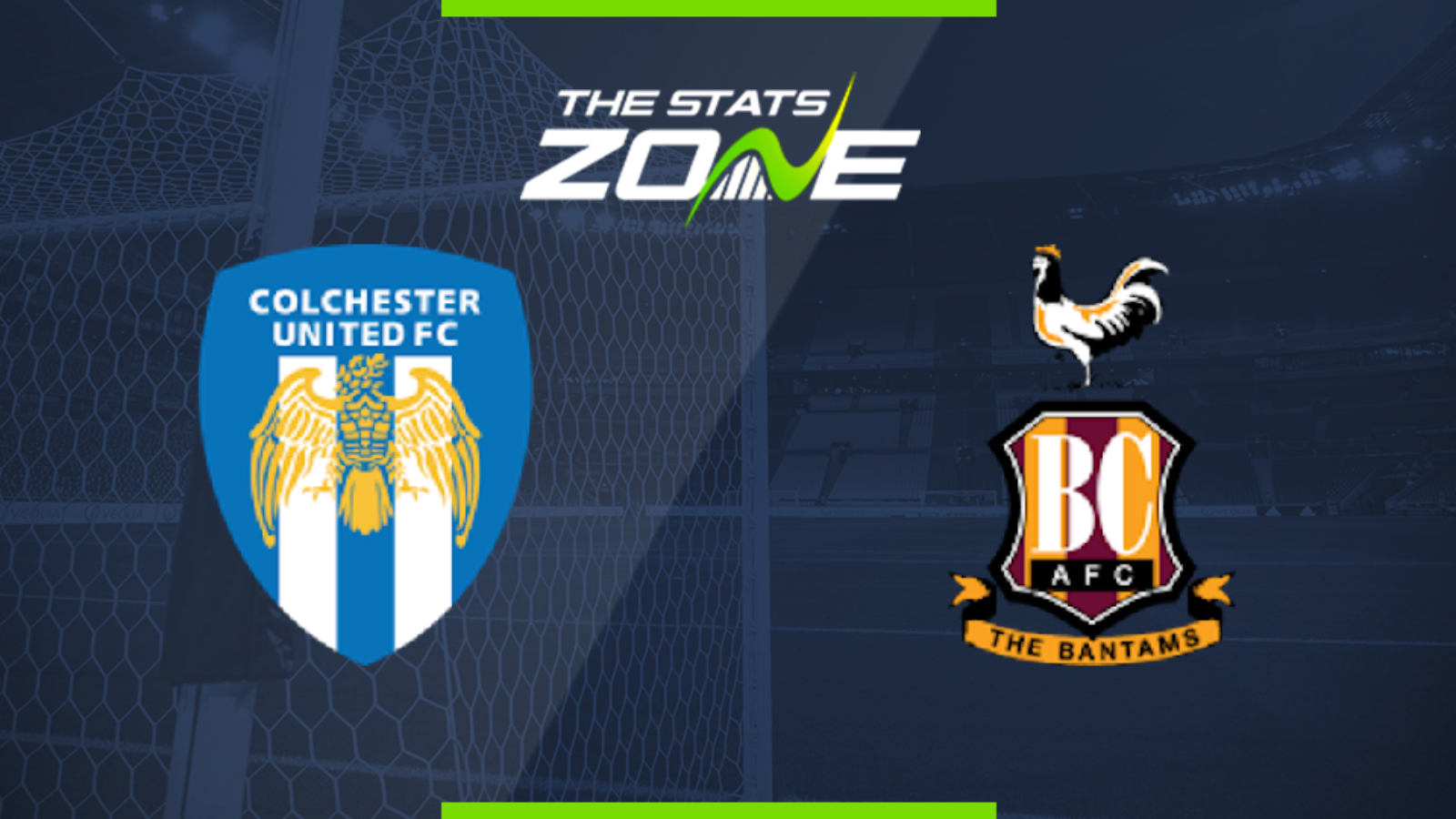 Where is Colchester vs Bradford being played? JobServe Community Stadium

What TV channel is Colchester vs Bradford on in the UK? Sky Sports have the rights to League 2 matches in the UK, so it is worth checking their schedule

Where can I stream Colchester vs Bradford in the UK? If televised, subscribers can stream the match live on Sky Go

Where can I get tickets for Colchester vs Bradford?

What was the score in the last meeting between Colchester & Bradford? Bradford 1-2 Colchester

Bradford failed to win for the third successive game at the weekend and will now try and end a run of six league matches without a win away from home. They head to a Colchester side that have lost just twice at home in League 2 this season and the hosts should be able to avoid defeat once again.