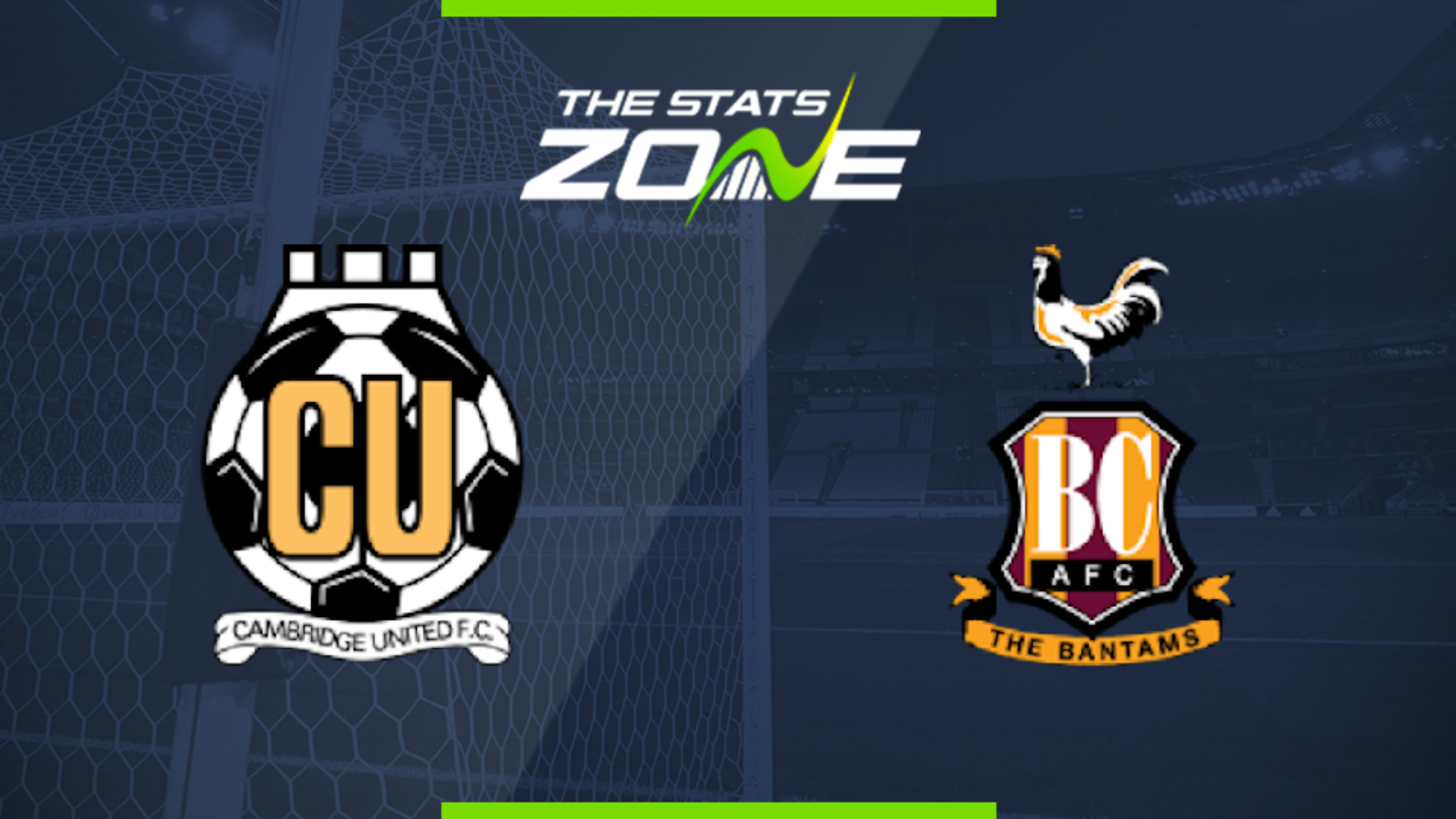 Where is Cambridge vs Bradford being played? Abbey Stadium

What TV channel is Cambridge vs Bradford on in the UK? Sky Sports have the rights to League 2 matches in the UK, so it is worth checking their schedule

Where can I stream Cambridge vs Bradford in the UK? If televised, subscribers can stream the match live on Sky Go

Where can I get tickets for Cambridge vs Bradford?

What was the score in the last meeting between Cambridge & Bradford? Bradford 0-0 Cambridge

Bradford gained their first victory under returning manager Stuart McCall in midweek and the Bantams seem to have found a second wind. They have lost three of their last four away League 2 matches, but with the help of a new manager bounce they may be able to stop the rot here by avoiding defeat.