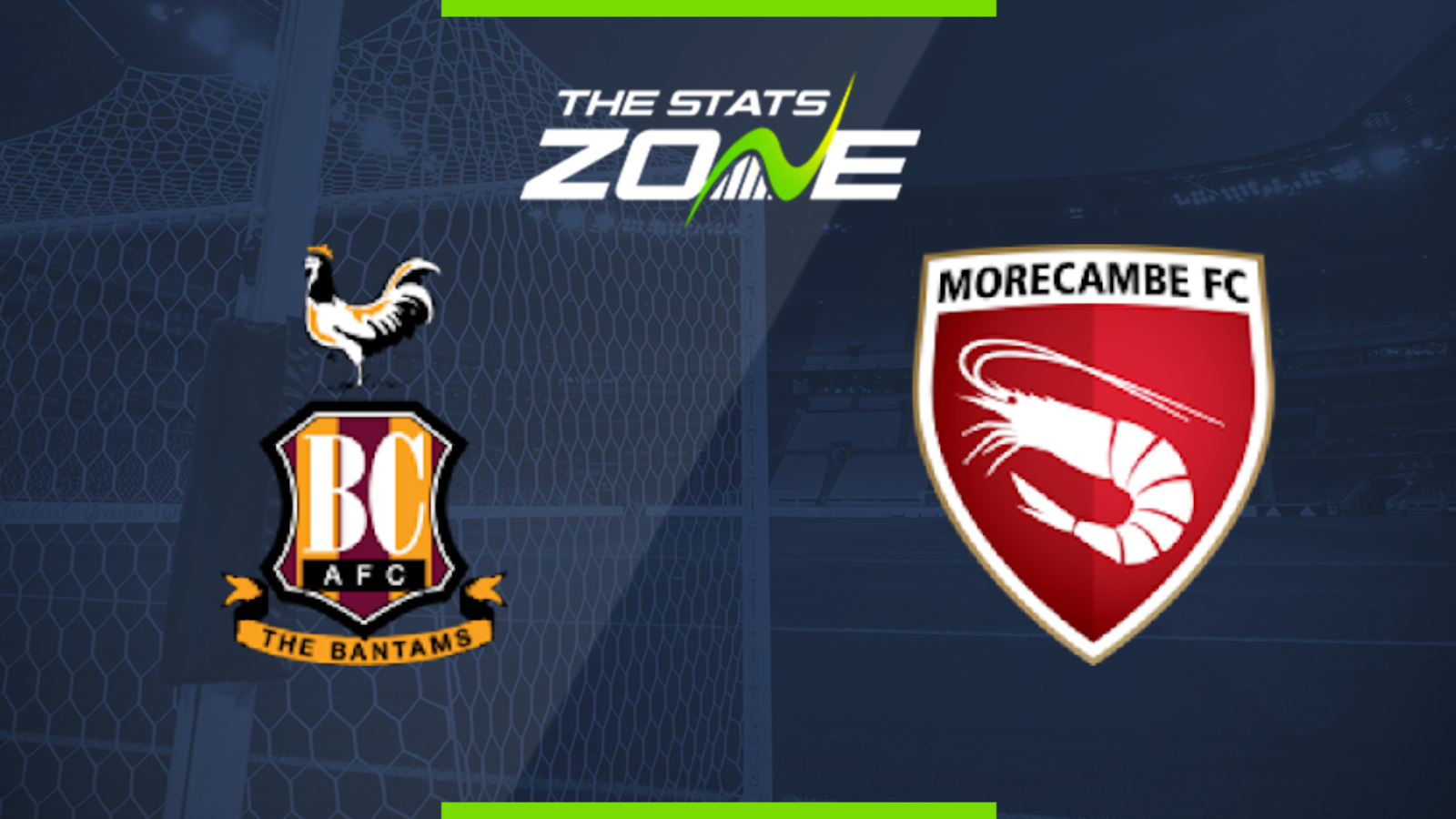 Where is Bradford vs Morecambe being played? Northern Commercials Stadium

What TV channel is Bradford vs Morecambe on in the UK? Sky Sports have the rights to League 2 matches in the UK, so it is worth checking their schedule

Where can I stream Bradford vs Morecambe in the UK? If televised, subscribers can stream the match live on Sky Go

Where can I get tickets for Bradford vs Morecambe?

What was the score in the last meeting between Bradford & Morecambe? Morecambe 1-2 Bradford

Bradford made it six games without defeat in League 2 and will be very confident of extending that run as they host Morecambe. The visitors have been unable to build on their win over Newport and have suffered back-to-back losses since that win with another defeat on the cards for them here.