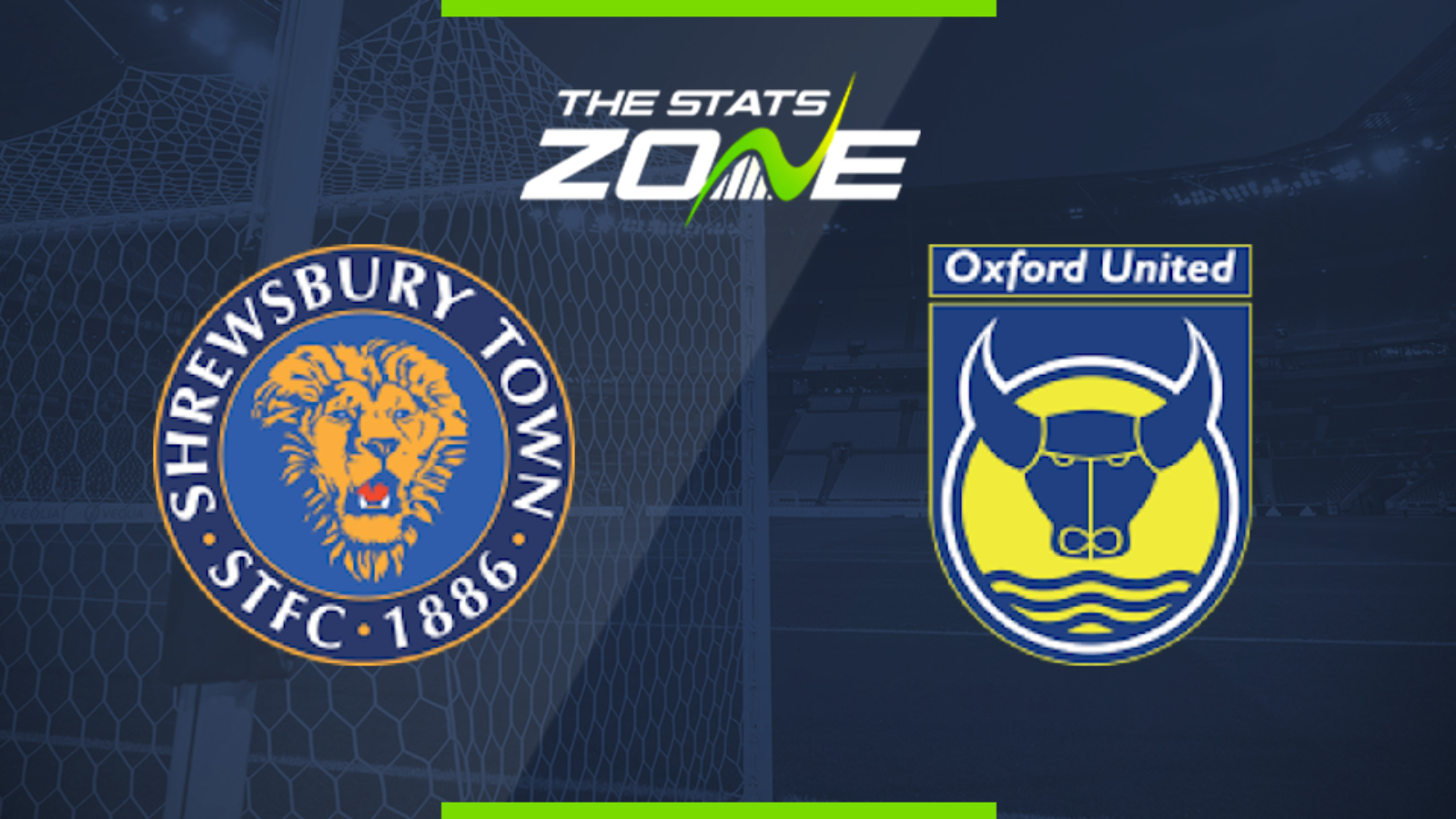 Where is Shrewsbury vs Oxford being played? Montgomery Waters Meadow

What TV channel is Shrewsbury vs Oxford on in the UK? Sky Sports have the rights to League 1 matches in the UK, so it is worth checking their schedule

Where can I stream Shrewsbury vs Oxford in the UK? If televised, subscribers can stream the match live on Sky Go

Where can I get tickets for Shrewsbury vs Oxford?

What was the score in the last meeting between Shrewsbury & Oxford? Oxford 0-0 Shrewsbury

Oxford sit one point outside the League 1 playoff places having won their last four league games, keeping three clean sheets, and face a Shrewsbury side who have won two of their last three matches. The Us have looked in unstoppable form recently and it is hard not to see that continuing here.