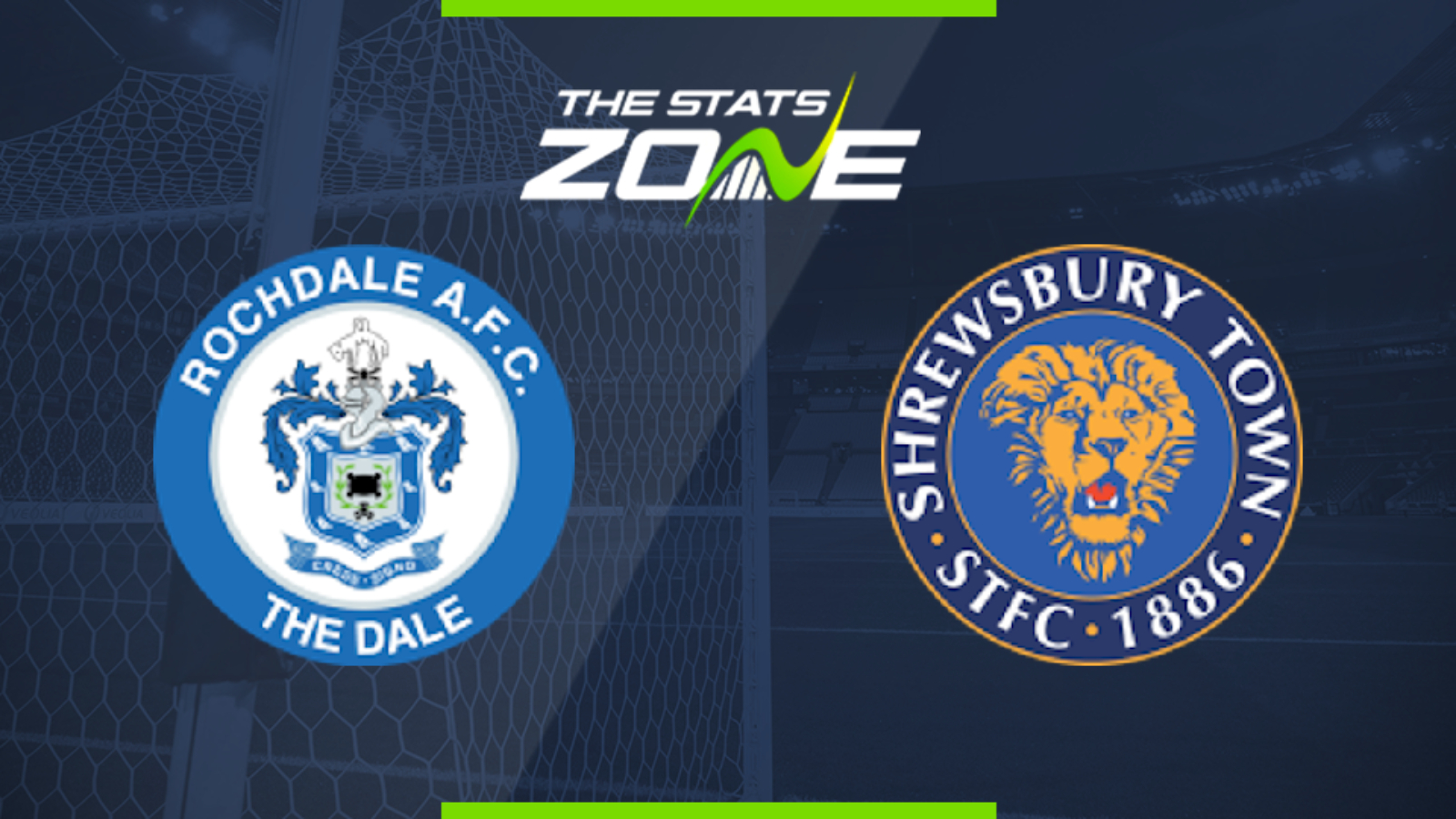 Where is Rochdale vs Shrewsbury being played? Crown Oil Arena

What TV channel is Rochdale vs Shrewsbury on in the UK? Sky Sports have the rights to League 1 matches in the UK, so it is worth checking their schedule

Where can I stream Rochdale vs Shrewsbury in the UK? If televised, subscribers can stream the match live on Sky Go

Where can I get tickets for Rochdale vs Shrewsbury?

What was the score in the last meeting between Rochdale & Shrewsbury? Shrewsbury 0-0 Rochdale

Shrewsbury have failed to win any of their last six games in League 1 but have an opportunity to end that run as they head to Rochdale. The hosts have won just three of their 13 league games on home soil so far this season but they should be able to open the scoring against the struggling visitors.