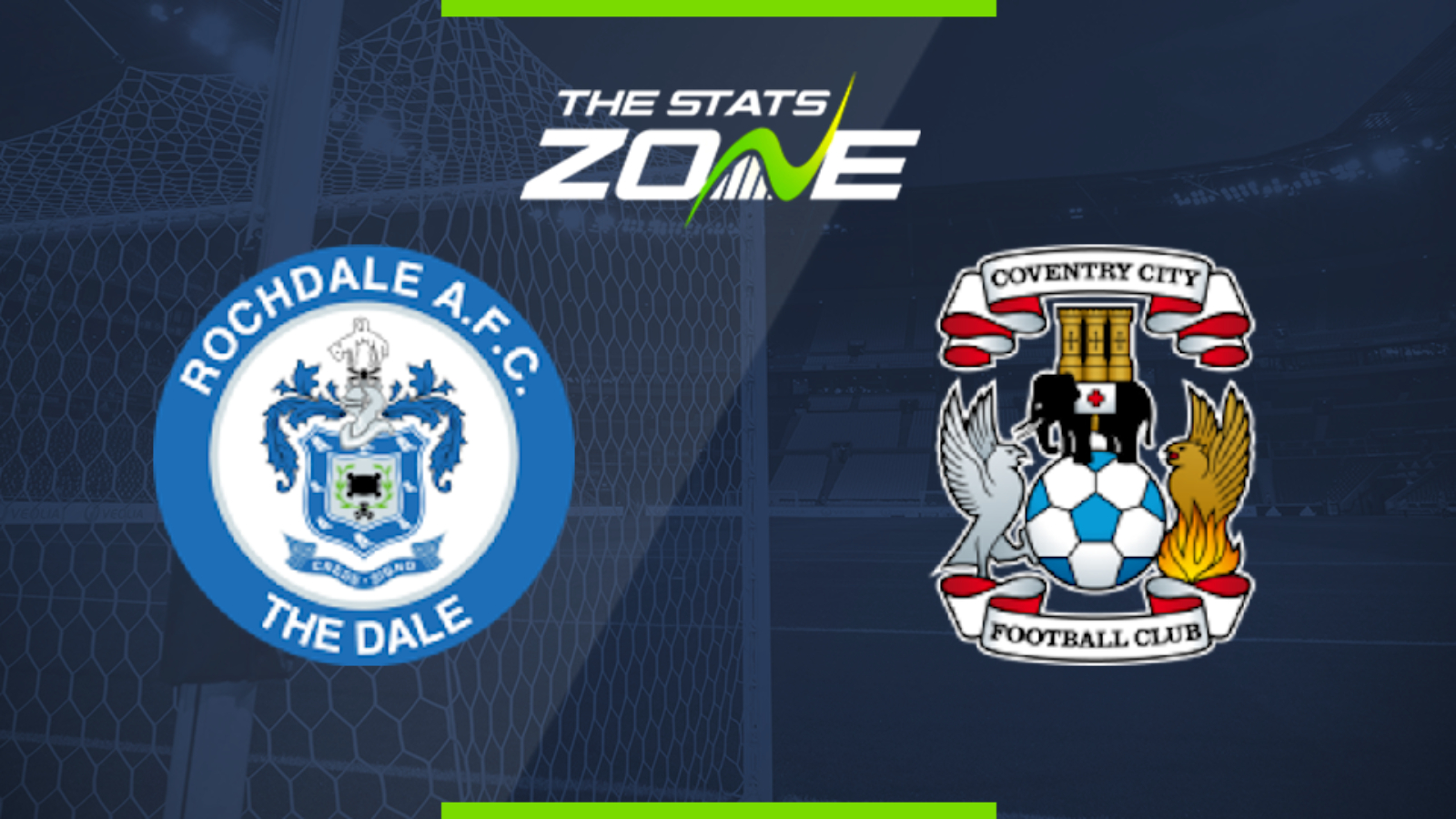 Where is Rochdale vs Coventry being played? Crown Oil Arena

What TV channel is Rochdale vs Coventry on in the UK? Sky Sports have the rights to League 1 matches in the UK, so it is worth checking their schedule

Where can I stream Rochdale vs Coventry in the UK? If televised, subscribers can stream the match live on Sky Go

Where can I get tickets for Rochdale vs Coventry?

What was the score in the last meeting between Rochdale & Coventry? Coventry 2-1 Rochdale

Rochdale sit 19th in League 1, whilst only goal difference is keeping Coventry off the top of the table. The Sky Blues cannot afford a slip up with only three points separating the top five and with that fresh in their minds, they should come out of the blocks fast on their way to a routine win.