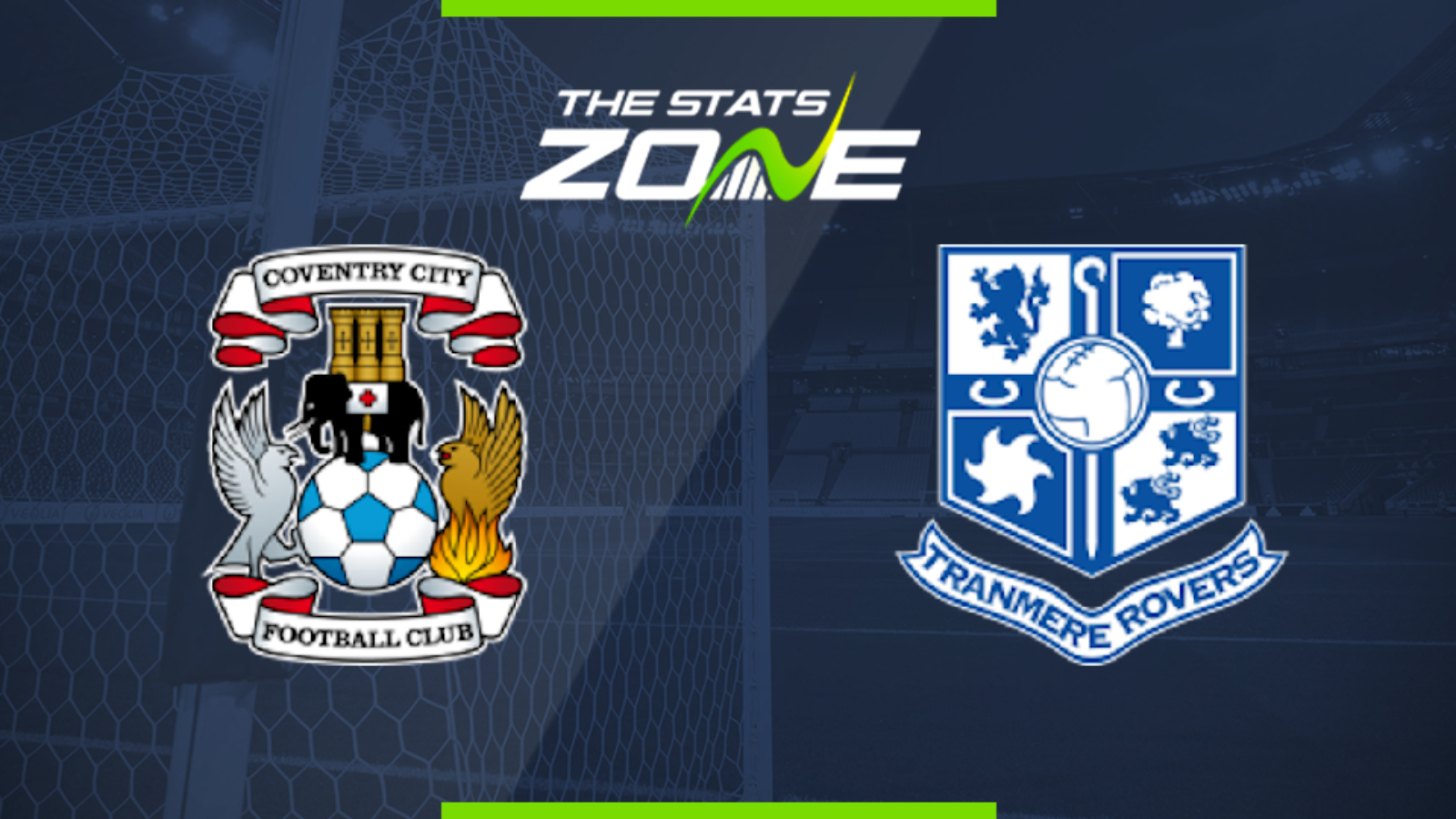 Where is Coventry vs Tranmere being played? St Andrew's Trillion Trophy Stadium

What are the expected weather conditions for Coventry vs Tranmere? Cloud, 14c

What TV channel is Coventry vs Tranmere on in the UK? Sky Sports have the rights to League 1 matches in the UK, so it is worth checking their schedule

Where can I stream Coventry vs Tranmere in the UK? If televised, subscribers can stream the match live on Sky Go

Where can I get tickets for Coventry vs Tranmere?

What was the score in the last meeting between Coventry & Tranmere? Tranmere 3-1 Coventry

Coventry will be aiming to bounce back from their first league defeat of the season at Rotherham last Saturday and they should do so against struggling Tranmere. Rovers have registered just one point and two goals on their travels this season, so they are unlikely to trouble the Sky Blues too much.