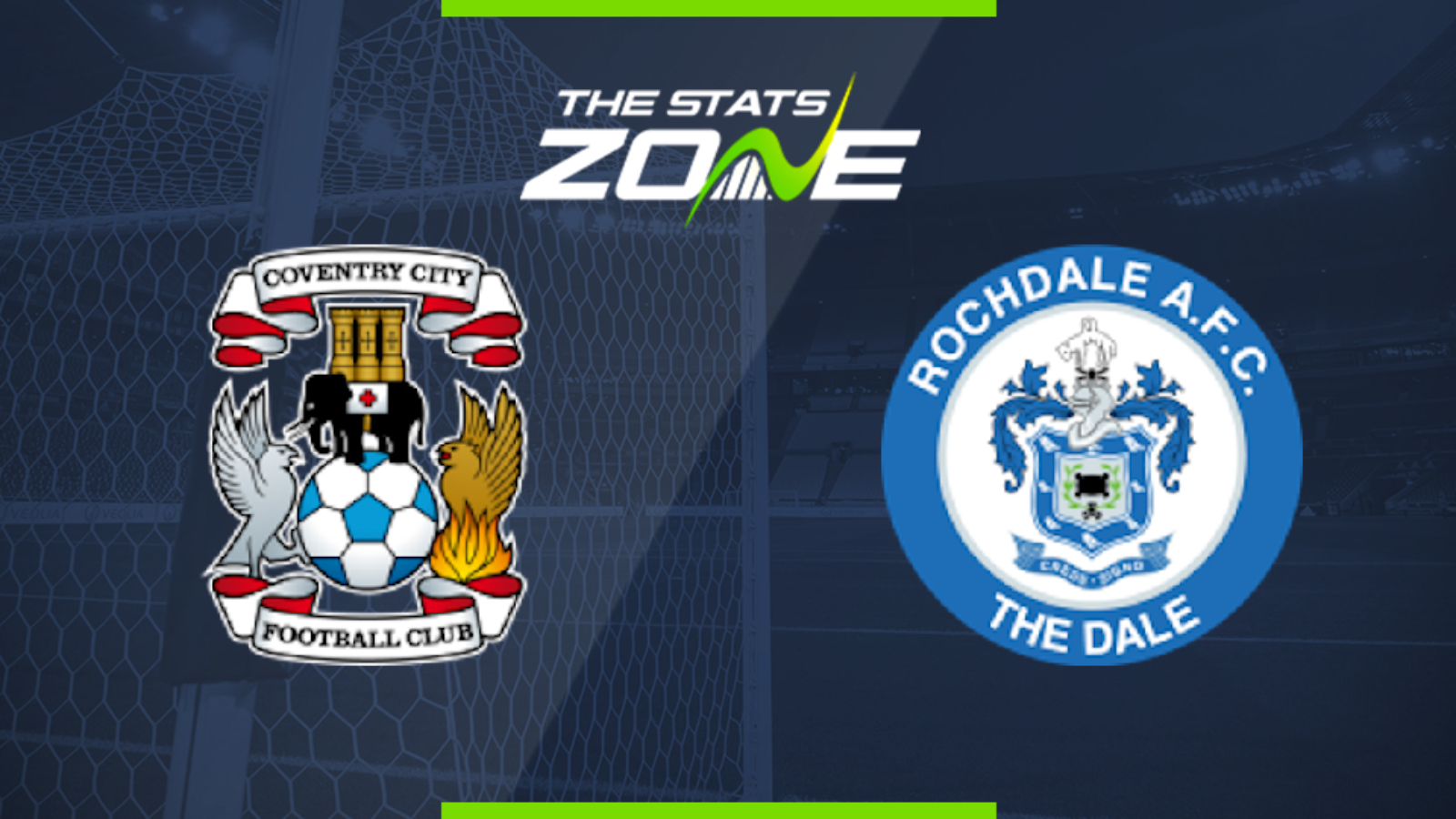 Where is Coventry vs Rochdale being played? St Andrew's Trillion Trophy Stadium

What TV channel is Coventry vs Rochdale on in the UK? Sky Sports have the rights to League 1 matches in the UK, so it is worth checking their schedule

Where can I stream Coventry vs Rochdale in the UK? If televised, subscribers can stream the match live on Sky Go

Where can I get tickets for Coventry vs Rochdale?

What was the score in the last meeting between Coventry & Rochdale? Rochdale 0-1 Coventry

Coventry City are unbeaten in four League 1 games and have lost just one at their adopted home of St. Andrews just once in the league this season, while Rochdale's only away win in their last five came at bottom-side Bolton. Dale are often good for goals though, so both can score in a home win.