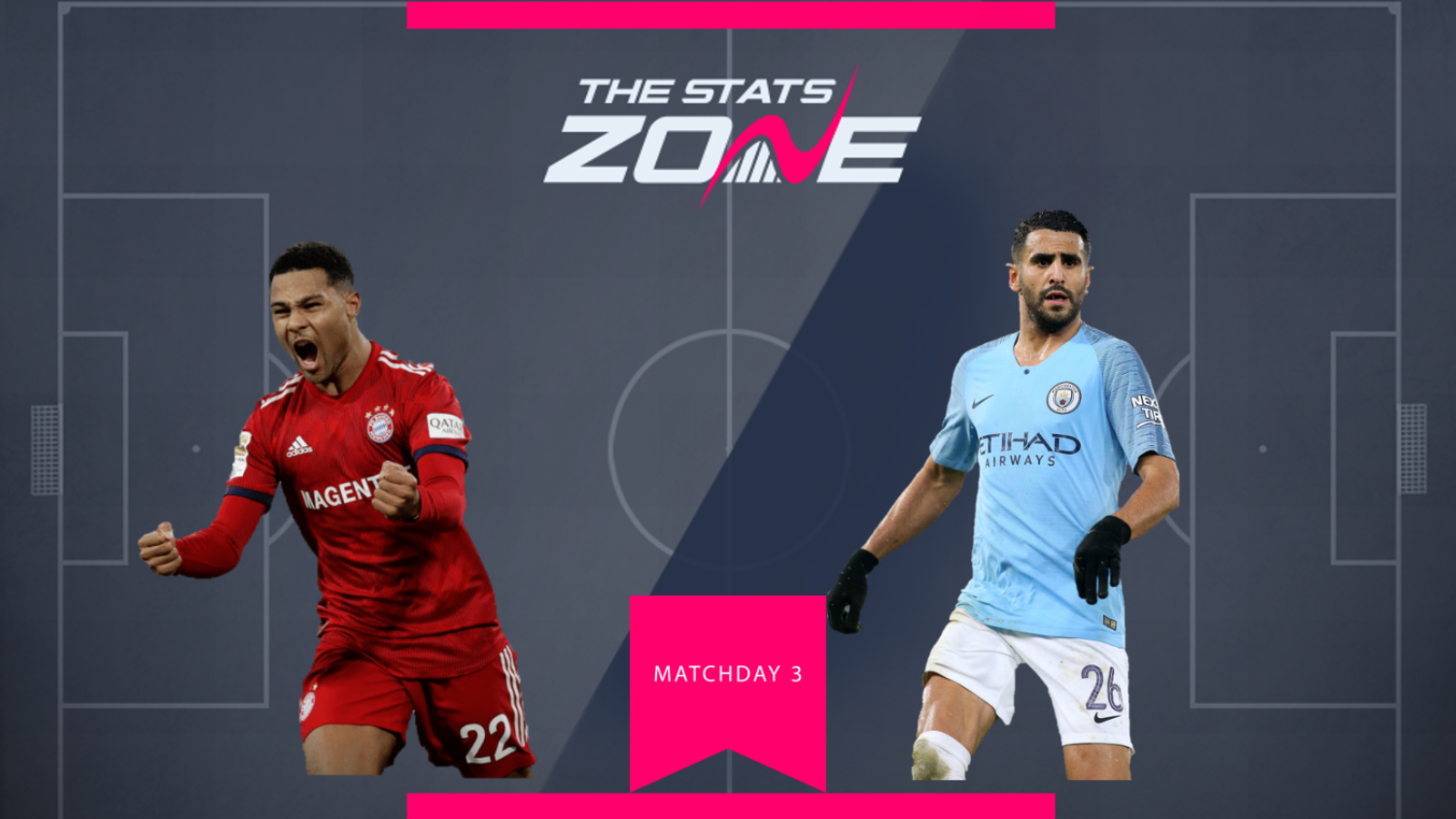 A four-goal haul for Serge Gnabry (€8.0m) on matchday 2 saw the German become only the 13th player in UEFA Champions League history to score four or more goals on a single matchday. The goals were particularly sweet for Gnabry as they came against his former North London rivals Tottenham.

While not quite the four goals Gnabry scored, Riyad Mahrez (€8.5m) did secure an assist against Dinamo Zagreb on matchday 2. After his goal and assist on matchday 1, the Algerian has now netted attacking returns in each of the first two Champions League rounds and has actually only scored six points less than Gnabry so far.

Up next for Bayern is a trip to Olympiacos, while Man City play host to Atalanta. Having already conceded six goals this season, Atalanta have the joint second worst defence in the competition and conceded four on their only away match so far. While Olympiacos’ defensive record is only slightly better – five goals conceded – a trip to the Karaiskakis Stadium is always intimidating for opponents. 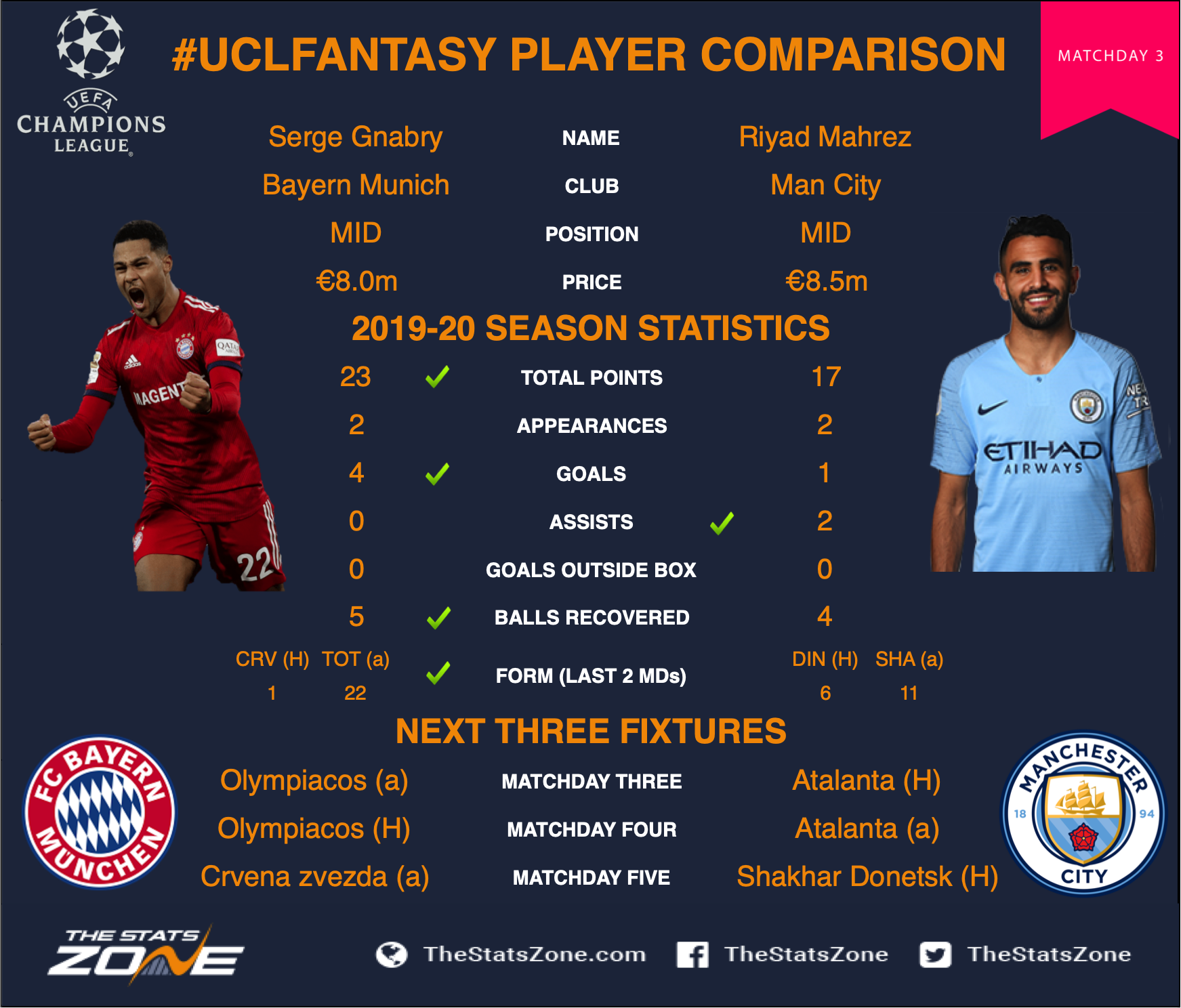