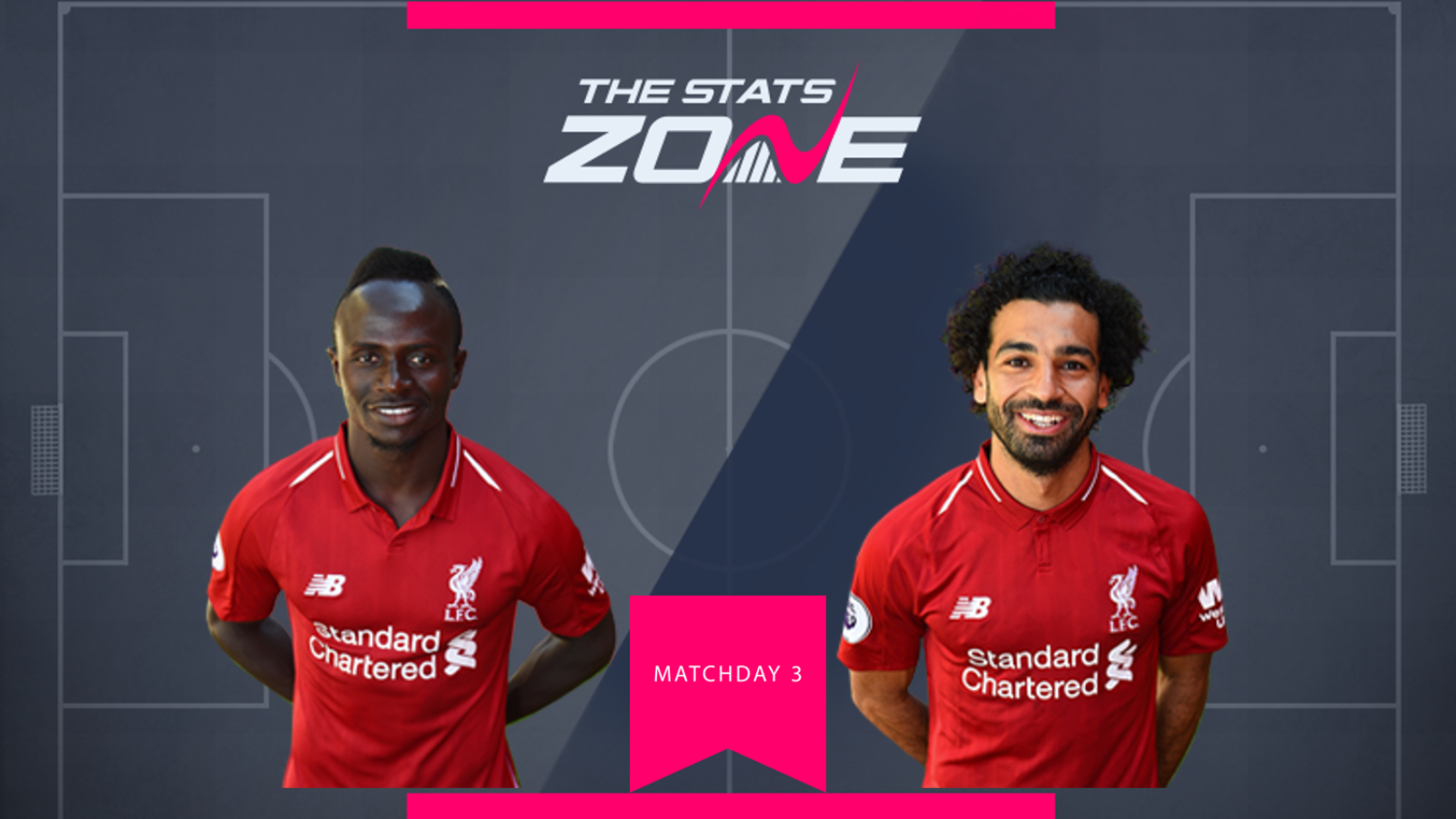 After a relatively quiet matchday 1, which saw Liverpool lose 2-0 to Napoli and Mo Salah (€11.0m) and Sadio Mane (€10.5) score a combined four points between them, the pair exploded back onto #UCLfantasy radars with their performances on matchday 2. Salah scored two goals and 12 points, while Mane found the net once as Liverpool played out an entertaining 4-3 win at home to Salzburg.

Costing €0.5m less than Salah, both players are classified as midfielders who essentially play up front. Despite having one more appearance than Salah throughout last season’s competition, it was the Egyptian who provided the greater attacking threat. A record of five goals and two assists to Mane’s four goals and one assist illustrates why Salah costs an extra €0.5m to acquire his services.

Up next for Liverpool are consecutive matches against Genk with the side travelling to Belgium for matchday 3 before hosting the Belgian Champions at Anfield on matchday 4. The fixtures represent the first and second meeting between the two sides. 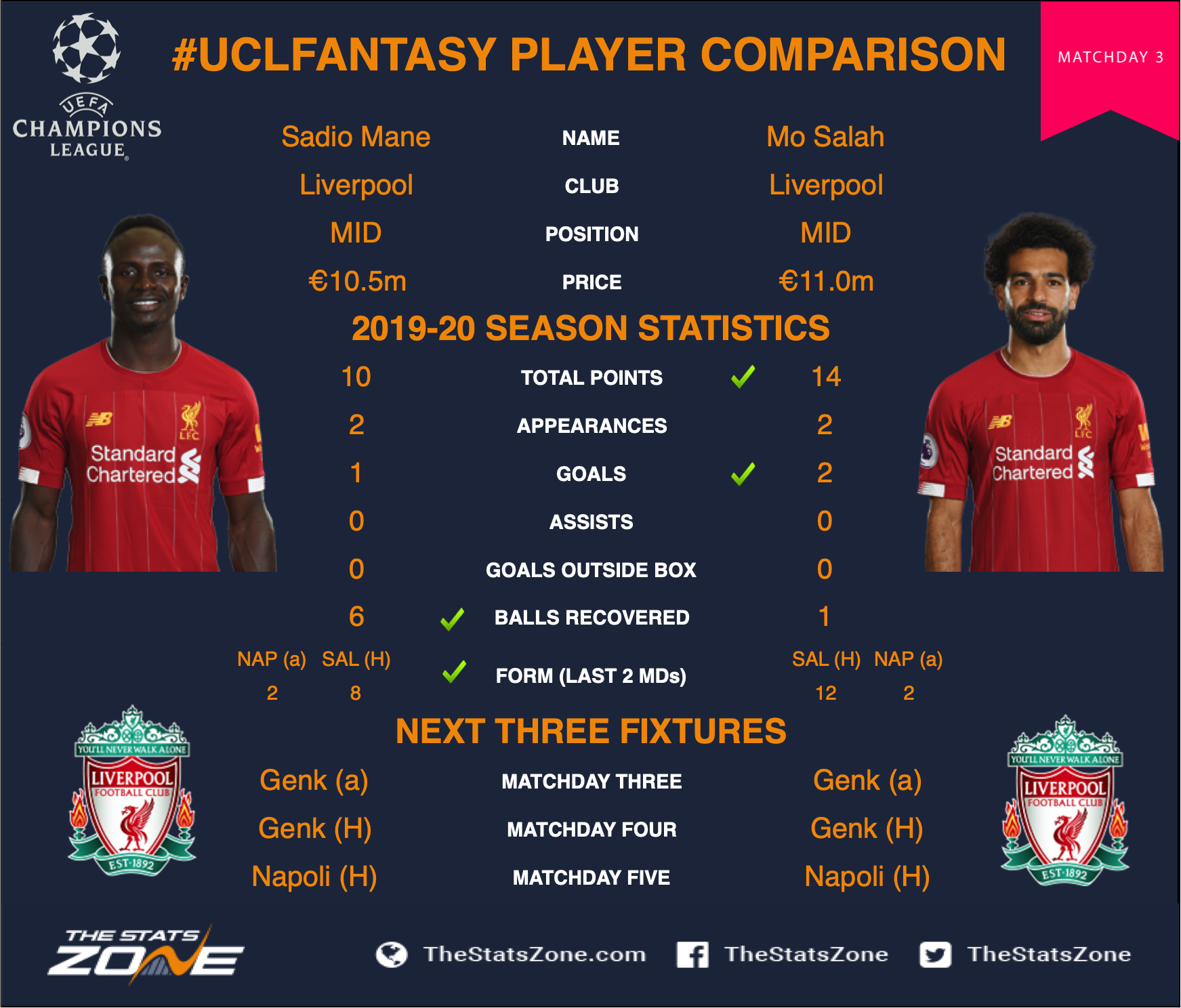