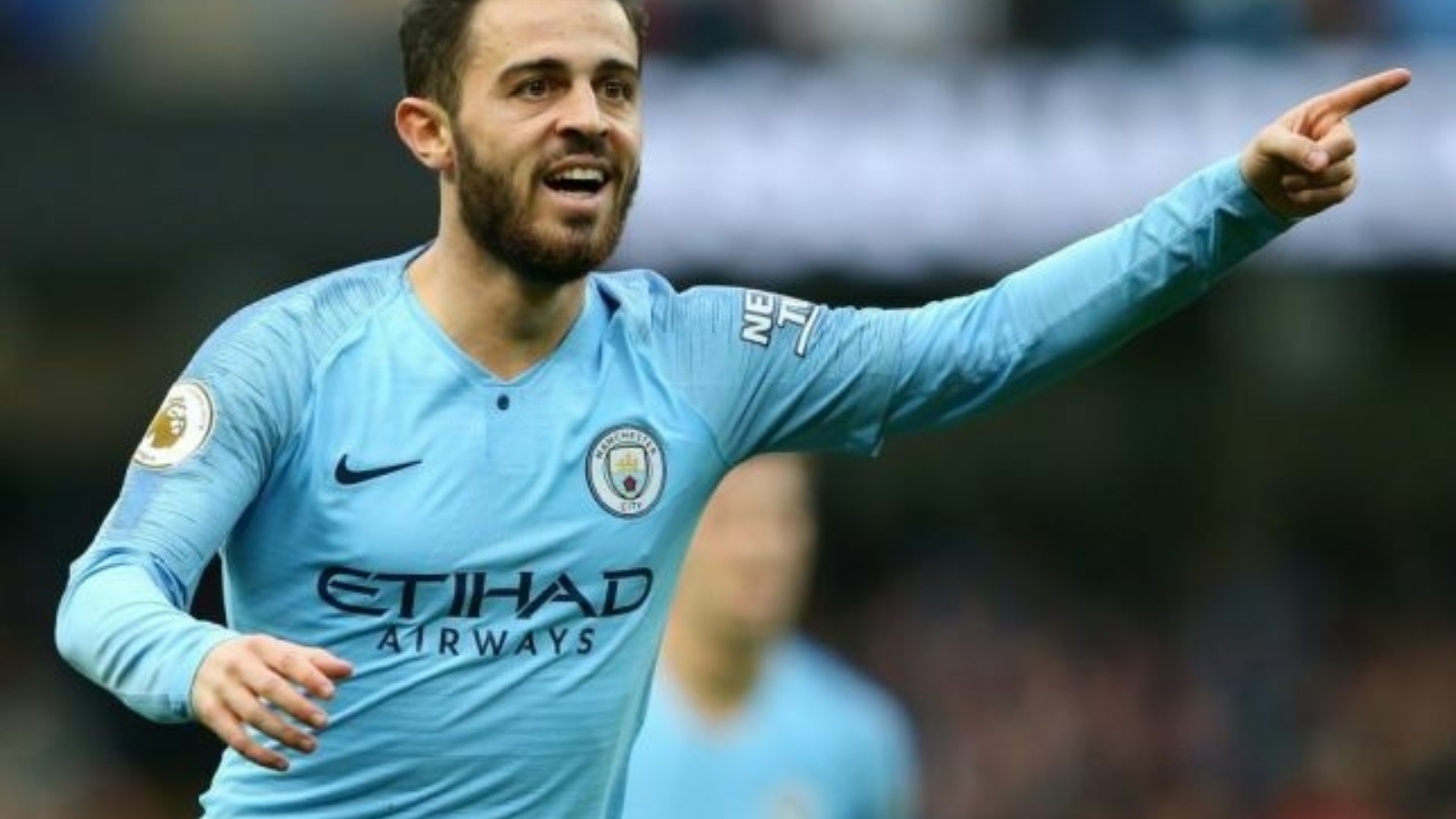 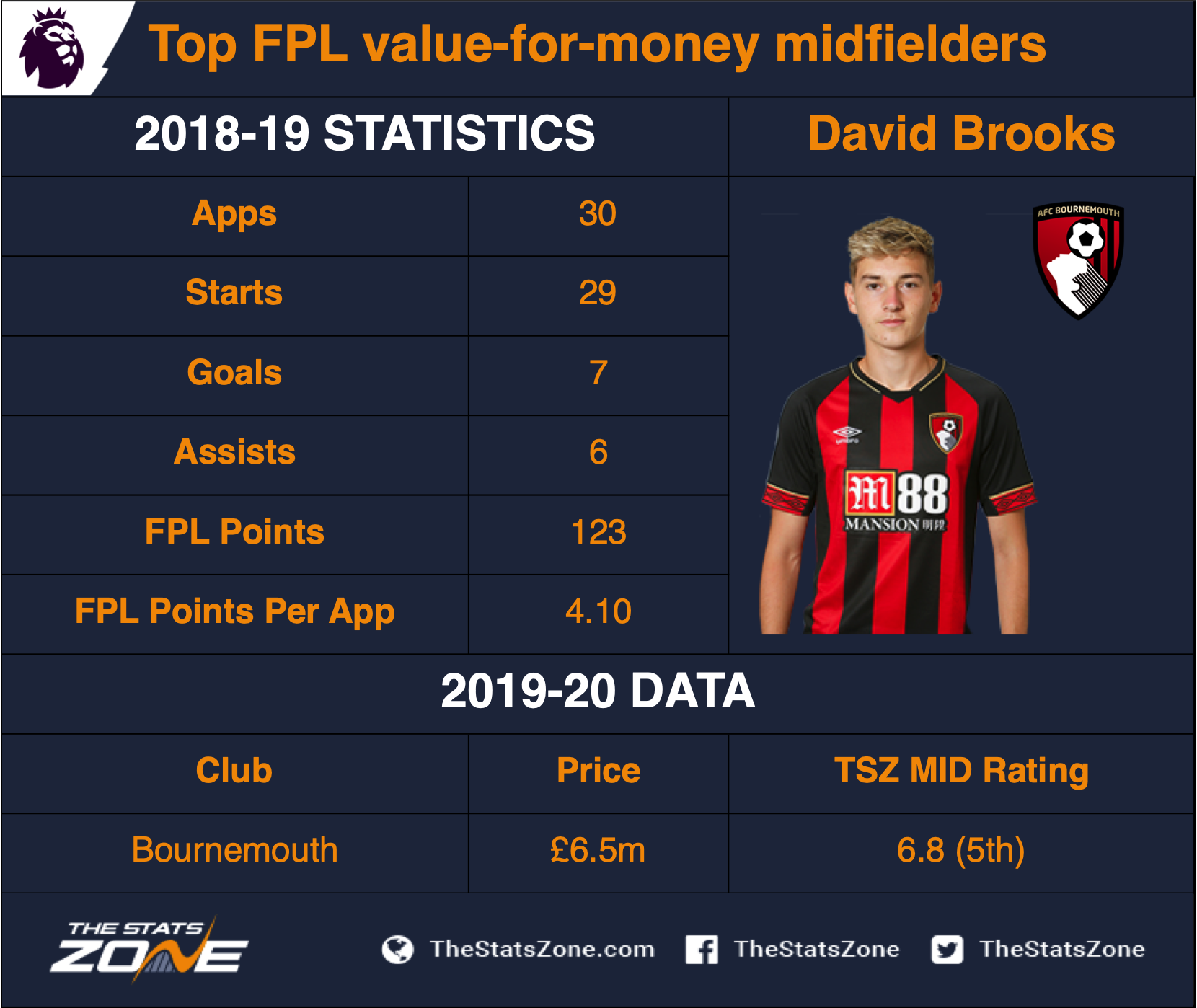 Somewhat unknown at the start of 2018-19, David Brooks (£6.5m) has seen his price rise by £1.5m after a stellar first season in the top flight of English football. While Ryan Fraser (£7.5m) took the majority of the headlines, Brooks was quietly and efficiently going about his business on the other side of the field, scoring seven goals and registering six assists in his 30 appearances. At £1.0m less than Fraser and a full season at the highest level under his belt, Brooks will be looking to kick on in 2019-20. 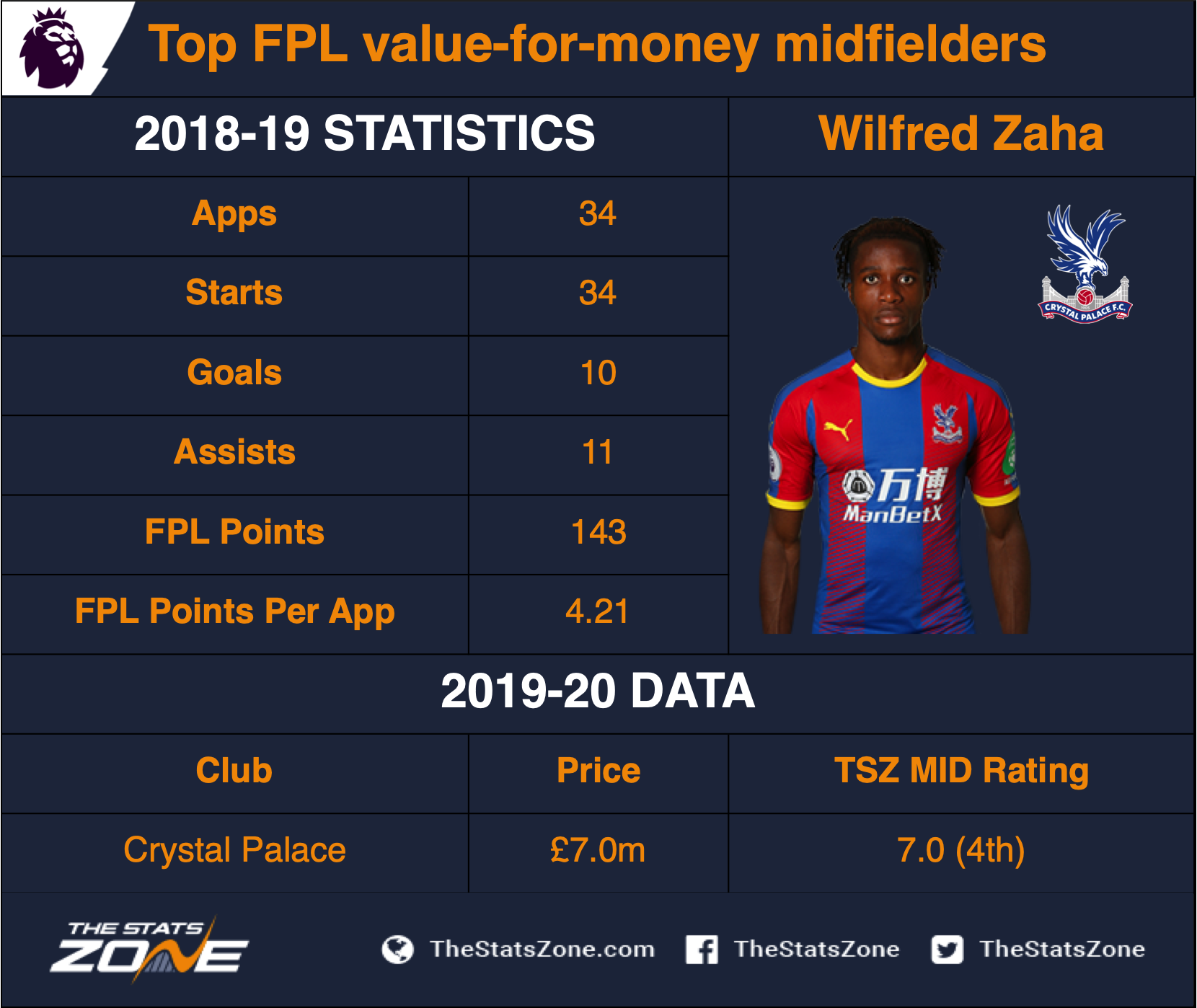 Crystal Palace’s main striker from last season, Wilfried Zaha (£7.0m) has somehow been reclassified as a midfielder for the 2019-20 FPL season. As such, the player now offers significant out-of-position potential. His ten goals and 11 assists last season represented new highs in both categories for Zaha in the Premier League. As he enters his prime, he’ll be hoping to better these totals again in 2019-20. 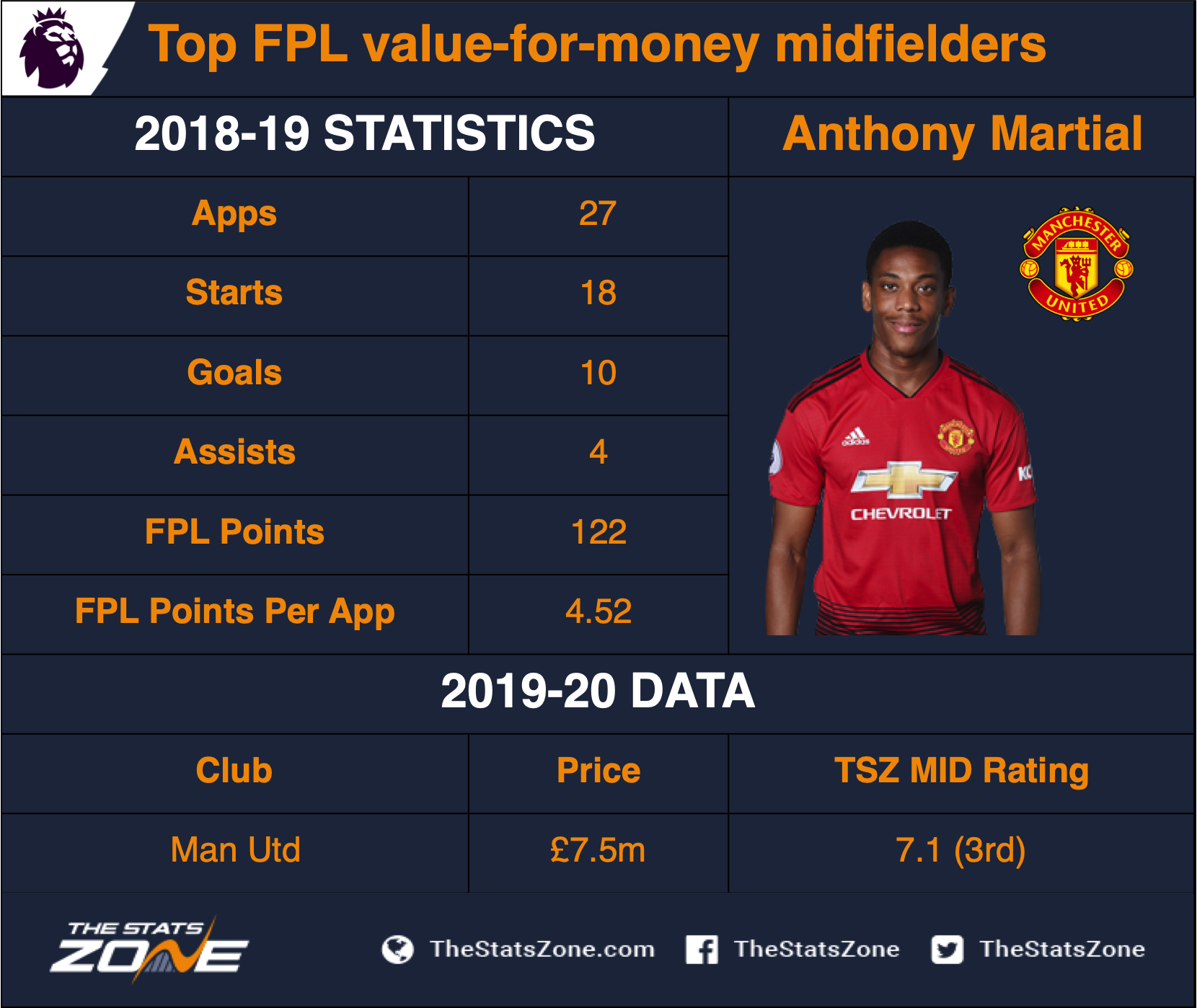 Another out-of-position player is Man Utd’s Anthony Martial (£7.5m). In general, the Frenchman has tended to perform well for FPL managers when given extended playing time at Old Trafford. His problem has always been getting consistent minutes on the pitch. With Solskjaer making it clear he wants pace and youth in his attack for the upcoming campaign, Martial has interchanged with Marcus Rashford (£8.5m) at the top of United’s frontline during pre-season. If Martial can finally fulfil his potential and get a run of games under his belt, his £7.5m price tag will start looking extremely generous. 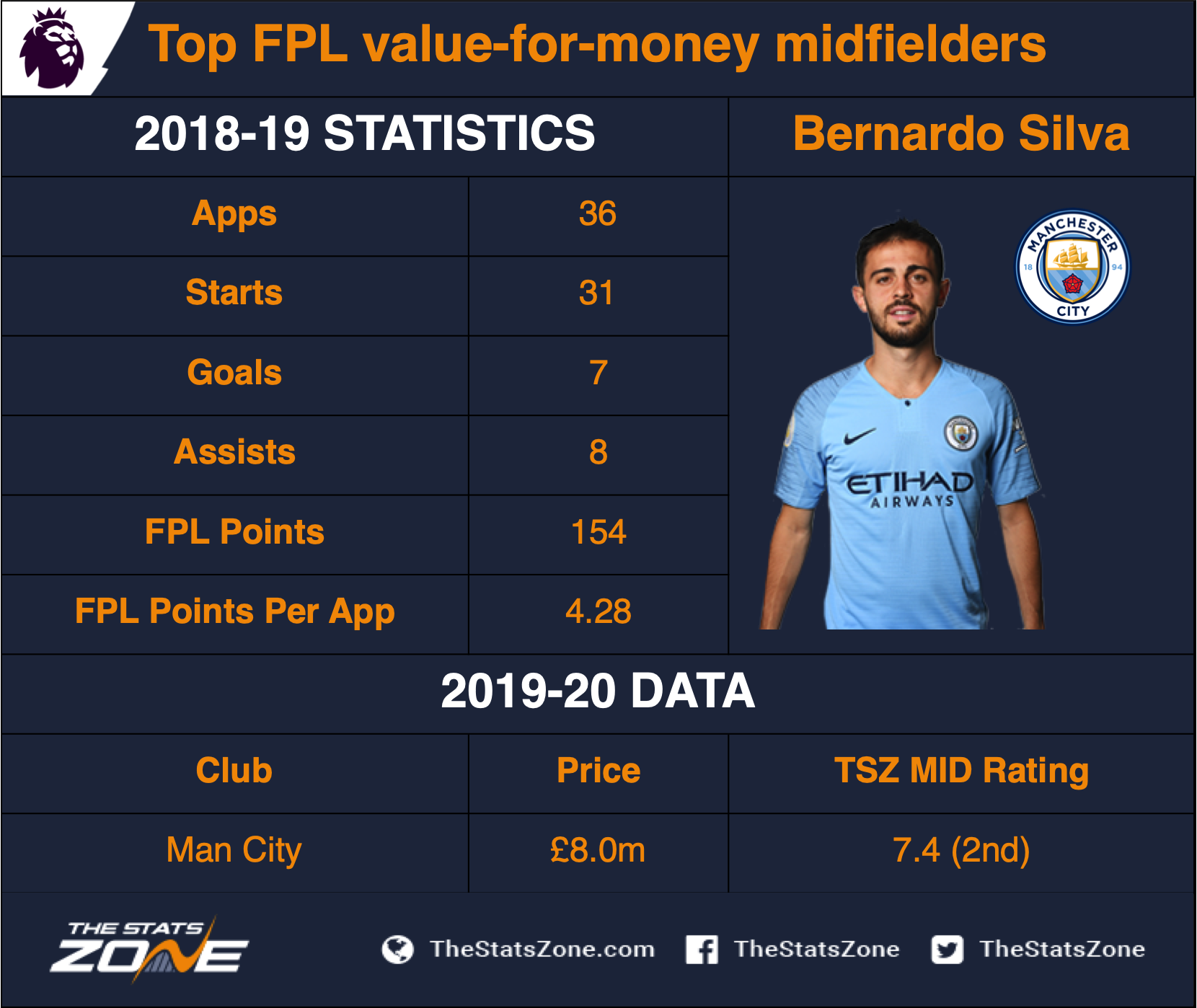 The most expensive player in our value-for-money midfielders list is actually one of the cheapest Man City attacking assets. Bernardo Silva (£8.0m) burst on to the FPL scene last year and is a rarity for Pep Guardiola – a player who generally plays most matches. Pep has been effervescent in his praise for 'Bilva' over the last 12 months and the recent injury to Leroy Sane (£9.5m) will only improve his minutes on the pitch. A Man City attacking asset that is guaranteed minutes and priced at just £8.0m – B. Silva offers serious value for money. 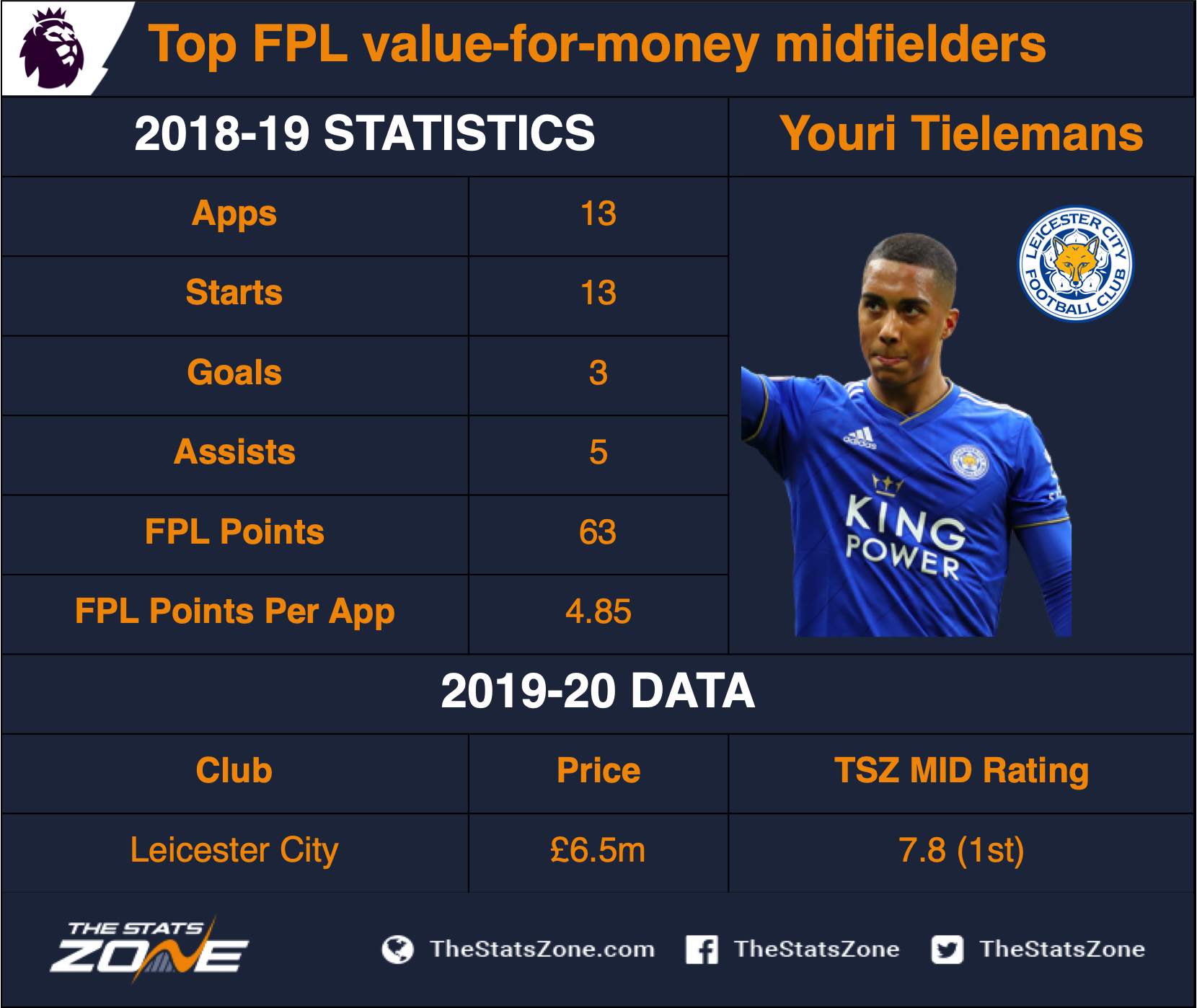 At number one is Leicester’s Youri Tielemans (£6.5m). The Belgian international enjoyed an excellent spell on loan at the Foxes over the final 13 games of the 2018-19 season, scoring three goals and registering five assists. His 4.85 points per appearance during that time period equates to 184 points over a full 38-game campaign – a total that would have seen Tielemans as the fourth best midfielder last season.