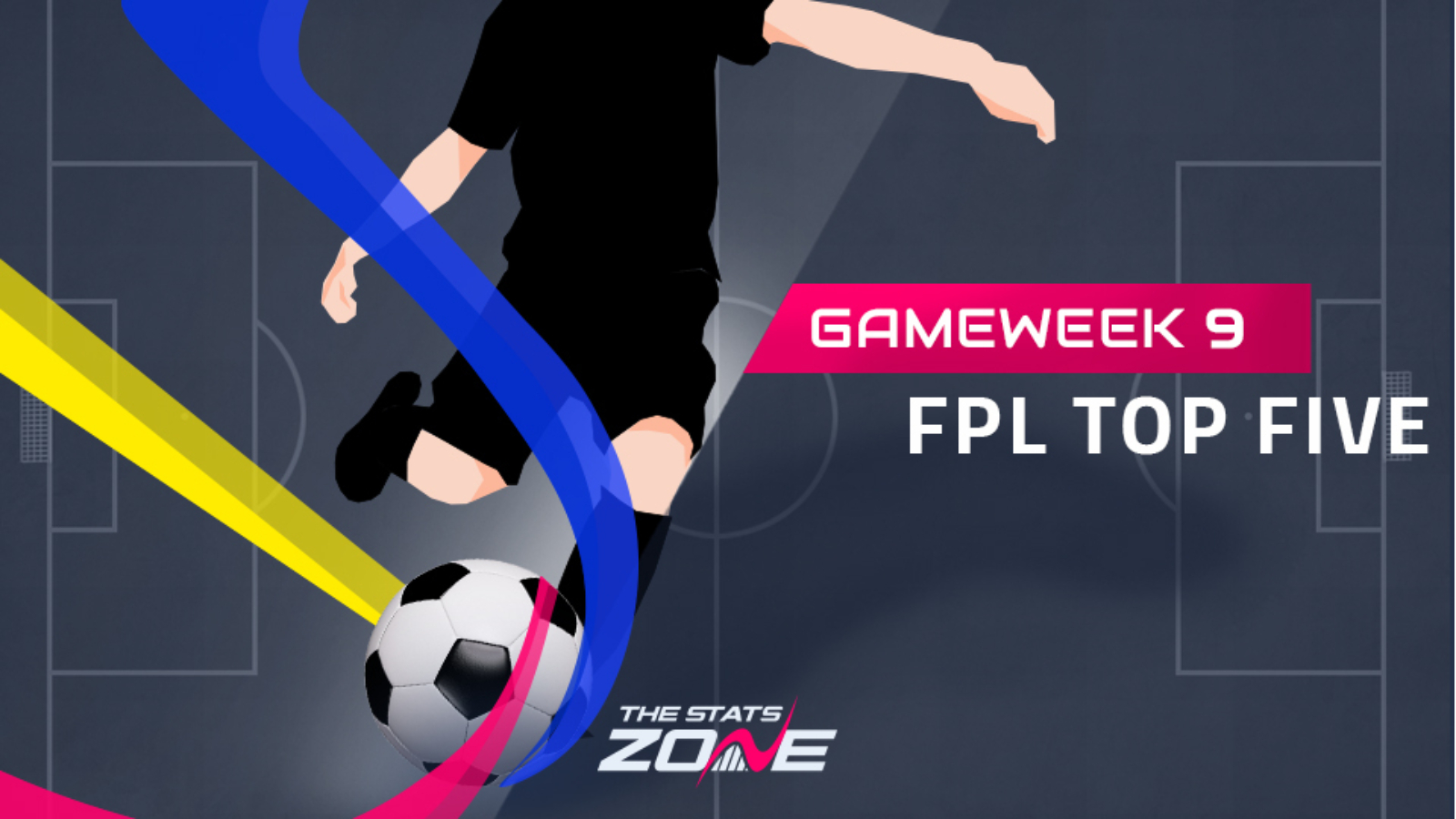 Eight gameweeks have come and gone and it feels like we’re reaching something of an FPL crossroads. Many managers have gone down the route of two starting strikers since the start of the season, with a third budget striker warming the bench, most commonly Mason Greenwood (£4.4m) of Man Utd.

As the season has gone on though, more and more strikers both budget, premium and somewhere in the middle have put their hands up and offered themselves as a reliable FPL point-scorer with consistent returns of goals and assists to whet the appetite of any manager in need of a new striker. With the second international break now in play, the option of three strikers appears to be one to consider going forward.

To help our dear readers out, we’ve taken the time to draw up five differential FPL strikers of varying prices who look odds on for point returns aplenty over the next few gameweeks. Only players owned by less than 15% of FPL managers at the time of writing have been selected to ensure you get the jump on your mini-league rivals. Our selections include some cheap budget options which may allow you to take the plunge and switch to three starting strikers, but also players that will set you back a sizeable fee in the FPL transfer market (albeit not the fee of an Aguero or Kane).

With the ‘Pukki Party’ on hiatus for the time being, us FPL partygoers need somewhere else to attend and boast about our respective FPL successes. Step forward the return of the famous ‘Vardy Party’! Leicester marksman Jamie Vardy (£9.0m) is starting to show signs of the form that helped fire the Foxes to that historic Premier League title back in 2015-16. Five goals so far this season has him on 46 FPL points which is 7th on the list of overall strikers, but Leicester’s fixtures look set to turn following the international break with a defensively suspect Arsenal the only 'Big Six' opposition for the Foxes up until Gameweek 18. He sits at a fairly expensive price of £9.0m but could make mincemeat of that with his upcoming fixtures. Owned by only 10.3% of FPL managers, Vardy could see you fire up your respective FPL league tables as Leicester attempt to establish themselves within the fabled top four.

Two free transfers and I think Vardy is my top transfer target !! With him & Tammy up top that would be a decent strike force right. Who’s your top target for GW9 ? #FPL https://t.co/Y6HjCKsSk9

@Georgegabrielx The Pukki party, might still be going but it’s winding down now and it’s mainly those people left dancing to Robbie Williams ‘Angels’ now, some of us have headed over to the Vardy Party where the filthy tunes will be booming and where you’ll mainly only see hipsters. https://t.co/I0Ari8nWll

When he isn’t spending an extended period of time on the treatment table, one FPL striker you have always been able to rely on is Bournemouth’s Callum Wilson (£7.9m). After registering 14 goals and 12 assists last season, Wilson has started this campaign solidly, nearly always registering some form of FPL points return. Despite not scoring in his first three matches, Wilson still managed an assist in each game to bring something home to the owners who weren’t ruthlessly cutting him in favour of bandwagon strikers such as Teemu Pukki (£7.1m) and Tammy Abraham (£7.7m). But since then, Wilson has added goals to go with his assists and between Gameweeks 4 and 7 the England international netted five goals for the Cherries. Despite his first blank of the season in Gameweek 8 against Arsenal, Wilson looked sharp and missed a golden opportunity to score through his own unselfishness as he attempted to square the ball to a teammate rather than shooting into an empty net.

Next on the horizon for Bournemouth is a friendly run of fixtures, beginning with a Gameweek 9 home game against a Norwich side who have conceded 21 goals already this season, by far the worst in the Premier League. Wilson has scored three in his last two games at the Vitality Stadium and will look to add to that tally against the Canaries, before backing it up with another goal-laden performance away to bottom club Watford in Gameweek 10. Owned by 12.6% of FPL managers, you’ll struggle to find a more enticing FPL prospect than Wilson over the next couple of gameweeks.

It’s beginning to look like a familiar story for Raul Jimenez (£7.1m) of Wolves when it comes to his performances in the Premier League. At this time last season, Jimenez had scored two Premier League goals following the conclusion of Gameweek 8 as his started the season slowly, adapting to the rigours of English football’s top division, but come the end of the season, the frontman finished with 13 goals and 10 assists and had established himself as the breakout FPL striker of the season. Fast forward to the end of Gameweek 8 this season and once again, Jimenez sits on two goals for the campaign. With well over a year of Premier League experience under his belt though, he’s expected not to keep his owners waiting so long for future FPL returns and offered a sign of things to come last weekend with two assists away at Man City, giving him ten FPL points to take away from the game.

After a summer of Gold Cup action for Mexico, Jimenez has been given a well-earned rest from international duty and will line up in Gameweek 9 off the back of a two-week break. With an exciting run of fixtures ahead for a Wolves side who have won their last three games in all competitions, their No. 1 striker could be the star differential for your FPL team if you decide to bring in the Mexican, who currently stands at a bargain £7.1m and is now owned by only 8.6% of managers after being sold in droves since the start of the season.

Raúl Jiménez: - Not called up to Mexico - Down from 7.5m to 7.1m - 8.5% ownership - Immune (so far) to Europa League rotation Wolves have finally come into form and their fixtures are great through mid-December. Is Raúl worth considering? 🤔 #FPL #fantasypremierleague https://t.co/JuW94nVmsT

We now move into budget differential territory as managers search for that illusive third striker to complement what they already have within their ranks. Our first sharp shooter in the spotlight comes in the form of Burnley man Chris Wood (£6.2m), who suffered a disastrous start to the season, scoring only one goal in his opening five gameweeks. To make matters worse, the goal he scored came at the wrong end of the pitch! That was an own goal against Liverpool in Gameweek 4, which led to him gaining zero FPL points from the fixture.

Unsurprisingly, this poor run of form let to him being sold at will by managers sucked in from his goalscoring exploits in pre season, but Gameweek 6 saw a renaissance for Wood as he opened his account for the season at the right end of the pitch, scoring both goals in the Clarets’ 2-0 win over Norwich. A further goal in Gameweek 7 away at Aston Villa led to a price rise following four successive drops and it appears that the Kiwi may be a popular FPL asset once again. Owned by only 1.3% of FPL managers, Wood provides a cheap second or third forward option, playing for a reliable Burnley side who can always be trusted to return goals having only failed to score once so far this season.

When you wake up on Sunday morning and remember that Burnley secured 3 more very valuable points, with Chris Wood getting off the mark for the season A very emphatic YES! 🙌 #BurnleyFC #twitterclarets https://t.co/TAziqlqYVX

Every time a £4.5m priced striker starts for his Premier League team and finds the back of the net, FPL managers far and wide begin salivating uncontrollably. Such a case occurred for the first time this season in Gameweek 8 as Brighton’s 19-year-old forward Aaron Connolly (£4.5m) bagged a brace in his first Premier League start for the Seagulls following three previous league appearances off the bench this season. To make matters even more exciting, the goals came against a ‘Big Six’ outfit in Spurs, underlying the achievement of the Irishman.

The question is, can he back this up going forward and does Brighton boss Graham Potter have enough faith in the young star to hand him his second successive start in Gameweek 9, which sees the Albion travel to newly-promoted Aston Villa. With the evergreen Glenn Murray (£5.7m) waiting for his chance to play from the off, Connolly faces a huge task to make his starting berth a long term one alongside new signing Neil Maupay (£6.0m), who himself looks a very handle FPL differential for anyone looking for a striker within the £6.0m bracket. If Connolly can nail down that spot, then at £4.5m and an ownership of only 0.9%, he could prove to be FPL gold going forward!