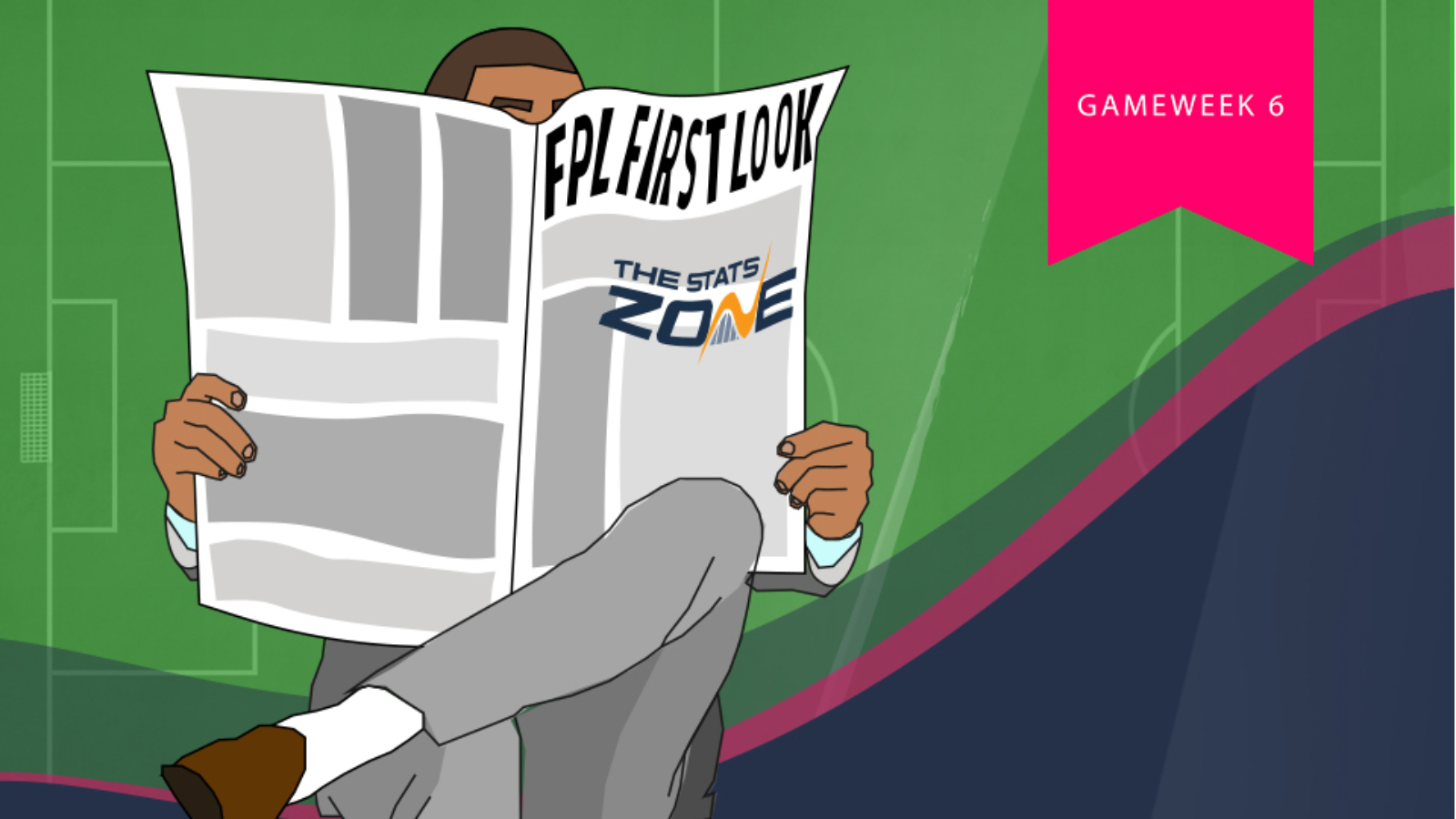 The injury to Aymeric Laporte (£6.4m) in GW4 had left FPL managers wondering how much the Frenchman’s absence would adversely affect City’s propensity for keeping clean sheets. An error-strewn defensive performance by John Stones (£5.4m) and Nicolas Otamendi (£5.4m) in GW5 provided an immediate answer. Norwich scored three times as City offered little indication that they could record any shutouts with Laporte sidelined.

Otamendi and Stones, what are you doing...? pic.twitter.com/Cmnec3XuTE

Stones and Otamendi have partnered each other at the back in the Premier League under Guardiola on 25 separate occasions. During that time, the club have conceded an average of 1.1 goals per game, more than any other defensive partnership, and seen their clean sheet percentage fall to 35%, the lowest of any defensive partnership. With the news that Stones is now out for at least a month, Pep will have to dig even further into his defensive resources for the time being. It is likely then, that the FPL point returns for both Kyle Walker (£6.0m) and Oleksandr Zinchenko (£5.6m) will suffer.

Why I won’t be touching Otamendi. An absolute liability and Pep will surely look for alternative solutions, even if they’re far from optimal. #FPL pic.twitter.com/kTsZs4JWdI

Since taking over at the Emirates Stadium, Emery’s Arsenal has developed a reputation for giving away cheap goals. Whether it’s David Luiz (£5.9m) conceding his second penalty in four matches or Sokratis (£5.0m) calmly slotting Watford’s Tom Cleverley (£4.9m) through on goal, since the start of 2018-19 no Premier League club have made more errors leading to goals than the Gunners. The side also have the unenviable record of allowing the most shots on goal this season after conceding 31 to Watford at the weekend!

Arsenal extremely fortunate to get a point according to xG. Watford has 31 shots against Arsenal, while limiting the Gunners to just seven and 0.85 xG. Same old problems for Arsenal, promising signs for Watford #WATARS pic.twitter.com/KdG9IfoETd

The plus point for FPL managers of Arsenal giving away all these chances is that their attacking players know they must keep scoring at the right end. With Alexandre Lacazette (£9.4m) out until October, Pierre Emerick-Aubameyang (£11.0m) is set for a clear run of fixtures in the No. 9 role. After delivering a brace against Watford, Arsenal will play just one of last season’s top six in their next 11 matches.

#Arsenal’s Pierre-Emerick Aubameyang has scored just three goals in 14 league games vs sides from the ‘top six’ - against everybody else he has bagged 31 in 38 #NLD #COYS pic.twitter.com/jXmaqr1WDc

After a less than stellar start to the season where rumours circulated of players wanting out from the club, a 4-0 victory at home to Crystal Palace could be seen as the turning point for Spurs this season. The performance was led by Heung-Min Son (£9.6m), who scored twice in a 16-point haul. Owned by just 5.0% of FPL managers, he is an intriguing differential.

So my fellow fantasy ballers, how are we fitting Son into our teams? 🤔 #FPL #FPLCommunity pic.twitter.com/BDYzesYt93

Another who wanted away this summer, the injuries to Kyle Walker-Peters (£4.9m) and Juan Foyth (£5.9m) allowed Serge Aurier (£4.9m) a first start of the season. The Ivorian duly delivered, marauding down the wing to the tune of two assists in addition to his clean sheet. If the defender can lock down the right-back slot in Pochettino’s side he could offer excellent value over the coming gameweeks.

The only slight concern from a Tottenham viewpoint is the form of Harry Kane (£11.0m), who registered just one assist in the four nil demolition. Still seemingly operating in a deeper position, it is hard to justify owning the forward when the likes of Sergio Aguero (£12.1m) and Pierre-Emerick Aubameyang, who have both returned points in every match this season, cost a similar price.

4. TAMMY ABRAHAM IS THE REAL DEAL

With his hat-trick against Wolves on Saturday, Tammy Abraham (£7.3m) took his goal tally to seven in his last three games. Nailed on as Chelsea’s main striker, the current Premier League top scorer has been on fire in recent weeks. With a price tag of just £7.3m, FPL managers can simply no longer ignore Abraham as budget-friendly strikers continue to keep pace with the more premium assets.

There were concerns over the player’s fitness following an early substitution, however Lampard as allayed these after confirming that the substitution was due to cramp: "Abraham had a bit of cramp. It was probably excitement from his hat-trick and the energy he used up because he works so hard. There were a few who had played international mins, some more than others, so I’ll analyse that."

5. WOLVES STRUGGLING TO COPE WITH DEMANDS OF EUROPA LEAGUE

After a 5-2 defeat at home to Chelsea in GW5, Nuno Espirito Santo has seen his Wolves side drop into the relegation zone with no wins in their opening five premier League matches. The club’s form in the league is at odds to their Europa League results as qualification to the competition was secured on the back of six wins, 19 goals and three clean sheets.

In many ways Wolves are travelling a similar route that Burnley did last season – one where their Premier League results suffer as a direct consequence of their Europa League commitments. Like Dyche, Santo is not one to rotate his side too often starting just 18 different players last season as Wolves went on to finish seventh. If their Premier League form is to pick up, it is a tactic that will need reconsidering. However, until that point arrives the likes of Raul Jimenez (£7.3m), Diogo Jota (£6.3m) and Matt Doherty (£5.9m) are probably best avoided by the FPL masses.