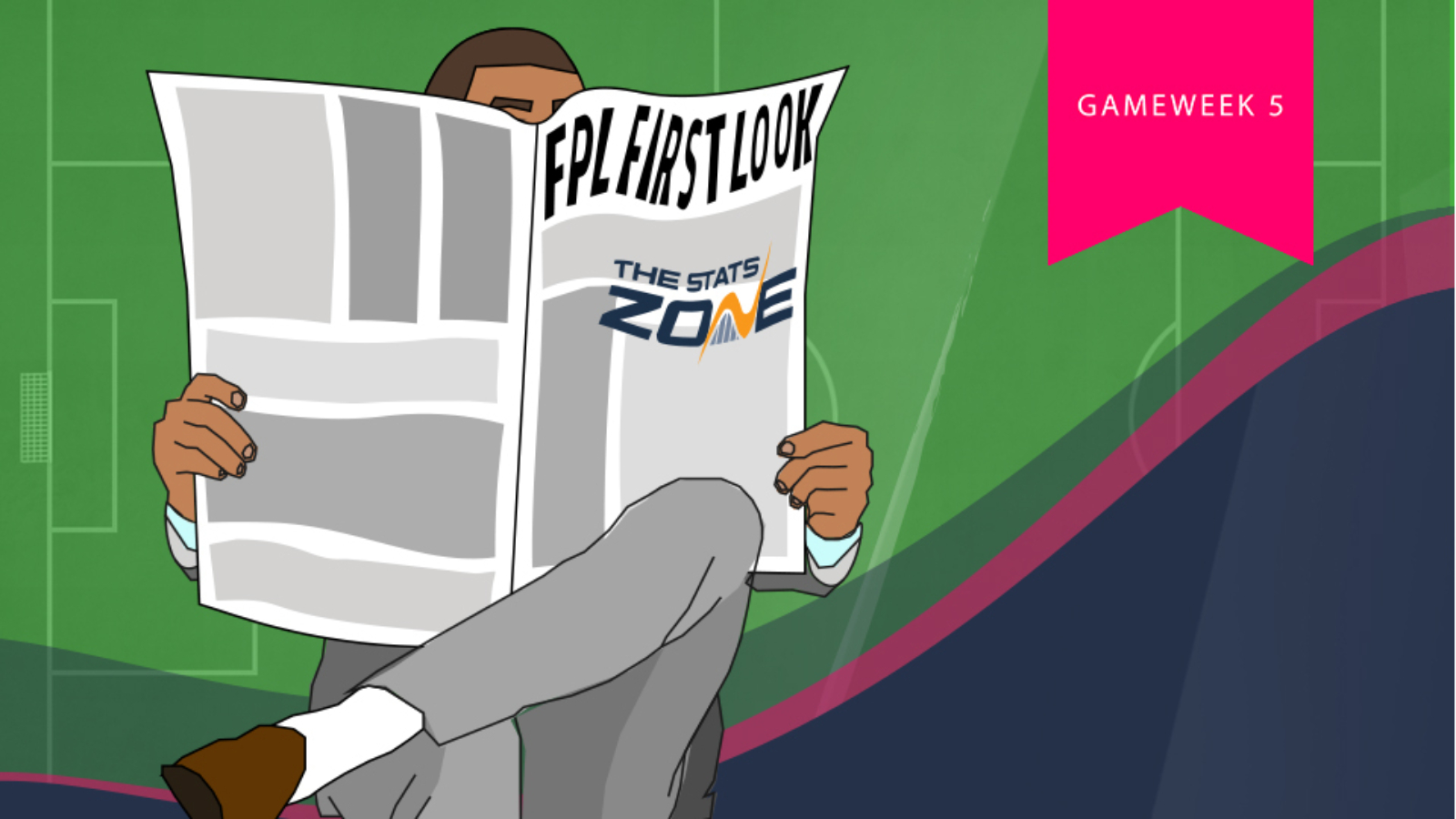 After the injury to Gabriel Jesus (£9.5m) at the start of GW3, Sergio Aguero (£12.1m) was highlighted last week as one to watch. A rarity in a Pep Guardiola team, Aguero was a nailed on starter for GW4. Two goals, an assist and three bonus points have put the Argentinian top of the point-scoring charts and left FPL managers wondering how to fit Aguero, Raheem Sterling (£12.3m), Kevin De Bruyne (£9.8m) and Mo Salah (£12.5m) into a single team.

On a wild card. Sterling or Aguero? I have seem to choose between the two 😩 #FPL #FPLCommunity pic.twitter.com/Dh1qqMgrDs

Aguero is one of those exceptional players in FPL that is capable of putting up 15+ points every time he steps onto the field. Despite Sterling’s hat-trick in GW1, it is Aguero who is currently City’s top scorer in the Premier League having found the net six times in the opening four matches.

He now has the most goals and the highest overall score so far this season#FPL pic.twitter.com/Jpd8XhRVNL

Deciding which two from Aguero, Sterling and De Bruyne is a decision that most likely has no right answer, especially given Pep’s penchant for rotation. However, despite Guardiola and the inevitable return of Jesus, at this moment in time it’s hard to look past the Argentinian as the most likely source of City’s goals.

On a week where the Pukki party finally started to quiet down, Jamie Vardy (£8.9m) reminded FPL owners who the original roisterer was. Vardy was busy having a party back when Teemu Pukki (£7.0m) was still plying his trade at Brondby and although a number of FPL managers wavered following his inauspicious start to the season, his manager's faith in the forward never faltered.

Prior to the GW3 match against Sheffield Utd, Brendan Rodgers had been questioned on Vardy’s start to the season and has been steadfast in his defence of the forward, declaring it was just ‘a matter of time’ until he kicked into gear. Three goals in his last two gameweeks have left those who did keep the faith feeling the warmth and reward of a green arrow, while those that didn’t have been left to lament their decision to cut the forward.

Man United and Spurs up next for the £8.9m priced forward. 💥💥#FPL pic.twitter.com/2gGQqKsyi0

Leicester play Man Utd (a), Spurs (H) and Newcastle (H) over the next three, with those sides currently having just two clean sheets between them this season.

The Hammers travel to Aston Villa in GW5 and there are a number of FPL assets that are starting to make themselves known from the squad. The most obvious is frontman Sebastien Haller (£7.5m) who falls into the range of semi-budget friendly forwards. For those managers looking to role out a high-priced premium midfield, coupling Haller with another budget forward would enable the funds for this.

From the midfield, Manuel Lanzini (£6.5m) is the obvious choice having caught the eye with two assists already but it is the re-emergence of Andriy Yarmolenko (£5.9m) who could offer better value moving forward. Finally fit again after missing the majority of last season, Yarmolenko averaged an attacking return every 150 minutes of playing time in 2018-19 before injury cut his season short. Owned by just 0.2% of FPL managers, the midfielder could offer serious differential value.

This season West Ham have had a big chance every 8.1 minutes and with the 2nd highest shot accuracy in the league and the 5th highest conversion rate the irons could get goals. ⚒💣#FPL #FPLCommunity pic.twitter.com/KIfVnKt6RV

For the first time this season, the two best defences from last year - Liverpool and Man City - both recorded a clean sheet in the same Gameweek. While premium defensive assets from the two clubs have yet to really justify their price tags, GW4 could represent a turning point.

For Liverpool, Trent Alexander-Arnold (£7.0m) has kept the points ticking offer through assists. Andrew Robertson (£6.9m) however has yet to register any attacking returns this season despite having more shots on goal than any other defender. It would seem only a matter of time until the left-back starts firing again and with the Reds potentially getting over their early defensive troubles, a match in GW5 at home to Newcastle could represent the time to bring the full-back back in.

At City, the injury to Aymeric Laporte (£6.5m) could cause some defensive uncertainty in the back-line but John Stones (£5.4m) is expected to return from injury after the international break. There has also been talk of Kyle Walker (£6.0m) filling in at centre-half, a move which would see Joao Cancelo (£5.4m) also come into the side. With Stones, Nicolas Otamendi (£5.4m) and Cancelo all priced below £5.5m, the trio offer a way into a likely source of clean sheets for relatively low prices.

Watford finally registered their first point of the season in GW4, securing a 1-1 draw on Tyneside against Newcastle. With three defeats and just a single point to their name this season, the Hornets have started this season the way they ended the last – conceding plenty of goals while scoring few at the other end. Javi Gracia's side have now won just three in their last 15 Premier League matches and none in their last eight. They also haven’t kept a Premier League clean sheet since February 9th 2019 – a 1-0 victory against Everton. This is relegation form.

It could get worse for them in the coming weeks, as they face Arsenal(H), Man City(A) and Wolves(A), Sheffield(H) in their next 4 games. #FPL #FPLCommunity #PremierLeague @WatfordFC #watfordfc

Matches against Arsenal (H) and Man City (a) in their next two offer little respite. With Watford failing to score in two of their opening matches and only finding the net twice in this season – the lowest in the league – stacking sides with defensive and attacking options set to play Watford would seem a likely source of points

Tough road ahead for them.