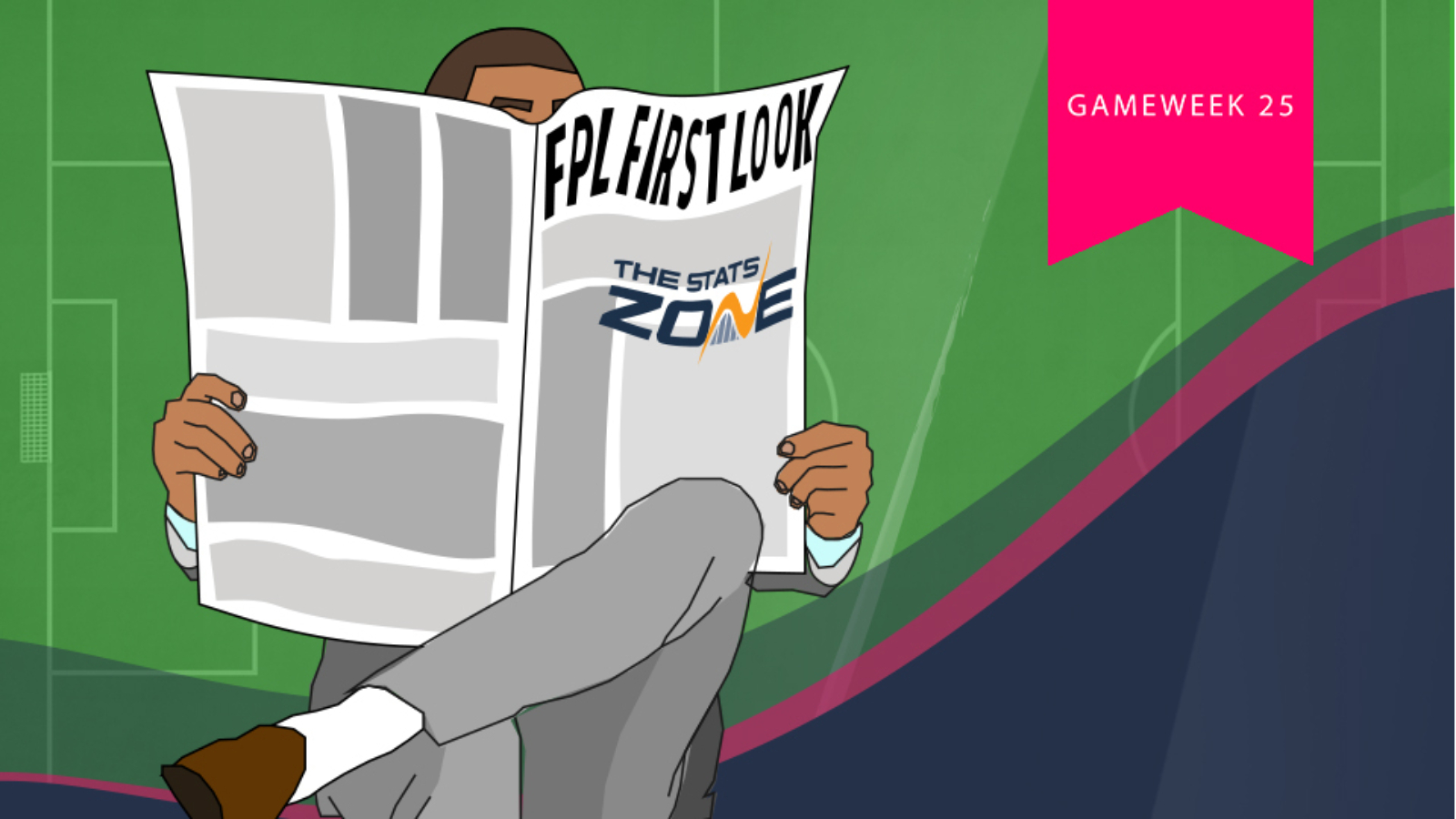 1. AUBAMEYANG A MUST ON ARSENAL RETURN?

Pierre-Emerick Aubameyang (£10.7m) will make his return to the Arsenal side this week after serving a three-match ban for his red card against Crystal Palace in Gameweek 22 and he is arguably a vital inclusion now he is back in the fold. The Arsenal captain had already found the back of the net before receiving his marching orders at Selhurst Park for what was his third goal in four Premier League outings. Having notched 14 goals so far this season, only two players have scored more in the Premier League and Aubameyang will be keen to get back on the scoring trail in the race for the Golden Boot.

Arsenal have a nice run of fixtures until the very back-end of the season other than facing Man City in Gameweek 28 with Burnley (a), Newcastle (H) and Everton (H) their next three before West Ham (H), Brighton (a), Southampton (a) and Norwich (H) follow after their trip to the Etihad. Those fixtures present Aubameyang with plenty of good opportunities to find the back of the net and he could link with Gabriel Martinelli (£4.5m), who is pushing for a permanent spot in the Arsenal starting XI after scoring in his last two Premier League appearances in Aubameyang’s absence. Martinelli could be the unfortunate one to make way for his returning skipper but there is a clamour amongst the club’s fan base for the young Brazilian to retain his place in the side and Mikel Arteta may go along with that.

Man Utd suffered a poor defeat at home to Burnley last time out and it highlighted how much they are set to struggle without the injured Marcus Rashford (£8.9m). The England international’s season could be over after suffering a double stress fracture to his back in his side’s FA Cup third round replay win over Wolves and should have already been removed from FPL teams. Man Utd are not flush with attacking options and unless they make some serious moves in the final week of the transfer window, it looks like the time would be right to move on from other Man Utd players occupying FPL teams.

Anthony Martial (£7.9m) could be the one to benefit from Rashford’s absence if he assumes penalty-taking duties but Rashford is a key cog to Man Utd’s attack and without him, they pose little threat in the build-up to the final third which is likely to harm the Frenchman’s output. The 2-0 reverse against Burnley also highlighted the deficiencies that Man Utd have at the back and with just four clean sheets all season, there are better options out there than the likes of David de Gea (£5.4m) and Aaron Wan-Bissaka (£5.3m).

Pep Guardiola can spring a surprise with his team selection at any time and the starting XI that he picked in his side’s last Premier League outing at Sheffield United backed that up. Despite scoring five goals in his previous two games, Sergio Aguero (£12.0m) found himself on the bench but the Argentine was able to come on and break the deadlock, providing the match-winning goal for his side. With the Premier League title almost certainly heading to Anfield, Man City could employ even greater rotation with the return of the Champions League in the not too distant future. It is likely that Man City will focus on that competition and that could lead to plenty of surprise team selections whilst they remain in that competition.

There is a big risk carrying Man City players over this period but Aguero may be one to persist with at this moment in time whilst Kevin De Bruyne (£10.6m) is also someone who can provide plenty of rewards even if handed limited minutes from the bench. The likes of Gabriel Jesus (£9.5m), Raheem Sterling (£11.7m) and Riyad Mahrez (£8.5m) could be in and out of the side and perhaps carry bigger risks than the previous two names mentioned and should be avoided. Aymeric Laporte (£6.3m) made a successful return from injury against Sheffield United as he contributed to a first clean sheet in four games for Man City but he too is best avoided as he works his way back to full fitness as well as a run of potentially difficult fixtures.

4. STICK OR TWIST WITH INGS?

Danny Ings (£7.0m) has been one of the most in-form strikers in the Premier League this season and between Gameweek 12 and Gameweek 22, the Southampton striker found the back of the net 10 times to put an incredible scoring run together. He was unable to score in Gameweek 23 and was benched for his side’s win over Crystal Palace in Gameweek 24 with the England hopeful afforded just a 20-minute cameo. Ings is still very much the main man in this Saints team and is likely to return to his side’s starting XI for the trip to his former club Liverpool at the weekend.

That game will be a difficult one for Ings to get back to scoring ways but after that contest, Southampton have a run of favourable match-ups against Burnley (H), Aston Villa (H), West Ham (a), Newcastle (H) and Norwich (a). If Southampton can maintain their current form, they will be in a great position to claim points in all of those games and Ings will be the man to fire them to victory. There should be no panic if he does not score at Anfield with the goals set to flow again soon for the striker and he could be complemented by Nathan Redmond (£6.2m), who should be able to build on a 13-point haul against Palace last time out.

Wolves demonstrated their ability with a quality showing against Liverpool at Molineux last week and were unfortunate to come away with nothing from that game. That performance only strengthened their case for a spot in the top four come the end of the season despite the result and they will now look to kick on in that pursuit. They have some tricky fixtures ahead but they might relish those like they relished hosting the Premier League champions in waiting.

Raul Jimenez (£7.6m) has already scored 11 goals and provided six assists this season with that 11th goal coming as he got on the end of an Adama Traore (£5.8m) cross against Liverpool. That was Traore’s seventh assist of the campaign and he will get many more if he can maintain that level of performance. That pair are the most likely to return points over the coming matches and a Gameweek 25 fixture against Man Utd at Old Trafford will hold no fear for Wolves and that duo in particular with their relatively low prices make them even more appealing.