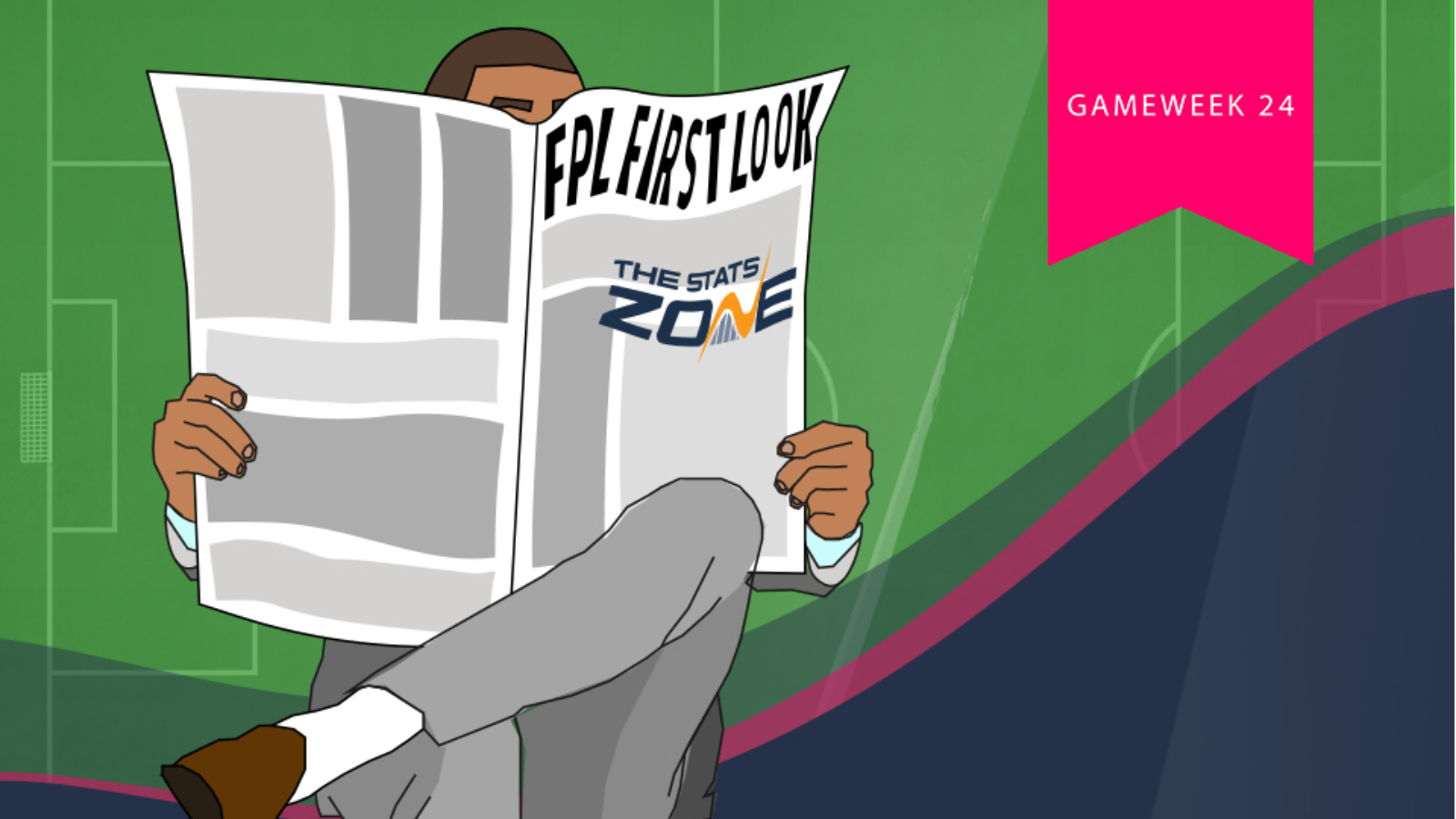 This weekend gave us a stark reminder that once again, unless your name is Kevin De Bruyne (£10.7m) or Ederson (£6.0m), you are not immune from rotation in a Man City side managed by Pep Guardiola, no matter how well you are playing. In Gameweek 23, it was the turn of Riyad Mahrez (£8.5m) and Gabriel Jesus (£9.5m) to take their seats on the bench despite registering three goals and two assists between them in City's 1-6 demotion of Aston Villa the week before. They paid the price against a resolute Crystal Palace side who dug out an unlikely 2-2 draw away from home. Sergio Aguero (£11.9m) made it five goals in his last two games with a brace but Raheem Sterling (£11.7m) failed to find the net after being recalled to the starting line-up.

Pep Guardiola killed this match by starting Bernardo Silva and Sterling ahead of Mahrez in this match, Too much confidence kills.

2. VARDY FORM A CAUSE FOR CONCERN

Leicester forward Jamie Vardy (£10.1m) was the second most captained player of Gameweek 23 as FPL managers expected the Foxes striker to return to form having failed not to register an attacking return against a bottom half Premier League side so far this season. That run looked set to continue when Leicester were awarded a penalty midway through the second half with the score at 1-1. Alas, Burnley keeper Nick Pope (£4.6m) had other ideas! In an act similar to that of an angry parent switching the music off at a house party, Pope denied Vardy from the spot to see him end the match without a single FPL point and bring the 'Vardy Party' to a crushing halt. Burnley went on to secure a crucial 2-1 victory with Ashley Westwood (£5.4m) bagging the winner for the Clarets. Vardy is now without a goal since Gameweek 18.

Spurs travelled to Watford in what was their second league match in succession without talismanic forward Harry Kane (£10.9m) due to a hamstring injury which may have put him out of action until the end of the season. His absence was telling as Spurs struggled against a revitalised Hornets side. With the likes of Lucas Moura (£7.1m) and Heung-Min Son (£9.9m) tasked with finding the opener, the North London side's lack of a natural finisher was apparent and despite Erik Lamela (£5.7m) coming within a whisker of scrambling home a last-gasp winner, the match ended goalless. That meant a fourth clean sheet in six Premier League games for Ben Foster (4.9m), who has established himself as the highest FPL scoring goalkeeper so far this season.

My FPL takeaways from that game 1. Foster is the best GK option in the game 2. Avoid all Watford attack apart from Doucoure 3. Tanganga is a decent 5th DEF option 4. Don’t even think about any other Spurs assets for the rest of the season

4. NORWICH STILL IN THE SURVIVAL FIGHT

Had 20th-placed Norwich failed to beat 19th-placed Bournemouth coming off the back of three successive league defeats without scoring a goal, it's safe to say that the Canaries could almost give up on their survival hopes and start thinking about next season in the Championship. However, Daniel Farke's side showed serious fighting spirit and a penalty scored by Teemu Pukki (£6.5m) gave them a precious 1-0 win at Carrow Road. The penalty was awarded following a superb reflex save from Steve Cook (£5.0m), which saw the Cherries defender earn a straight red card for deliberate handball. Owners of Todd Cantwell (£5.0m) however were left disappointed as the attacking midfielder was unable to score in his fourth successive home league start.

Prior to the final match of Gameweek 23 between bitter rivals Liverpool and Man Utd, it was revealed in Ole Gunnar Solskjaer's pre-match interview that forward Marcus Rashford (£9.1m) would be out of action for "weeks" with a back injury. It turns out that his absence could be far longer after chief sports writer of The Times newspaper Henry Winter broke the news midway through the game that Rashford has suffered a double stress fracture of his back and could be out for two to three months. Needless to say that this is a seismic blow for Man Utd, who have been reliant on both Rashford and Anthony Martial (£7.9m) for goals over the course of the season. It remains to be seen whether this will give 18-year-old forward Mason Greenwood (£4.3m) an opportunity to claim a regular spot in the Red Devils' starting line-up.

Rashford was carrying a single stress fracture in his back, now has a double stress fracture after Wolves game. Expected to be out for 2-3 months. Also has piece of floating bone in his ankle requiring non-intrusive surgery to remove. Been playing thru immense pain to help #mufc