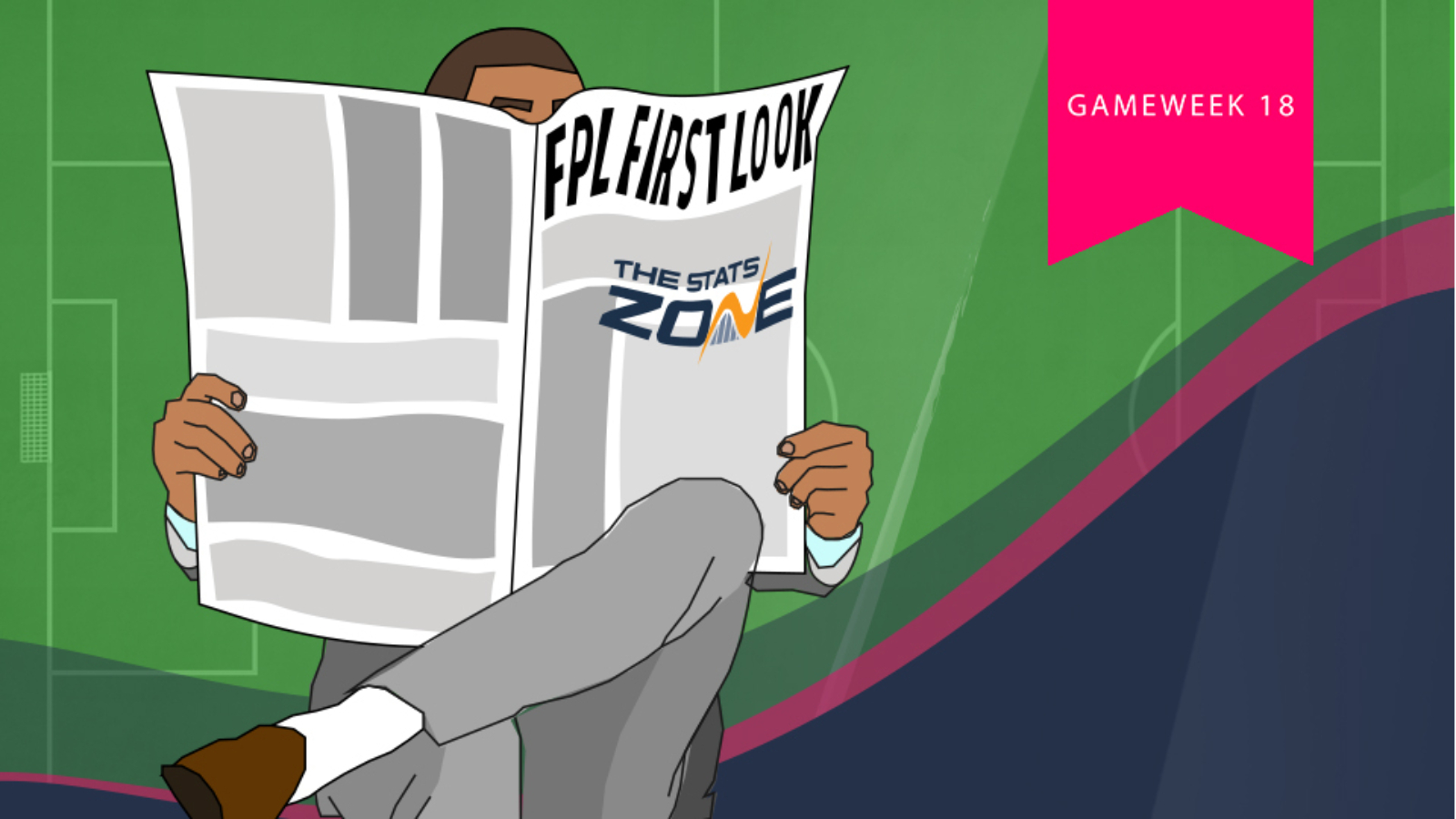 1. SALAH BACK TO HIS BEST

After somewhat of an FPL drought for the mercurial Mo Salah (£12.2m) it appears the Egyptian is back to his destructive best. Ankle injury firmly shaken off for good, a brace for the Liverpool midfielder against Watford takes his tally to three goals and one assist in his last two Premier League appearances for the Reds. He's also accumulated 29 FPL points over the course of those two games. This of course doesn't include his goal against Salzburg in the Champions League midweek.

Two stunning goals with his right foot - against Salzburg and this. Salah is turning it on after his injury concerns in the last few weeks. Salah on top form in December. I love it! #LFC https://t.co/8JURbSPWxC

Despite supposedly being "off form" this season, Salah is still the second-highest scoring midfielder in FPL, having accrued 104 FPL points over the course of the season. Only two other players have more than that tally at present. Salah's Liverpool teammate Sadio Mane (£12.3m) and Leicester forward Jamie Vardy (£10.1m). Liverpool have a blank Gameweek 18 due to their participation in the FIFA Club World Cup, but when they return are set to face Leicester (a), Wolves (H) and Sheffield Utd (H) over the Christmas schedule. Salah has proven himself as fixture proof in the past and managers may look at picking him back up over the festive period.

Norwich City remain inside the dreaded bottom three despite an admirable 1-1 draw away at Leicester. However they can call upon a player who continues to prove himself as a striker capable of scoring goals at this level. Finnish forward Teemu Pukki (£6.6m) scored the opening goal at the King Power Stadium. Since going eight Premier League matches without a goal, Pukki has bounced back in style, scoring in three of his last four games, including most recently against the Foxes.

In a season that has seen a number of mid priced forwards stake their claims for places in FPL sides, Pukki is proving to be one of the better values for money across the front line. He's currently the fifth highest scoring forward of the season so far with 93 FPL points. Gameweek 18 sees Norwich and Pukki welcome Wolves to Carrow Road before games against Aston Villa (a), Spurs (H) and Crystal Palace (H) over Christmas. If you're looking for Norwich assets, Pukki appears by far the most viable candidate, although the onus will fall upon Emi Buendia (£6.0m) and Todd Cantwell (£4.7m) to feed the Finn with chances.

Emiliano Buendia has assisted Teemu Pukki 4 times in the Premier League this season, the most frequent assister-scorer combination in the league. A surprise Norwich lead. 🇦🇷🇫🇮 https://t.co/mlxOKCfSf5

Having scored in five successive league games going into Gameweek 17, Danny Ings (£6.4m) had the bit between his teeth against West Ham. Unfortunately for Ings it turned out to be one of those days. He hit the post, hit the bar and had a goal (wrongly) disallowed in a disappointing 0-1 loss for the Saints.

Pretty frustrating watch for Ings owners. Arguably could have scored a hat-trick today but comes away with his first blank since GW11. #FPL #FantasyPL #GW17

Ings was by far the standout for the home side, looking a threat every time he got hold of the ball and twice the player of his fellow teammates. It's clear going forward that Southampton's hopes of staying up depend on him both scoring and creating goals for them all the way until May. The Saints have no choice but to attack considering they haven't kept a clean sheet since Gameweek 5 and have scored seven goals in their last five league games. A win in Gameweek 18 away at Aston Villa will see Southampton leapfrog the West Midlands side and spend Christmas outside of the bottom three.

Danny Ings 19/20 is new Charlie Austin 14/15. Scoring probably about 15 goals this season and team might still get relegated. #FPL

4. BURNLEY CONTINUE TO BEAT THE BOTTOM HALF

Burnley continued to prove their reliability when facing lower-placed sides at Turf Moor. Their 1-0 victory against Newcastle was their fifth home win to nil against a bottom-half side this season. The rest of their home league games have all been losses against sides in the top half of the table. Their only away win of the season also came against a side in the bottom half of the table, a 0-3 victory away to Watford.

It came to the surprise of few Burnley fans that their winner against Newcastle came from a Chris Wood (£6.2m) header. The Kiwi has now scored seven goals in his ten league appearances for the Clarets. Wood costs only £6.2m and with Burnley's next two fixtures against bottom-half Premier League sides in Bournemouth (a) and Everton (a), the striker is worth considering for FPL managers as a Christmas differential alongside defender James Tarkowski (£5.1m), who registered both a goal and an assist in that win away at Watford.

Everton's renaissance under caretaker boss Duncan Ferguson continued over the weekend after Everton held a Man Utd side who had scored 12 goals in their last five Premier League games to a 1-1 draw at Old Trafford. For a while it looked like the Toffees would claim an unlikely victory after a Victor Lindelof (£5.3m) own goal saw them lead until the 77th minute when substitute Mason Greenwood (£4.3m) dragged United level.

As the fixtures start to improve I think Everton deserve some attention from an FPL perspective. Richarlison in particular looks a great option especially if your’re looking to replace a Chelsea player! 🇧🇷 He’s playing off the striker in a 4-4-2 so is high up 👍 #FPL

For as long as he remains in charge, Ferguson seems likely to play Richarlison (£7.8m) and Dominic Calvert-Lewin (£5.7m) in a front two which makes both players an attractive proposition for Gameweek 18, when Everton host an Arsenal side fresh off the back of shipping three goals against a rampant Man City side at the Emirates Stadium. From a defensive perspective, goalkeeper Jordan Pickford (£5.4m) has made 10 saves in the two league games under Ferguson, picking up 8 FPL Points from those fixtures despite not keeping a clean sheet in either match. If England's number one can add clean sheets to those saves going forward, then he could be set for a burst of FPL Points over the next couple of gameweeks.