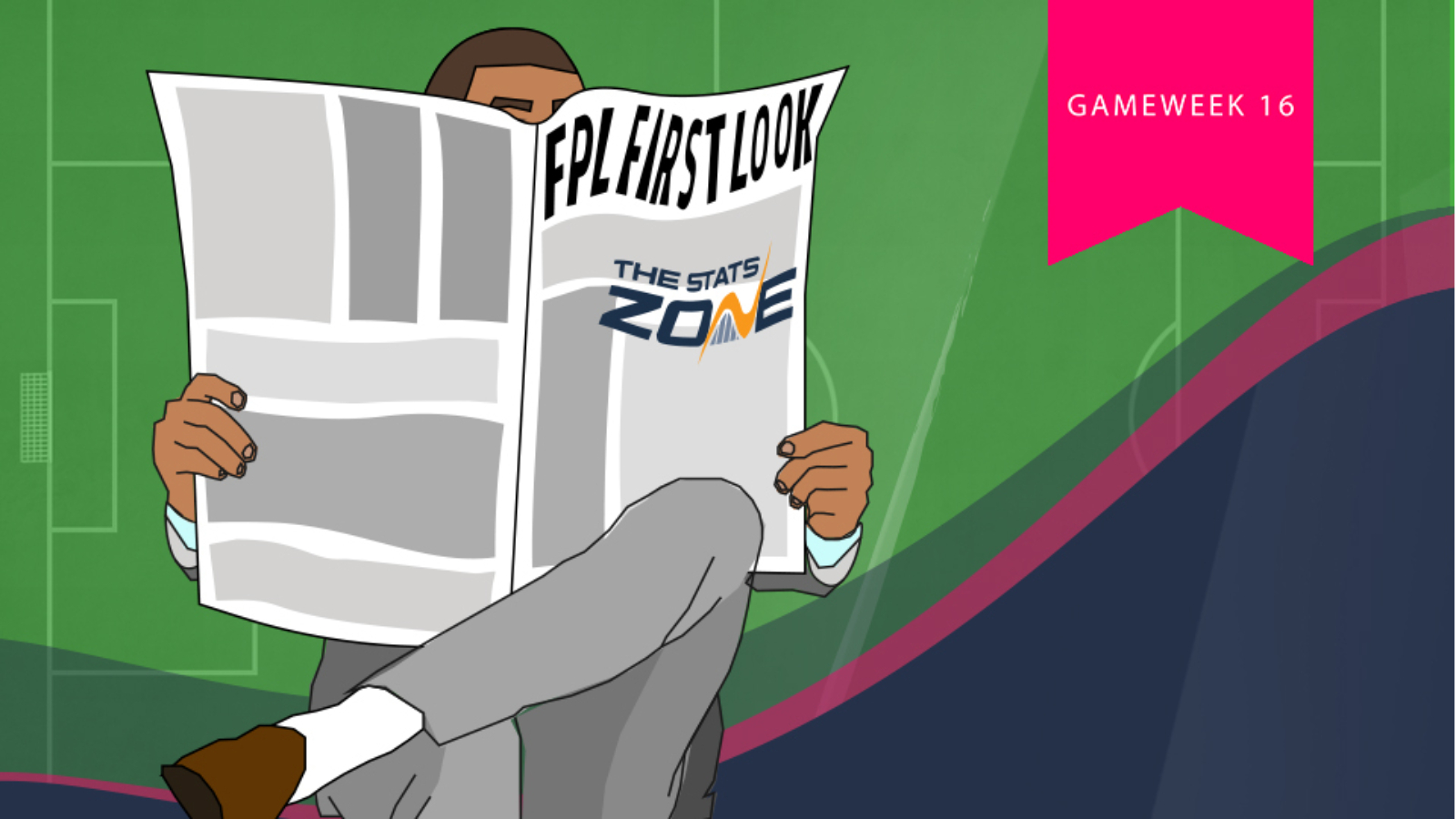 1. TAMMY'S BACK IN BUSINESS

Chelsea bounced back from their defeat against West Ham at the weekend with a 2-1 win over Aston Villa at Stamford Bridge. The big story from that game was the return of Tammy Abraham (£7.9m) following a hip injury that kept him out of the West Ham game. The striker rewarded all those managers who stuck with him despite the uncertainty over his injury, scoring the opening goal and providing an assist for teammate Mason Mount (£6.6m). Chelsea manager Frank Lampard then brought him off inside the final ten minutes to keep him protected, recognising the importance of the forward to his side.

It's 11 Premier League goals now for Abraham this season and with lowly Everton (a) next up in Gameweek 16 followed by a Bournemouth (H) side who have lost their last four games in a row, FPL managers who sold the Englishman have an important decision to make on whether to get him back in their teams immediately.

When Sergio Aguero (£11.8m) was ruled out of action indefinitely though injury, it provided an opportunity for Man City forward Gabriel Jesus (£9.6m) to make the lone striker position his own going forward over the next few gameweeks. City's midweek trip to Burnley saw Jesus quash any doubts that he couldn't be as destructive as Aguero when given the chance to start. Two goals for the Brazilian in a 1-4 City victory saw him take his tally up to five league goals in only six starts over the course of the season.

🗣️ | Gabriel Jesus on Sergio Aguero: "I know my quality and I can score goals every game but sometimes it is not like that. I have to learn from Sergio as he's a legend of the club. “Sergio scores every time and that is my ambition.” https://t.co/qCwyzOLzb8

With Man Utd (H) next up for Jesus, he will once again be backed to deliver the goals for his side in what is set to be a cracking Manchester derby. Man City have scored 21 goals in their seven league games at the Etihad Stadium this season and with Jesus currently owned by only 3.4% of FPL managers, he provides a potentially explosive differential route into a strong Man City attacking side.

3. SOUTHAMPTON ASSETS ARE WORTH OWNING

Southampton's humiliating 0-9 defeat at home to Leicester seems a long time ago following their second successive 2-1 home win in the space of four days. After coming from behind to beat Watford over the weekend, the Saints defeated Norwich in midweek to make it three games unbeaten and move out of the bottom three at the expense of Everton.

Striker Danny Ings (£6.2m) has played a pivotal part in Southampton's recent upturn in form. Injury free and firmly established as the Saints' first choice striker, Ings has now scored in four consecutive Premier League games. He has accrued 31 FPL points in those four matches and has formulated a profitable understanding with creative midfielder James Ward-Prowse (£5.8m). Ward-Prowse set up Ings for the opening goal against Norwich and, when added to his goals against Arsenal and Watford, the free-kick specialist now has 19 FPL points in his last three gameweeks. With Newcastle (a) next up for the Saints, both Ings and Ward-Prowse will be crucial as to whether they get anything from the match.

Big few days for Southampton, 6 points out if Watford and Norwich. Needed to win both especially at home, 8 goals in 15 for Danny Ings now, James Ward-Prowse was magnificent his final ball as usual excellent. Norwich put in a good battle but will rely more on their home form.

It was always going to be tough task for bottom-of-the-table Watford to get anything at title-chasing Leicester at the King Power Stadium. However, the lack of attacking intent was alarming from the managerless Hornets. One shot on target in the 94th minute was all they could manage as Leicester proceeded to go straight up the other end and make it 2-0 with the last kick of the game, midfielder James Maddison (£7.6m) waltzing past Watford defender Adrian Mariappa (£4.2m) and slotting home to seal a seventh straight win for the Foxes after a Jamie Vardy (£10.0m) penalty put them 1-0 up earlier in the piece. That was Vardy's ninth goal in seven league games.

You're in a relegation battle and you don't have a single shot on goal. Utterly pathetic Watford. Embarrassing

Watford have now lost their last three games and remain on only one Premier League win so far this season as they prop up the table in 20th place, a daunting eight points away from safety. FPL managers may look to target the Hornets going forward by loading up on players set to face them in the near future. Crystal Palace are the visitors to Vicarage Road in Gameweek 16 and the Eagles come into the game in great form, having won their last two games without conceding a goal. Owners of midfielders Wilfried Zaha (£6.7m), Luka Milivojevic (£6.7m) and defender Martin Kelly (£4.1m) will be hoping to cash in with both attacking and defensive returns. Watford, on the other hand, desperately need a spark of inspiration and will be hoping that forward Gerard Deulofeu (£6.1m) can reclaim the form that saw him play a crucial role in their only win of the season away at Norwich, where the Spaniard both scored and created a goal.

Whilst Gabriel Jesus made a big splash on the blue side of Manchester in midweek, a player who continues to prove critics wrong as he leads the line for the red side of Manchester is Man Utd forward Marcus Rashford (£8.8m). The 22-year-old is in arguably the form of his life and put in a superb performance on Wednesday night in the Red Devils' 2-1 win over Spurs. Rashford scored both goals for his side, proving a point to his old manager Jose Mourinho. He now has six goals and three assists in his last seven Premier League matches, accumulating 54 FPL points in those seven gameweeks. Despite these eye catching figures, The England international is owned by only 18.8% of FPL managers, perhaps indicating the riches of forward options available to managers this season.

They are too many in form PL strikers to pick from at this stage of the season : -Jamie Vardy - Lys Mousset -Marcus Rashford - Emerick Aubameyang -Tammy Abraham -Raul Jimenez -Lacazette #FPL

Following the Manchester Derby this weekend, Rashford faces Everton (H) and Watford (a), both sides in the bottom three. Owners of the striker have every right to be excited going forward. Meanwhile, question marks continue to linger over the long-term fitness of United midfielder Anthony Martial (£7.6m) after the Frenchman missed the Spurs game in midweek through injury. Martial is owned by 5.9% of FPL managers looking to take advantage of the central striker role afforded to him by manager Ole Gunnar Solskjaer when he's been available for selection.