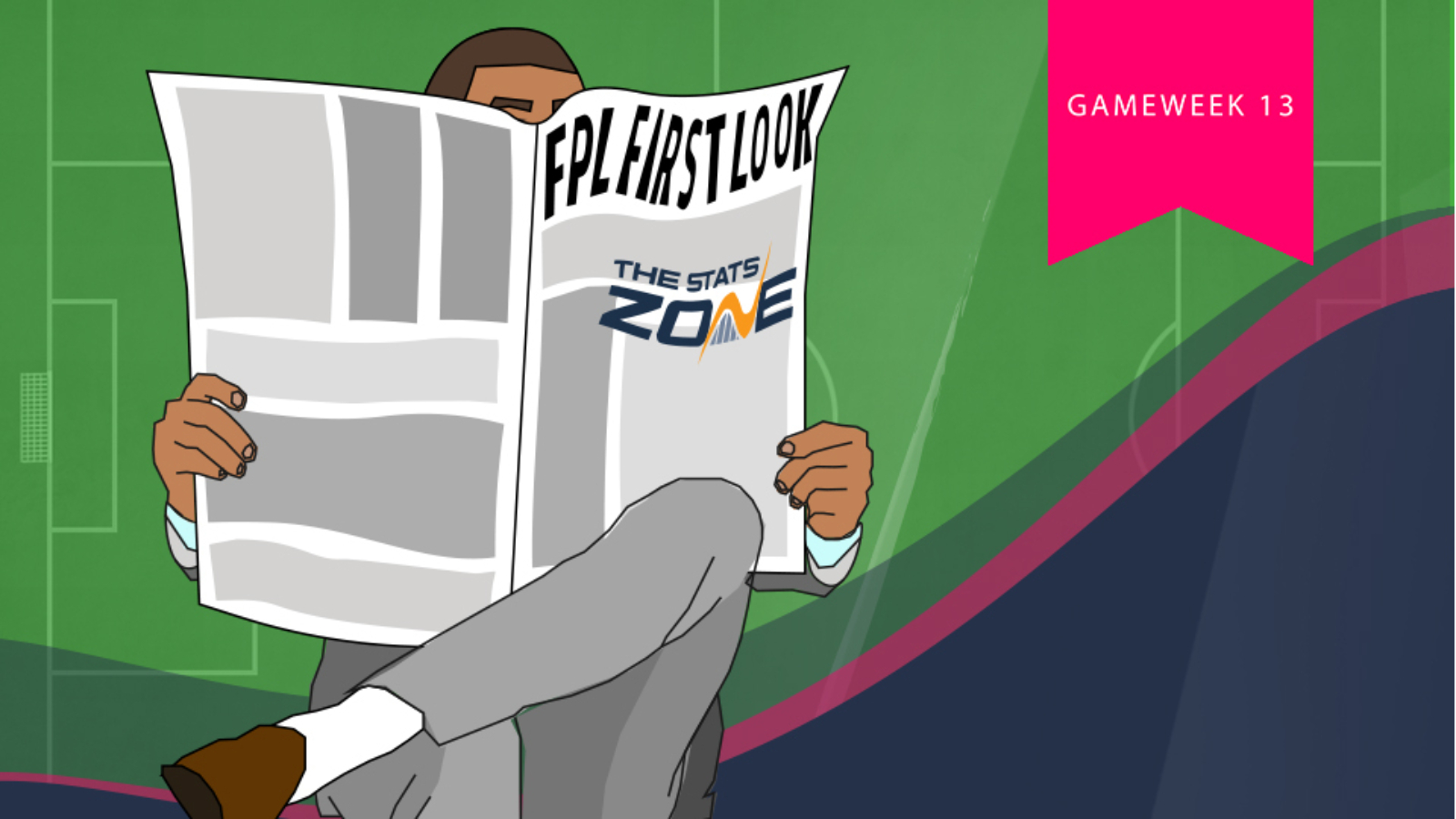 1. TIME FOR A LIVERPOOL TRIPLE-UP?

A 3-1 victory against Man City on Super Sunday allowed Liverpool to open up an eight point lead at the top of the table as they go in search of that elusive first Premier League title. In that victory, most of Liverpool’s main FPL assets delivered with highly-owned players Mo Salah (£12.3m), Sadio Mane (£12.1m) and Andrew Robertson (£7.0m) all registering points on Sunday.

Other considerations:
- # of CSs will surely increase
- # of captaincy options you have
- Who are you selling?

Since the start of last season, Liverpool have now only lost one match in their last 50 league appearances. During that time, they have scored 117 goals, conceded just 32 and have kept 23 clean sheets. They have also only failed to find the net on three occasions. Liverpool’s next five fixtures see them come up against Crystal Palace (a), Brighton (H), Everton (H), Bournemouth (a) and Watford (H). It would seem like now is the time more than ever to triple-up on Liverpool players and in particular three from Mane, Salah, Robertson and Trent Alexander-Arnold (£7.2m).

Looking to be a big #FPL question.

2. MOVE ON FROM MASON MOUNT

The seventh highest scoring midfielder with 58 points after the opening 13 gameweeks, Mason Mount (£6.9m) is still the top scoring midfielder from those who started the season at £6.0m. However, with just one assist and 12 points in the last four gameweeks, there is a growing consensus that it could be the right time to cash in on the Chelsea midfielder.

Mount’s appeal has always lay not only in his price, but also in the fact that he plays for a team that has been scoring freely throughout the season. In recent weeks, Mount’s lack of form has coincided with the upturn in performance of multiple other midfielders who not only cost a similar amount but also play for teams that have proven they are going to score on a weekly basis. Over the last four gameweeks, the likes of...

...have comfortably outperformed Mount. As such, FPL managers are no longer considering the player as ‘essential’.

To say it’s not been the best start to the season for Tottenham would be an understatement. A 1-1 draw with Sheffield Utd has left the side sitting 14th in the table, much closer to the relegation zone than to the top four. With just 18 goals scored, 17 conceded, and no clean sheets since Gameweek 5, their standing in FPL has been nothing short of a disaster. Even the normally reliable Harry Kane (£10.8m) has been underperforming as his six goals and one assist make him just the 8th highest scoring forward – a cavernous 35 points behind current leader Jamie Vardy (£9.6m).

Time to ship away Harry Kane 😲 signed him 3 weeks ago since man's not given more than 3 points. #FPL #TOTSHE

That said, people would still look at Spurs as a side that will eventually turn things around. Given the low ownership percentages of all their players, timing when to bring Spurs’ players into your FPL squad could result in a considerable gain on rivals. Currently owned by 7.4%, it is Heung-Min Son (£9.6m) that should get FPL managers’ attention. After missing the opening two matchdays of the season through suspension, Son has now secured attacking returns in seven of the ten matches he has played. His 51 points since Gameweek 3 nearly matches the 58 points Kevin De Bruyne (£10.2m) has scored and the 57 points from Mo Salah (£12.3m). It is also 12 more than Raheem Sterling (£12.0m) has scored in the same time period.

Can't get this guy out of my head. Sterling to Son 🤔 #FPL pic.twitter.com/w1zalWsjpJ

4. WATFORD PLAYING THEIR WAY BACK INTO FPL CONSIDERATION

After an appalling start to the season, Javi Gracia was sacked and replaced with former manager Quique Sanchez Flores. Since his return, and particularly over the last five gameweeks, Watford have begun to shows signs of life. Matches against Sheffield Utd, Spurs, Bournemouth, Chelsea and Norwich have resulted in just one defeat and six points out of a possible 15.

Watford finally get a win this season!

Thats their first win since 15 games ago and only their 2nd away clean sheet of the year.

Since conceding 8 to Man City, Watford have only conceded 5 in 6 and kept 3 clean sheets. Burnley & Southampton next 👀#FPL

Their form has led to the rise of a couple of potential assets as Watford have kept three clean sheets and conceded just three goals over the course of those five games. Ben Foster (£4.8m) is the obvious route into Watford’s backline as the English 'keeper represents a handy ‘set and forget’ option. No goalkeeper has scored more than Foster’s 34 points over the last five gameweeks. Of the back four, Daryl Janmaat (£4.3m) looks like an excellent option moving forward as he has 34 points in that time.

15 minutes in to Norwich vs Watford, Janmaat's had a decent chance to score from a header from a corner as well as getting a decent cross in (playing right wingback). First on my bench this week, but good signs for future weeks. 🤞 #FPL pic.twitter.com/H1s7WiyhAZ

Up top, it's hard to look past the mercurial talent that is Gerard Deulofeu (£6.1m). With two goals, an assist and 19 points over the last two gameweeks, Deulofeu has been putting in the performances that would be expected of a former Barcelona player. Costing just £6.1m and owned by 2.3% of FPL managers, Deulofeu represents a cheap differential for any managers wanting to take a punt on Watford forwards. The Hornets face Burnley and Southampton over their next two gameweeks.

5. LOOK FOR WHO PLAYS NORWICH

Defeat against Watford on Friday night condemned Norwich to their sixth defeat in seven matches and left them at the foot of the table. It has been an alarming fall since the euphoria of beating Man City back in Gameweek 5. Since that day, the Canaries have failed to find the net in five of their next seven fixtures, scoring just twice and conceding 16 goals at the other end.

After allowing Watford a first win of the season, Norwich face a whole host of other teams over the next three weeks that need a turn around in their form. Everton (a) in GW13, Arsenal (H) in GW14 and Southampton (a) in GW15 – each of these clubs have solid FPL assets that just need the right fixture to come around. Norwich is that fixture. With a shortage of goals, any defensive assets from these teams are good options.

After joining the VAJ attack force. I have no idea how I can get Aubameyang for GW14 when he plays Norwich 😭😭#FPL #FPLCommunity @FPLHeskibo I think you still have Auba, right? Easy captain choice on this particular GW? pic.twitter.com/ijIx9MdvTr

Further forward, Everton’s Richarlison (£7.9m) is fresh off a goal at the weekend and a match against Norwich represents an excellent fixture for the Brazilian to play himself into some form. At Arsenal, Pierre-Emerick Aubameyang (£11.0m) has seen the goals dry up in recent weeks while for Southampton, Danny Ings (£6.0m) could be an excellent one-week budget option for FPL managers looking to try something different.