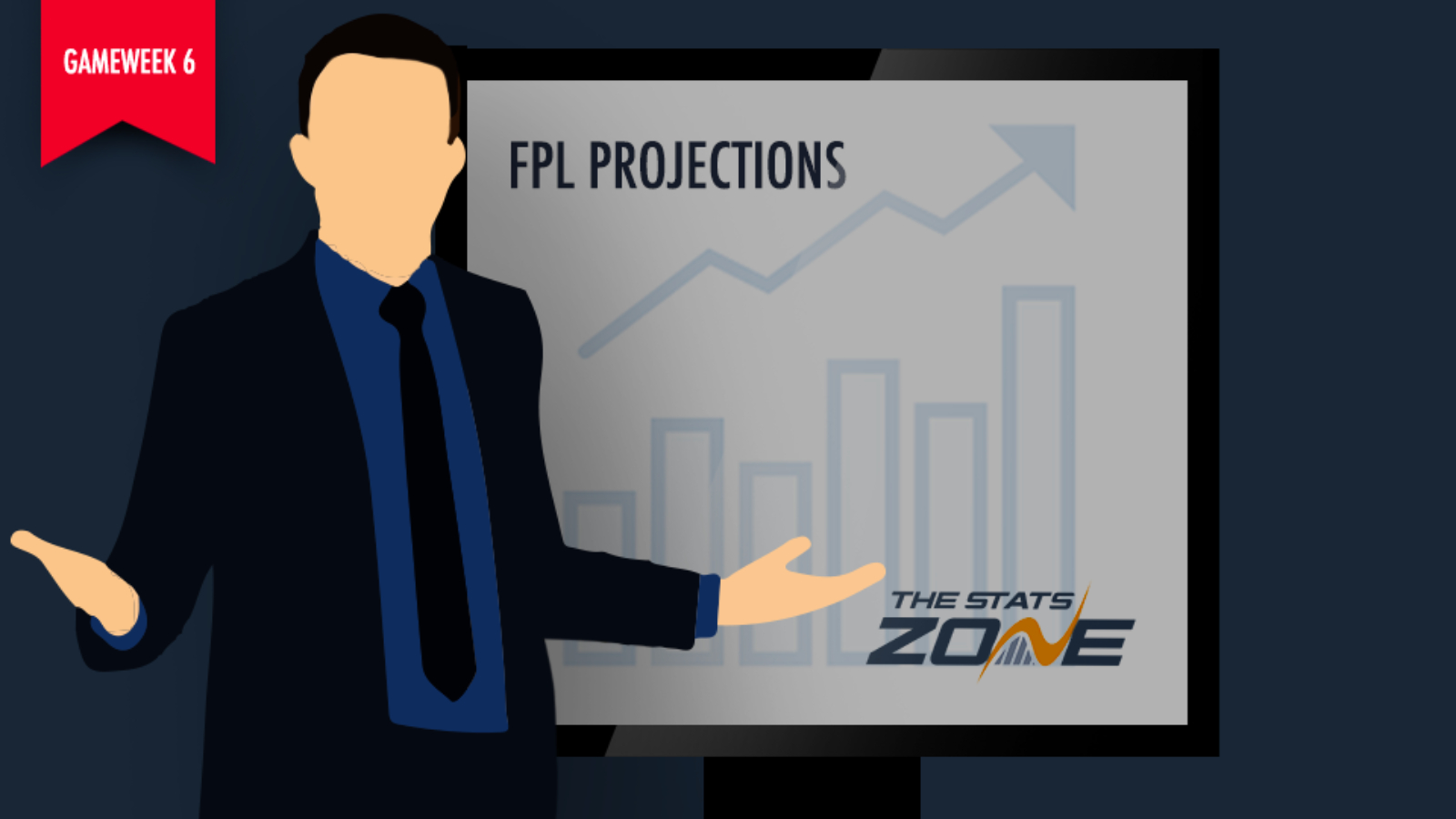 Last week’s algorithm crafted an absolutely perfect strikeforce that saved the day. 38 of the above-average score of 61 came from the trifecta of Temmu Pukki (£7.1m), Tammy Abraham (£7.3m) and captain Sergio Aguero (£12.1m). The latter disappointed owners by only scoring once in what was expected to be a heavy away win, and instead he was completely overshadowed by Pukki and a remarkable Norwich performance. The Finn’s goal and assist brought in 12 points, slightly less than the hat-trick of Abraham.

Pick one and stick with it, perhaps?

Until recently there were doubts whether the young Chelsea man would regularly start but an incredible seven goals from the last three league matches is a rate that even Lionel Messi would struggle to match. Out of extreme cockiness, Abraham also added an own goal to his name. Patrick van Aanholt (£5.6m) chipped in with one, converting past his own keeper in Crystal Palace’s 4-0 collapse at Spurs. Goals for Mason Mount (£6.5m) and Mo Salah (£12.5m) weren’t added to by Kevin De Bruyne (£9.8m), who was surprisingly benched by Pep Guardiola. For Bournemouth, Harry Wilson (£6.0m) was replaced in the 56th minute and didn’t reach the hour mark. 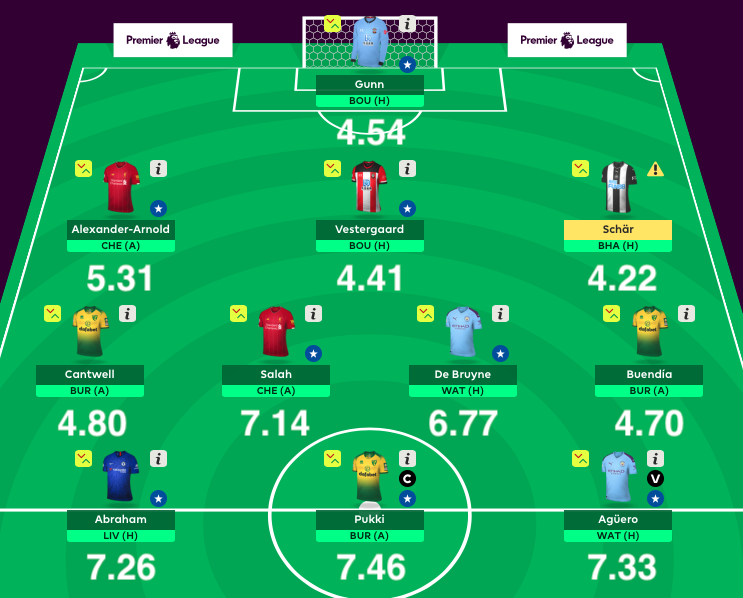 Southampton have slipped under the radar during the five games but Angus Gunn (£4.5m) and Jannik Vestergaard (£5.2m) represent the highest-scoring goalkeeper and defender so far. Ralph Hasenhuttl’s side have kept clean sheets in away wins at Brighton and Sheffield Utd, as Gunn has collected at least one save point on four occasions. Vestergaard added a goal to the shut-outs, twice collecting maximum bonus points. Both have extremely low ownership but a home match with Bournemouth should get them some attention, despite their late-April meeting finishing 3-3. Callum Wilson (£7.8m) scored a brace that day, just like last weekend against Everton.

Another goal-scoring centre back is Fabian Schar (£5.0m), who netted in Gameweek 4 and followed this by finishing a lovely team move for Switzerland. His four goals of 2018-19 were only beaten in defence by Shane Duffy (£5.0m) but, considering his 2000 minutes were the equivalent of just 22 full matches, he was arguably the most impressive attacking defender. Basically, Schar loves getting forward – he just can’t help it. A home match against Brighton also gives Newcastle a solid chance of delivering a clean sheet, as the final remnants of the Rafa Benitez era seemingly haven’t yet disappeared.

This is one of the best goals you'll see this season. Free flowing football at its best. 💯pic.twitter.com/SCd6jaW4qV

Alexander-Arnold has made more attempted assists than Salah and Sterling combined https://t.co/YaOX5GOkBt pic.twitter.com/lhXRZ7U1om

It was Andrew Robertson’s (£6.9m) turn to assist last Saturday but Trent Alexander-Arnold (£7.1m) continues to boast highly impressive chance creation stats. He combines well with Salah down the right-hand side and the algorithm will hope for similar success as Liverpool travel to Chelsea, Salah’s former club. As impressive as Frank Lampard’s side are at scoring goals – with all 11 coming from under-21 English players – they are also leaky at the back. Only Norwich have conceded more.

The shock benching of De Bruyne was explained by Guardiola as simply a resting between the international break and a busy upcoming schedule for the champions. Of course, Man City subsequently lost to Norwich and fell five points behind Liverpool, so the Belgian’s owners might not be seeing that happen for a long time. They’ll be hoping for a resumption of the wizardry that has conjured five league assists, as City host bottom-placed Watford.

yEaR oF fIvE aT tHe BaCk pic.twitter.com/fABamjetKN

Now managed by Quique Sanchez Flores, the Hornets haven’t kept a clean sheet in 17 games. This’ll certainly encourage owners of De Bruyne, Raheem Sterling (£12.3m) and Aguero – the latter of whom was rested for Wednesday night’s Champions League clash against Shakhtar. His seven league goals have him as joint top-scorer with Abraham, although this still isn’t enough to give the Argentine this week’s armband.

That honour goes to Pukki - part of a Norwich triple-up for their trip to Burnley. Our front three of Aguero, Pukki and Abraham is actually the same as last week’s and it’ll be hard to match the five goals it brought in, as this season’s start definitely belongs to the strikers of the Premier League. Pukki links well with Todd Cantwell (£4.9m), who is the outstanding bargain midfield option. It has partially overshadowed the performances of Emiliano Buendia (£6.0m), whose four assists are only bettered by De Bruyne. That’s why the optimum squad has decided to give some recognition for his efforts. Visiting Sean Dyche’s side won’t scare this trio. 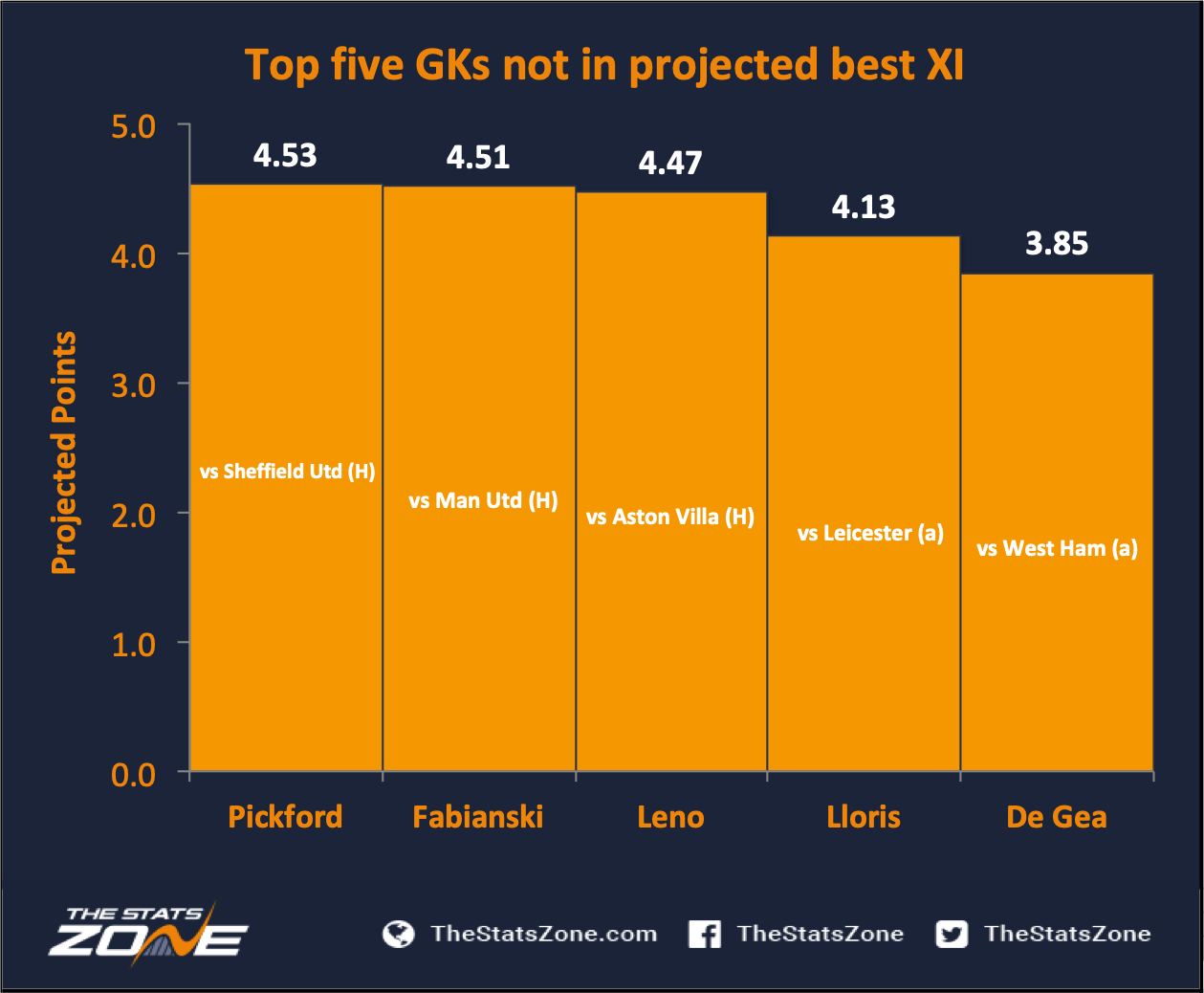 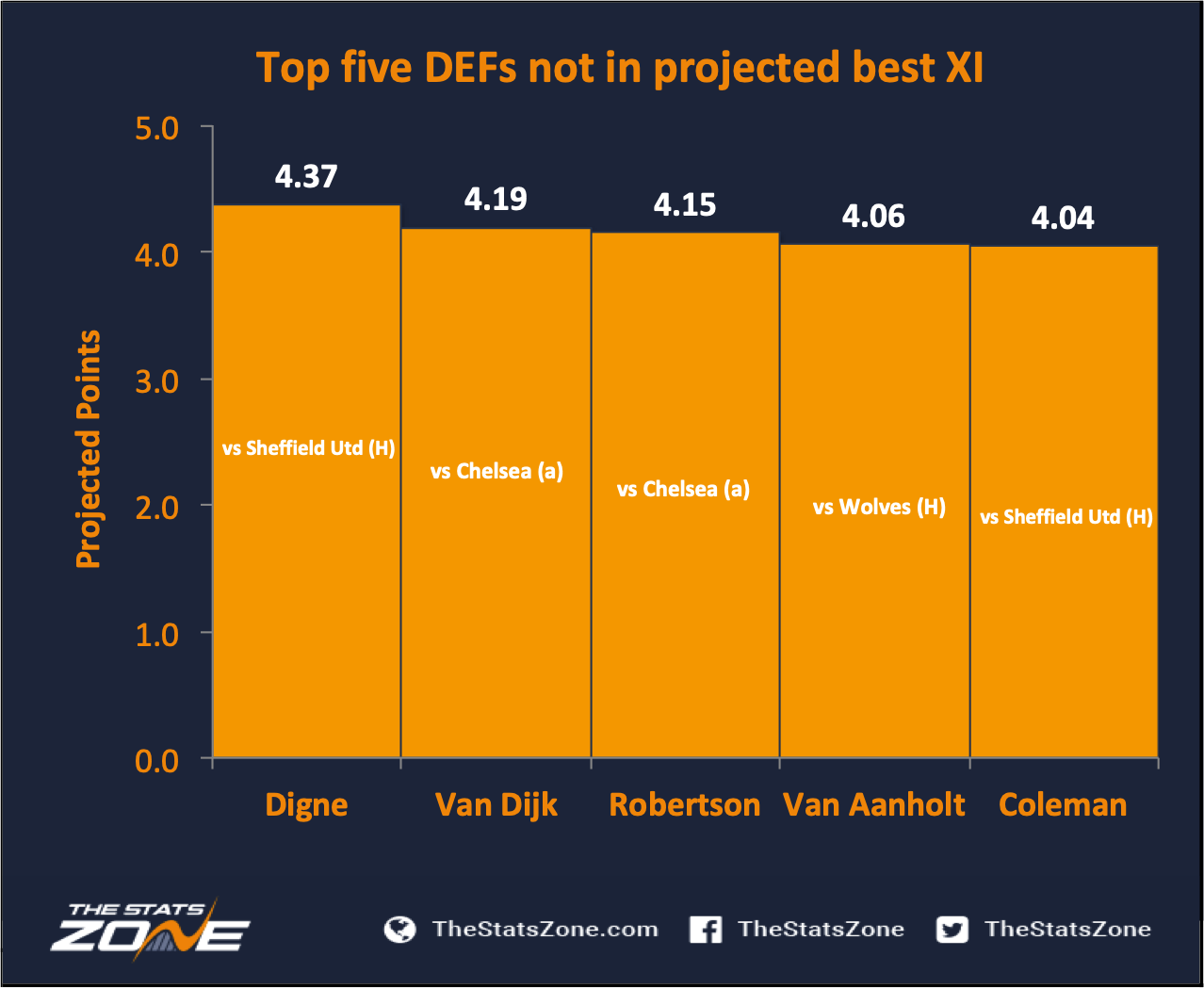 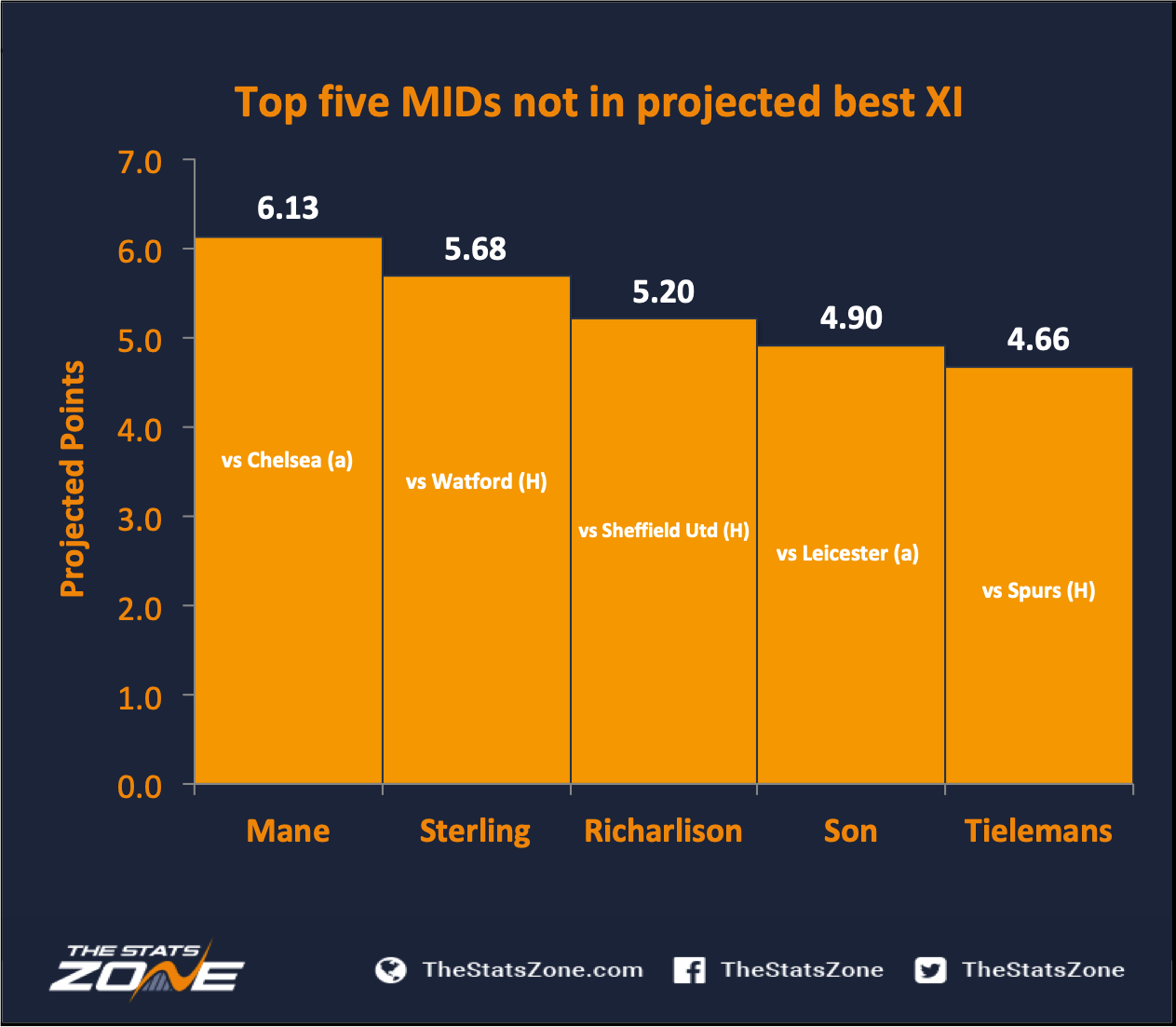 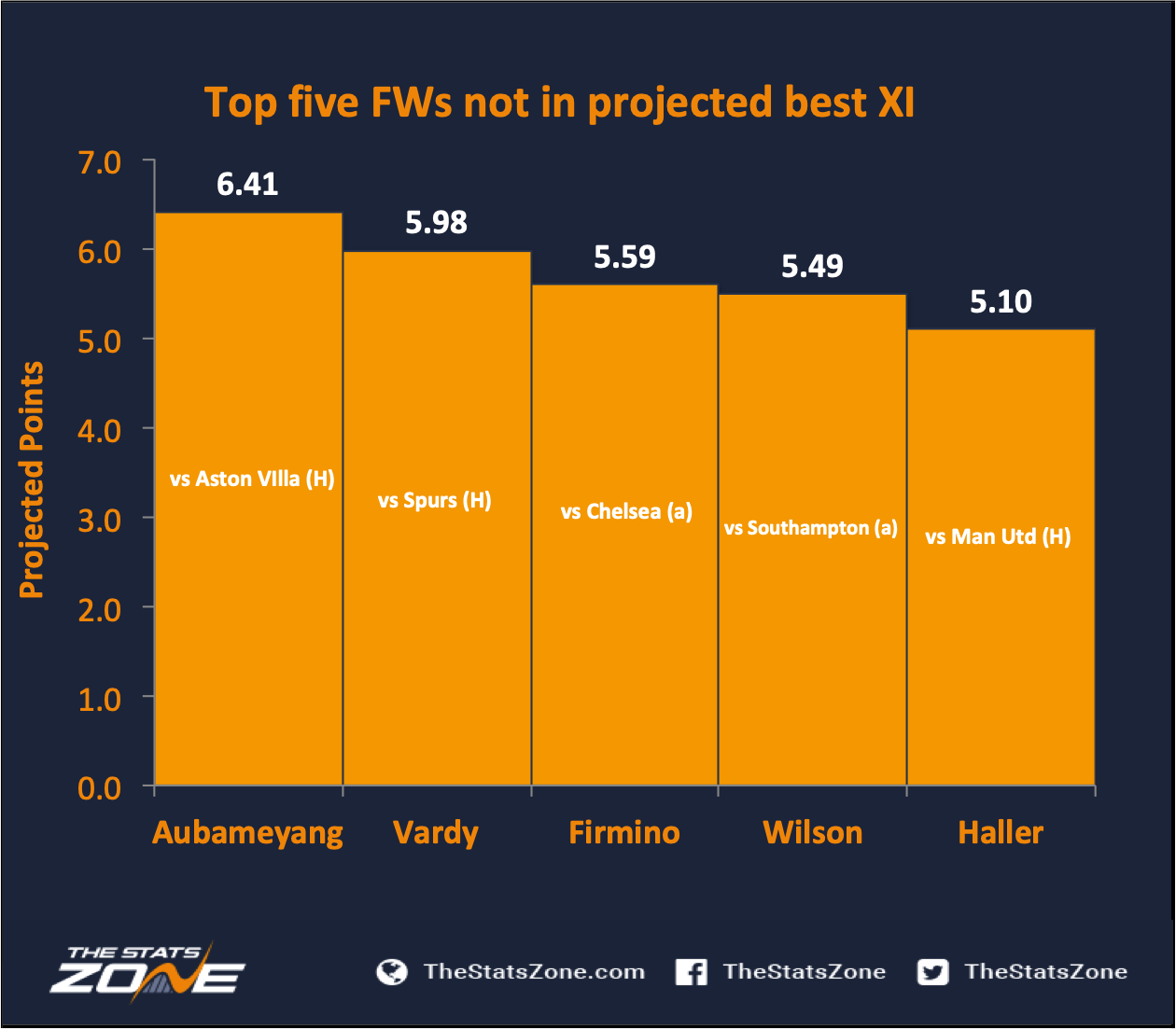