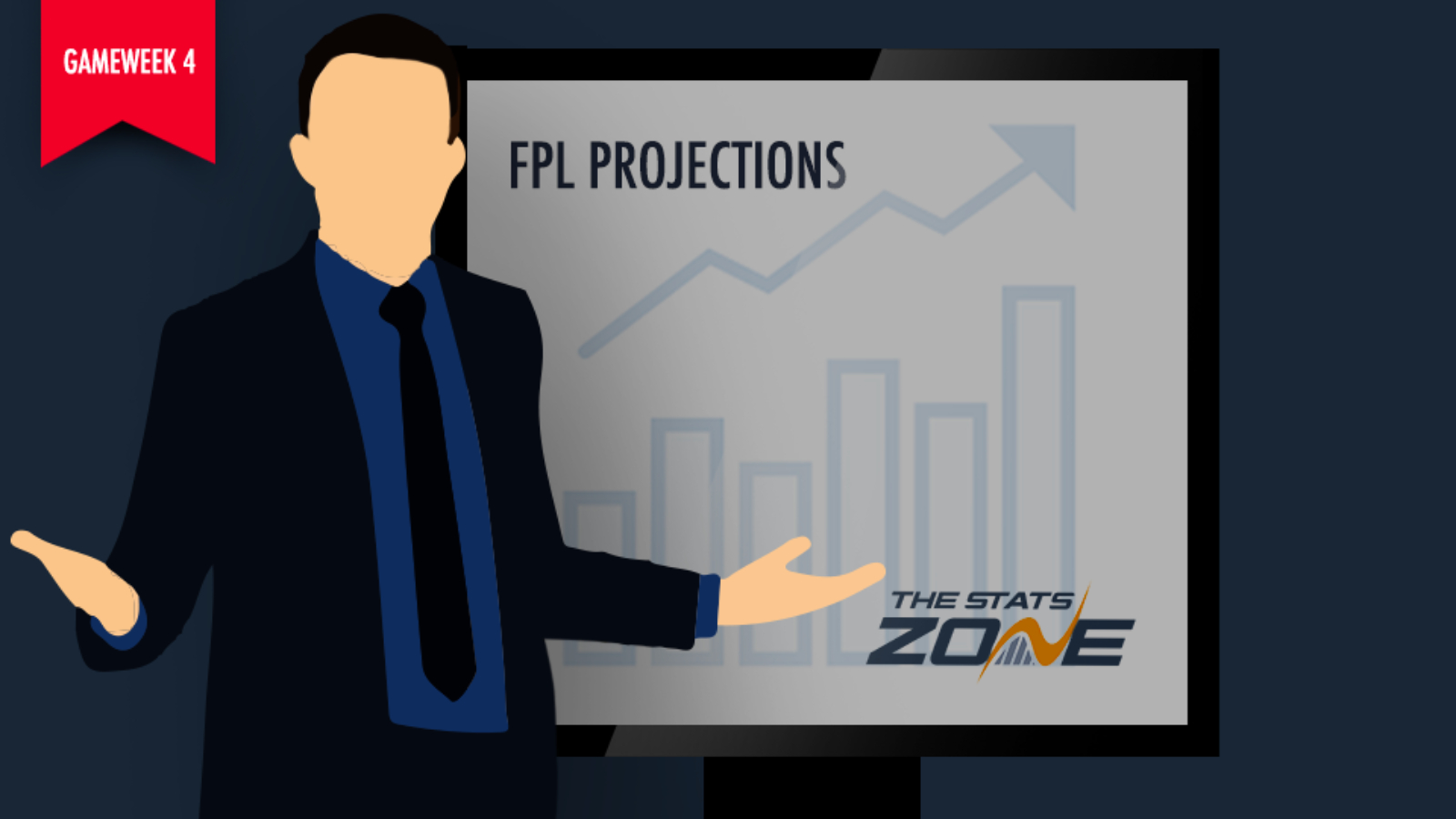 The algorithm 11 was rescued by two players last weekend in its struggle to 45 points. Captain Raheem Sterling (£12.2m) and FPL sensation Teemu Pukki (£7.0m) brought in 16 and 11 points respectively, as Tanguy Ndombele’s (£6.1m) thigh injury kept him out of action. Furthermore, Riyad Mahrez (£8.5m) only made a late cameo, yet his one point still bettered the zeroes of Seamus Coleman (£5.5m) and John Lundstram (£4.2m). The only other attacking returns came from Trent Alexander-Arnold (£7.0m) and Pierre-Emerick Aubameyang (£11.0m) at Anfield, so surely this week’s line-up will perform better as we head into the international break.

Me when Pope lost his clean sheet in the last minute. #FPL pic.twitter.com/bUrk5ty79z 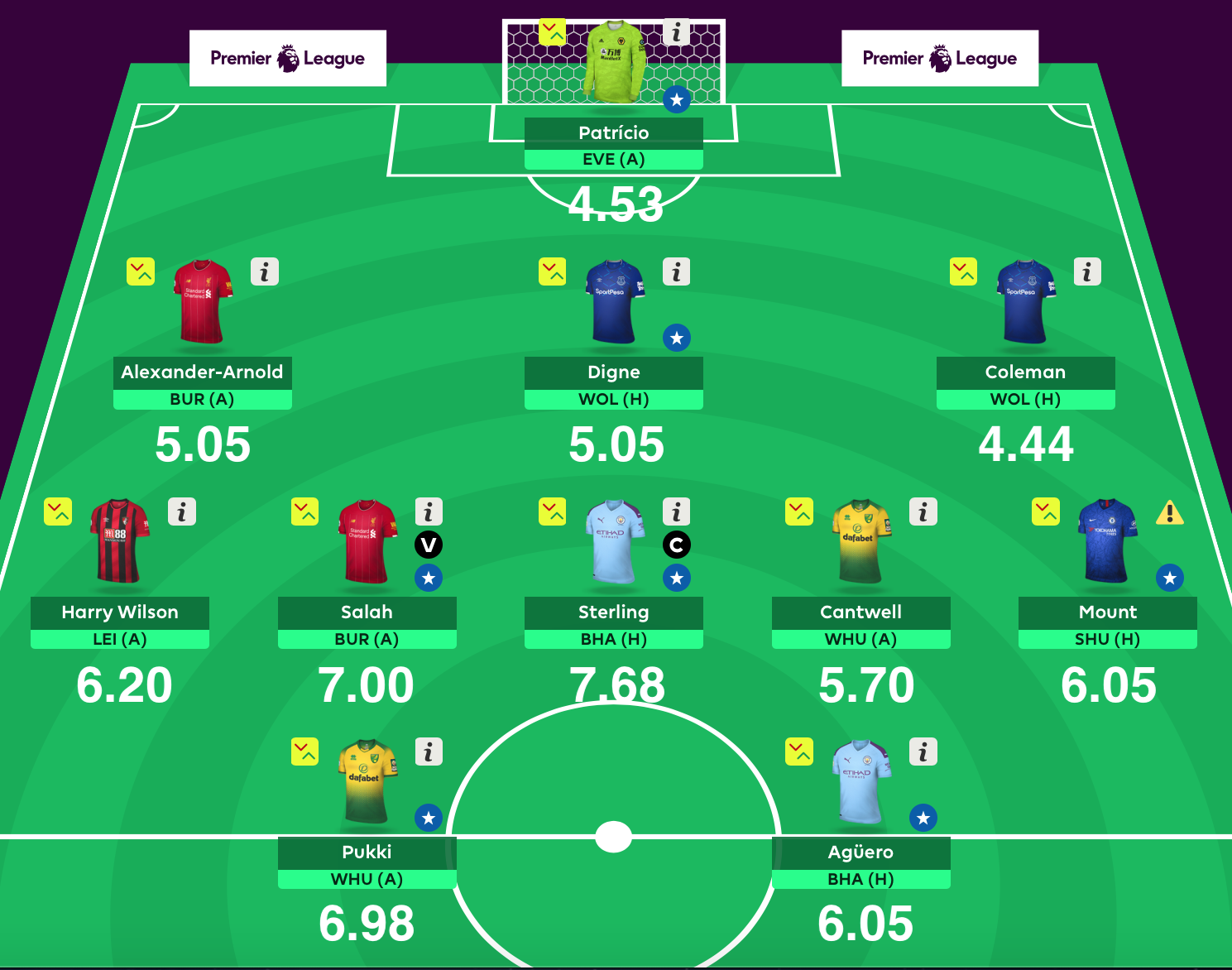 Predicted to score 72 points, three of the back five take part in Everton’s meeting with Wolves. Rui Patricio (£5.0m) saved Paul Pogba’s (£8.6m) penalty in Gameweek 2 and faces the same Gylfi Sigurdsson (£7.8m) who missed three last season. Wolves are against Torino on Thursday night and their only league goals have been from long range and their own spot-kick. That’s why Coleman and Lucas Digne (£6.0m) are backed to deliver here, with Everton having kept six consecutive home clean sheets. The flying Frenchman had four attempted assists at Villa Park and scored a brilliant free kick during Wednesday’s Carabao Cup clash with Lincoln.

Alexander-Arnold makes the cut for the fourth successive week. Liverpool still haven’t kept a clean sheet because of a tendency to concede late consolations, although the 20-year-old was a constant thorn in Arsenal’s side. Not only did his corner set up Joel Matip’s (£5.4m) opener, he created six chances just in the first half alone. His running total of 11 is second only to Kevin De Bruyne (£9.7m) this season. Up next is a tricky trip to Burnley, where it’ll be harder to race into a big lead and therefore lose concentration late on.

...Watches on as Salah scores a penalty. pic.twitter.com/CMHCyk9gnL

Pick one, stick with it.

This is why the algorithm has opted against a Mo Salah (£12.5m) captaincy, although he still makes the line-up. He and Sadio Mane (£11.5m) seemingly alternate their weekly hauls and it was the Egyptian’s turn against Arsenal, scoring from a penalty and a fantastic solo run. He has one goal from two starts against the Clarets. Also in midfield is Harry Wilson (£6.0m), who is outscoring his more popular namesake Callum (£7.9m) at Bournemouth. After a goal against Aston Villa, the loanee came off the bench to net a superb free kick against Man City. Facing Leicester on Saturday gives him the chance to make it three in a row.

If fit, Mason Mount (£6.2m) has emerged as the stand-out Chelsea option ahead of a promising set of games. Whilst Ruben Loftus-Cheek (£6.4m) recovers from injury and Ross Barkley (£5.8m) underperforms, Mount has played all 270 minutes so far and notched two goals. It won’t be easy against a well-organised, tactically-innovative Sheffield Utd but Mount’s set pieces offer hope that goals will come. His one bonus point at Norwich just pipped the efforts of Todd Cantwell (£4.7m) – a promising cheap midfielder who has emerged from nowhere to score, assist two and quickly amass 13% ownership.

Players with returns (4 or more pts) in all 3 GWs so far:

His equaliser was assisted by Pukki, the game’s top scorer. The Finn then added one of his own – his fifth of the season already – before taking home two bonuses. He is now the fourth most-owned player and is about to face a West Ham defence who have conceded 41 shots in the box during their three games.

After that, they host Man City. The champions first meet Brighton – an encouraging fixture that has seen the optimum squad select both Sterling and Sergio Aguero (£12.0m). Alongside De Bruyne, all three have provided an attacking return in every match so far and would like to repeat the four goals from their final day meeting that secured the league title. Sterling has again been given the captain’s armband, leading the way with five goals. The long-term and short-term injuries to Leroy Sane (£9.4m) and Gabriel Jesus (£9.5m) respectively should see them avoid rotation this weekend.

I can't shake the feeling that I want KDB in my team, but I have no way of getting him without tearing up my team pic.twitter.com/qWHKL0XAD2

City attacking triple up anyone? 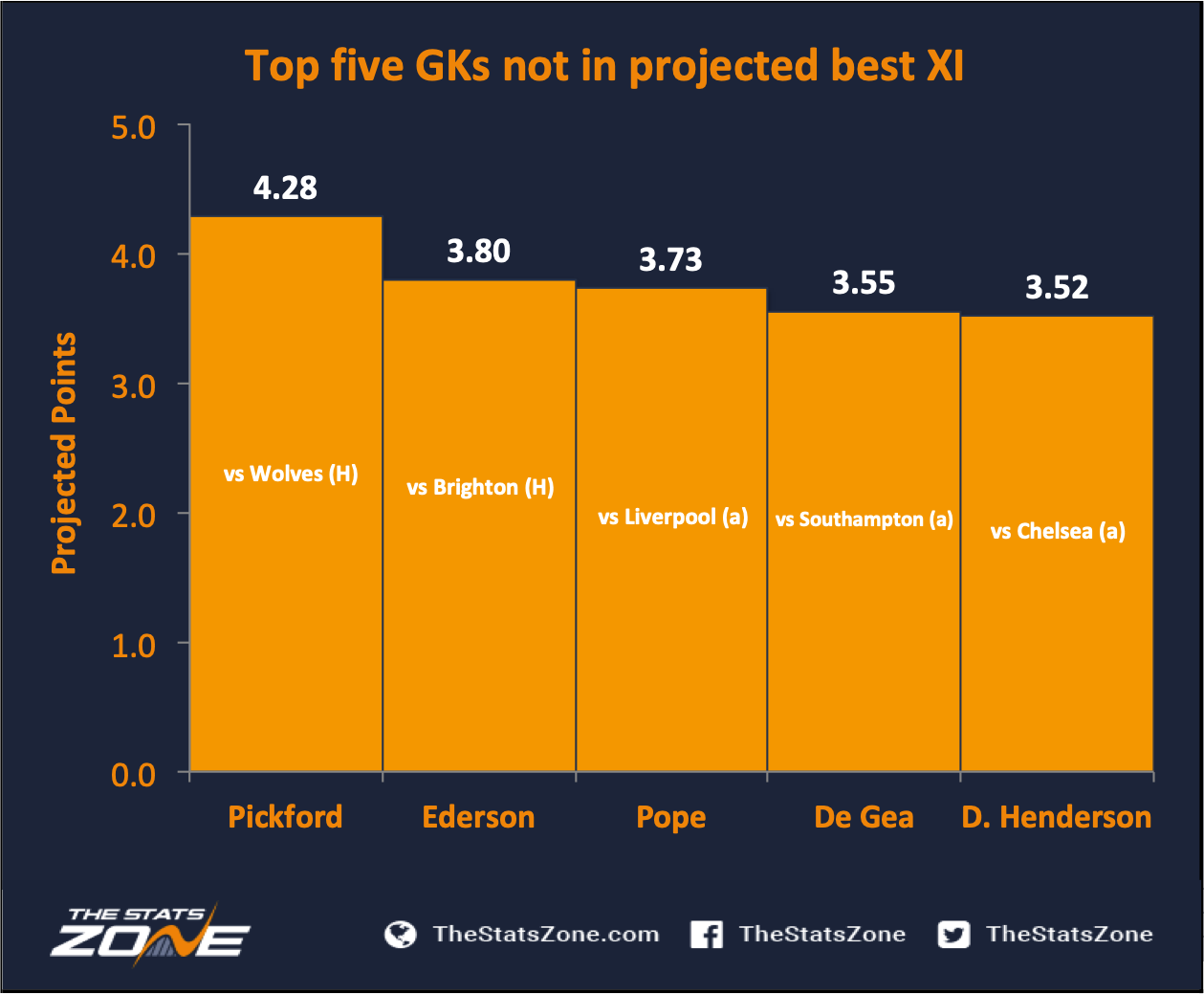 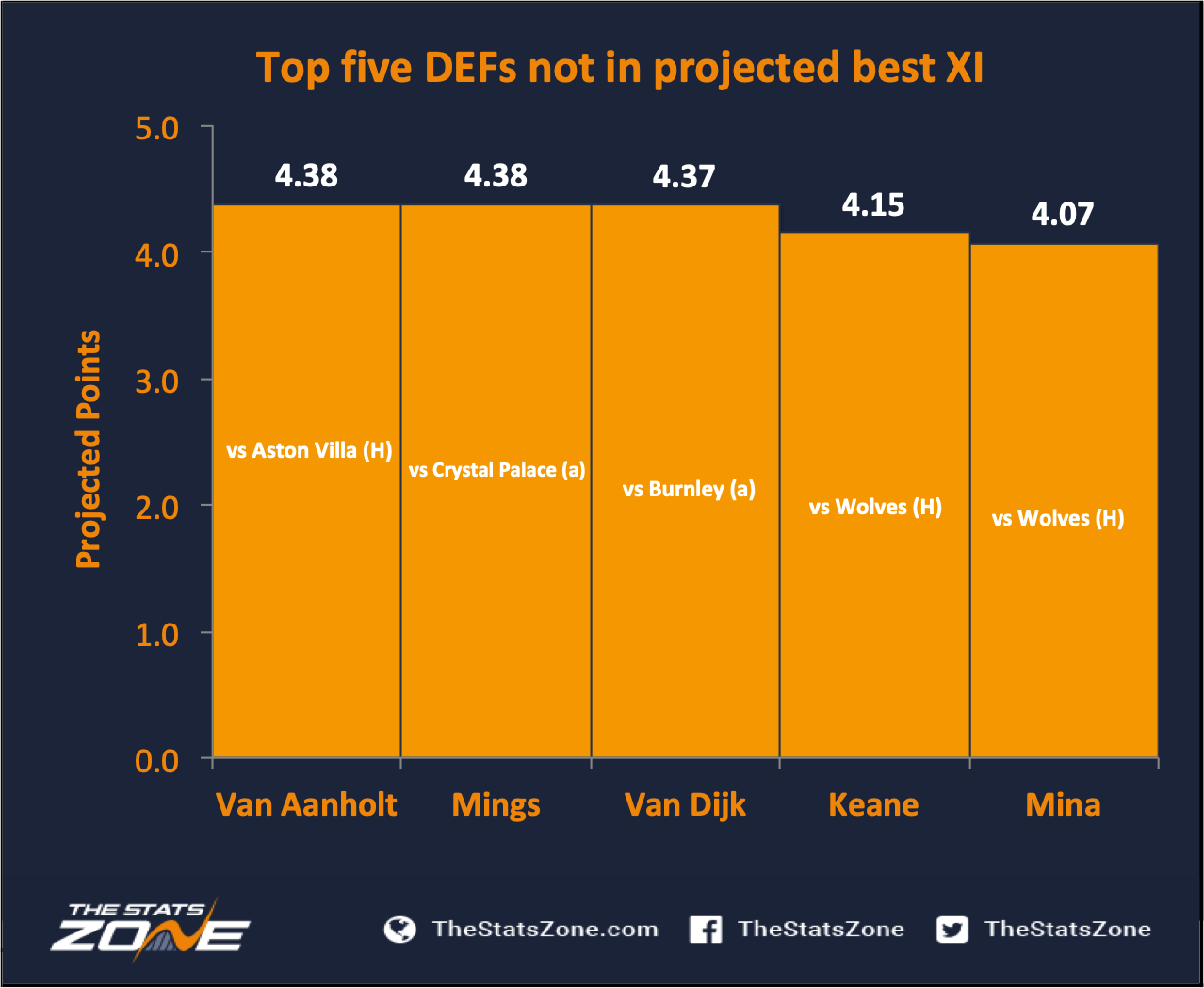 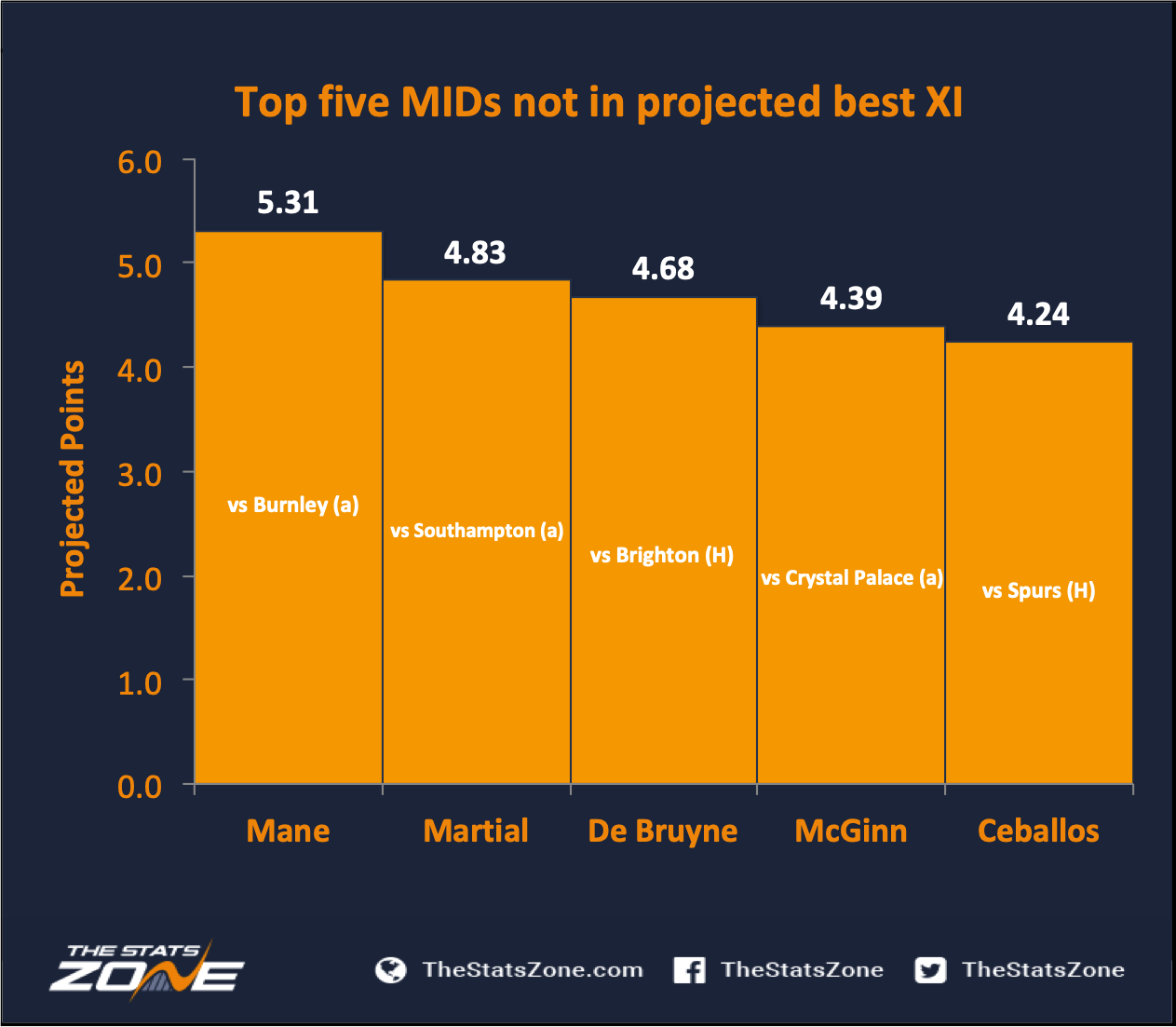 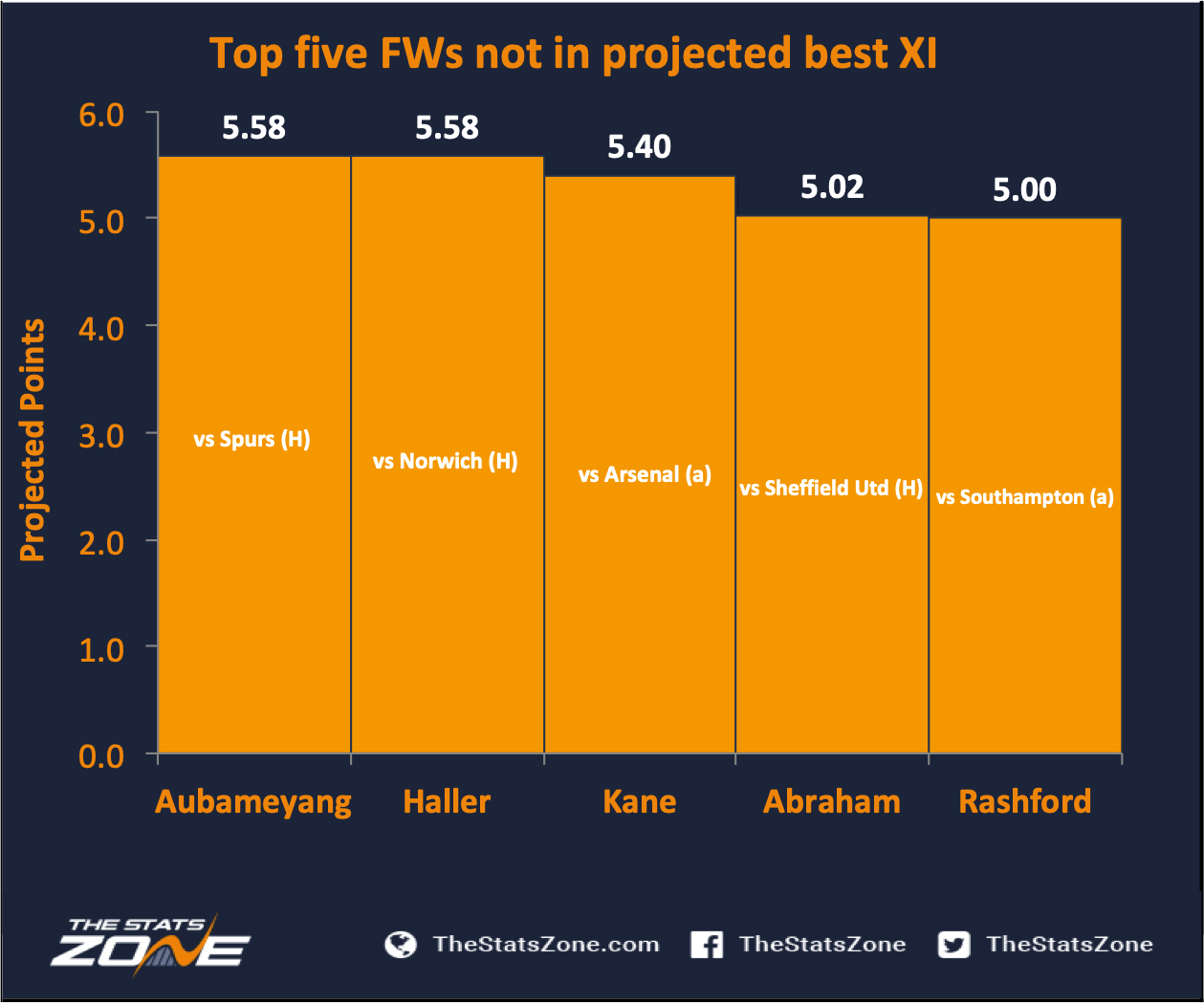