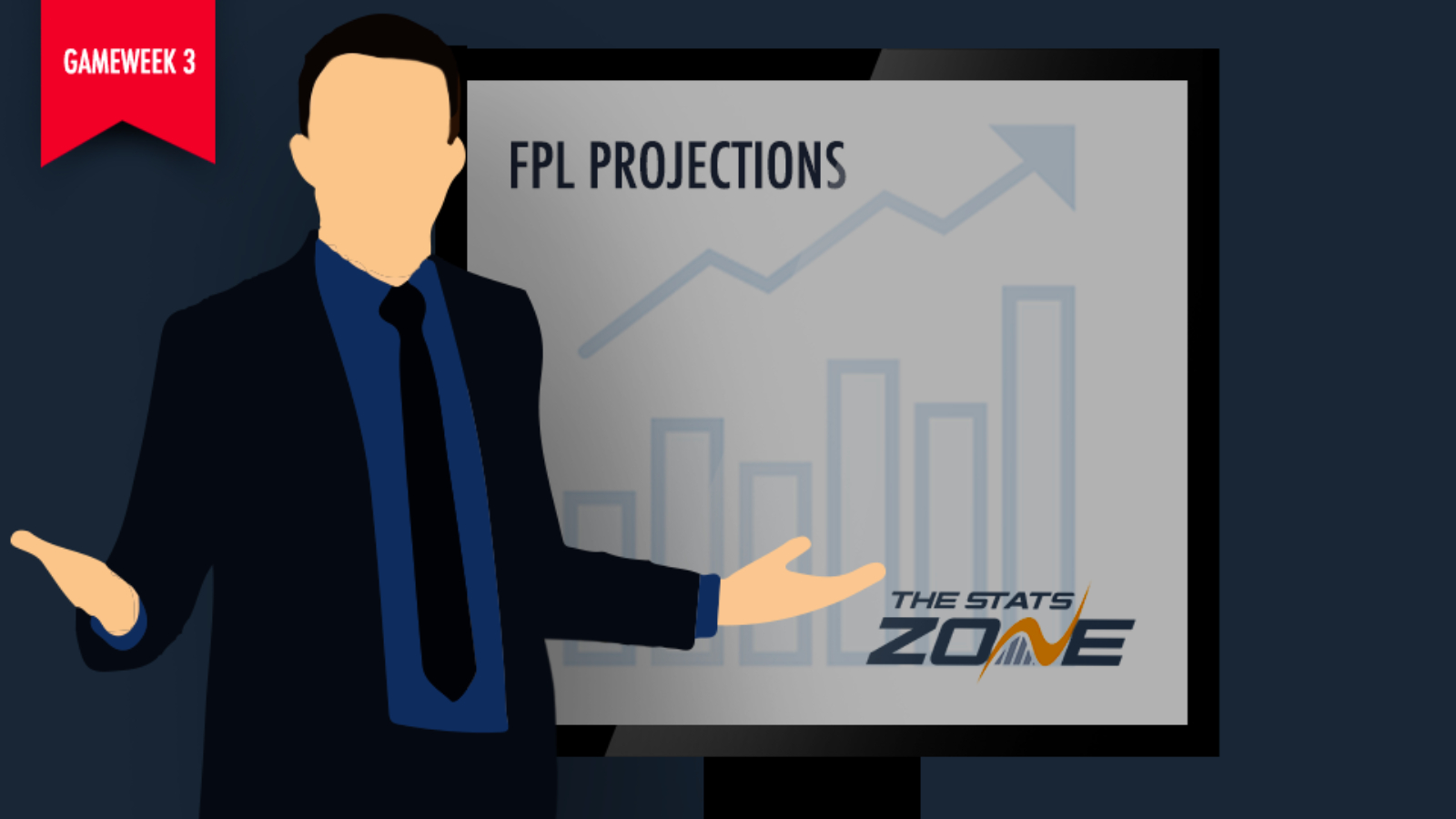 A decent 51 points were accrued by last week’s optimum squad, heavily boosted by the hat-trick heroics of Teemu Pukki (£6.8m). His total was 17, with Bournemouth strike-force Josh King (£6.5m) and Callum Wilson (£7.9m) combining for the opening goal at Villa Park. Neither of them earned any bonuses though, just like Saturday evening’s opening goal scorer Raheem Sterling (£12.2m). Everton and Sheffield Utd were the only sides not to concede, as Jordan Pickford (£5.6m) brought home six points. However, the trio of Liverpool assets disappointed at Southampton; a howler from goalkeeper Adrian (£4.5m) cost both Virgil van Dijk (£6.5m) and Trent Alexander-Arnold (£7.0m) a clean sheet, as Mo Salah (£12.5m) was out-shone by Sadio Mane (£11.5m). 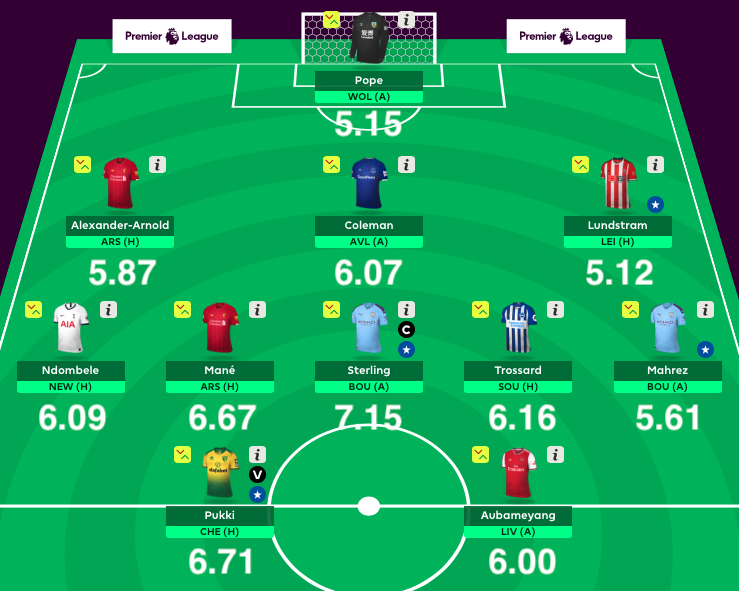 This week’s team is predicted to gain 74 points. Nick Pope (£4.5m) followed-up an opening day clean sheet with some save points at Arsenal. It was a respectable 2-1 defeat for Burnley and the goalkeeper racked up an impressive seven saves to finish the game on three points. Next up is a trip to Wolves, who may consider themselves unfortunate to be drawn against Torino in Thursday’s Europa League tie. Any potential fatigue will play into Pope’s hands, as well as the fact that Wolves’ only goal over two league games came from outside the box.

For the third consecutive week, Alexander-Arnold finds himself selected by the algorithm. Despite fears that the attack-minded right-back may be benched for a more defensive opponent to Pierre-Emerick Aubameyang (£11.0m), the 20-year-old did start both of last season’s meetings with Arsenal. Everton haven’t yet conceded a goal and kick-off the weekend at newly-promoted Aston Villa. Lucas Digne (£6.0m) pleased his 24.2% ownership with an assist but, after limping off in the 73rd minute, the safer choice of Seamus Coleman (£5.5m) has instead been chosen.

Last Sunday will go down in history as the day John Lundstram (£4.1m) became an FPL legend. Not only is the bargain-basement Sheffield Utd man seemingly a starter, he has been incorrectly classified as a defender whilst playing out-of-position in midfield. Not a defensive midfielder either, no. He created several clear-cut chances at Bournemouth on the opening day, then scored the only goal against Crystal Palace. Lundstram is the Holy Grail. Now, with 14 points in the bag, he is about to face Leicester.

Step aside Wan-Bissaka, Lundstram is the new £4.0m hero in FPL https://t.co/7BRRP5SFPC

Another name frequently mentioned online during pre-season - who may have escaped the mainstream - is Brighton’s Leandro Trossard (£6.0m). The new signing didn’t play in the first game for tactical reasons but exploded during his home debut against West Ham. Goal one was ruled out by VAR but it didn’t deter the Belgian, who struck again and this time the goal was allowed. An affordable differential, Brighton face Southampton, Burnley and Newcastle in their next four games.

Mane only made a late appearance in Gameweek 1, so his UEFA Super Cup brace followed by last week’s goal and assist at former club Southampton was a dazzling start to 2019-20. His 22 goals helped him become the game’s fourth highest-scorer for 2018-19 and, coming in at 1m cheaper than Salah, many wildcarders have taken the risky decision to prefer Mane. Liverpool score well against Arsenal, with a stunning 20 goals from their last six league clashes. Furthermore, Mane and Roberto Firmino (£9.5m) have both scored in all of their last three Anfield meetings. To top all that off, his 15 goals of 2019 is more than other Premier League player – the Senegalese star is in incredible form.

Touches in opposition box - this season

In a similar way, Man City absolutely love facing Bournemouth. They have won all eight Premier League meetings, aggregating a 25-3 scoreline in the process. Two of their midfielders have been selected by the algorithm – Sterling and Riyad Mahrez (£8.5m). The injury to Leroy Sane (£9.4m) should see the latter gain more gametime than last season’s disappointing 1,331 minutes and the Algerian duly obliged with three assists in the recent win at West Ham. Statistically, Pep Guardiola’s side should have beaten Spurs and Sterling’s scintillating start to the season continued with his fourth goal in two games. He has eight goals from the seven times he has faced the Cherries for City.

Elsewhere, Spurs face Newcastle at home and the chosen candidate is Tanguy Ndombele (£6.1m). The former Lyon man regularly gets forward and scored against Aston Villa in a promising start. Instead of Harry Kane (£11.0m), the optimum squad has gone with Aubameyang and his run of four consecutive goal-scoring league games. Alongside him is the star of Gameweek 2 – Teemu Pukki. He was afforded many shots on goal by a woeful Newcastle side, three of which went in. His expected goals (xG) score of 1.4 suggests an overachievement ahead of a tough run of fixtures but FPL has taught us many times to have faith in form over fixtures. That’s why the Finn’s ownership has increased dramatically throughout the week. 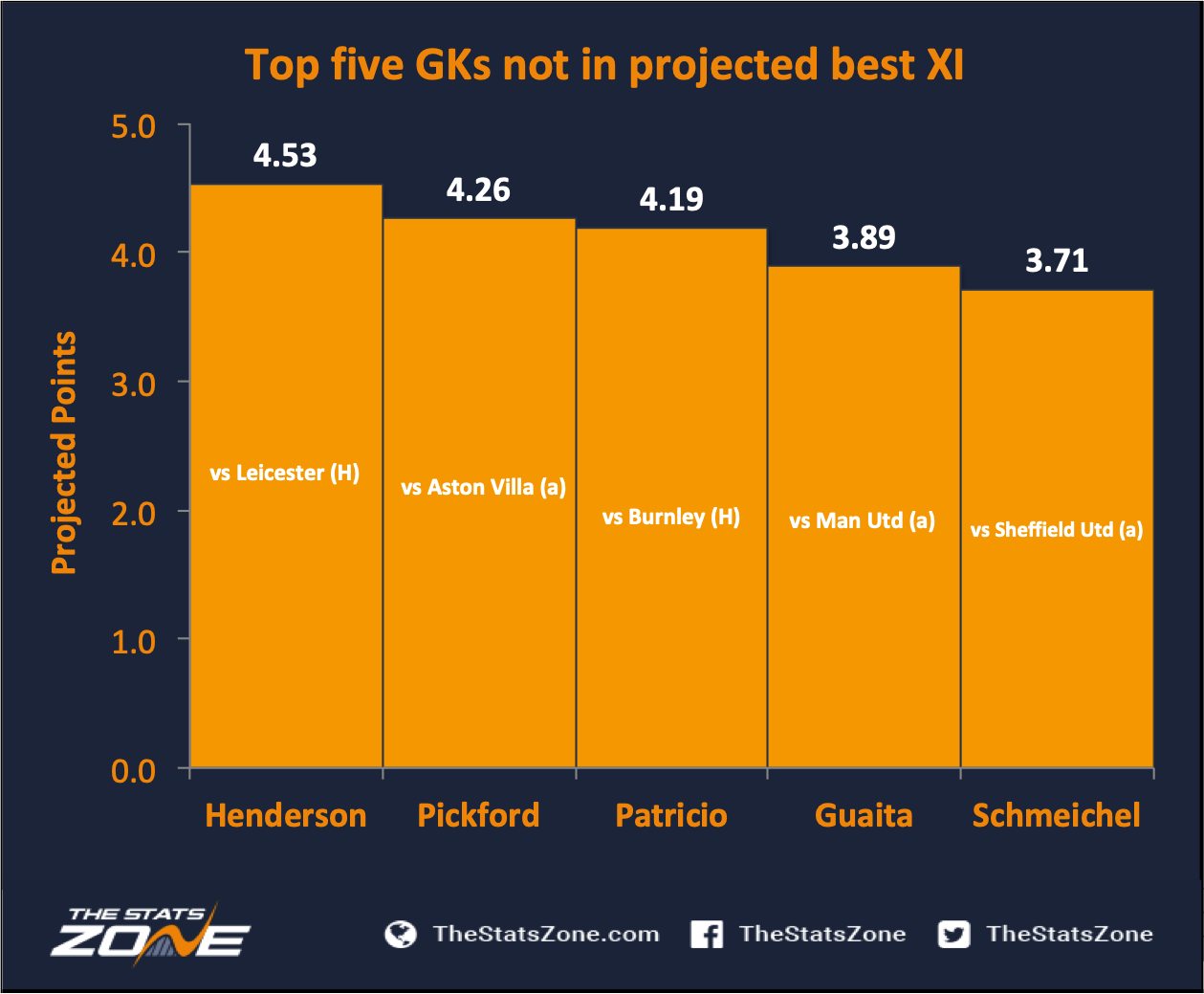 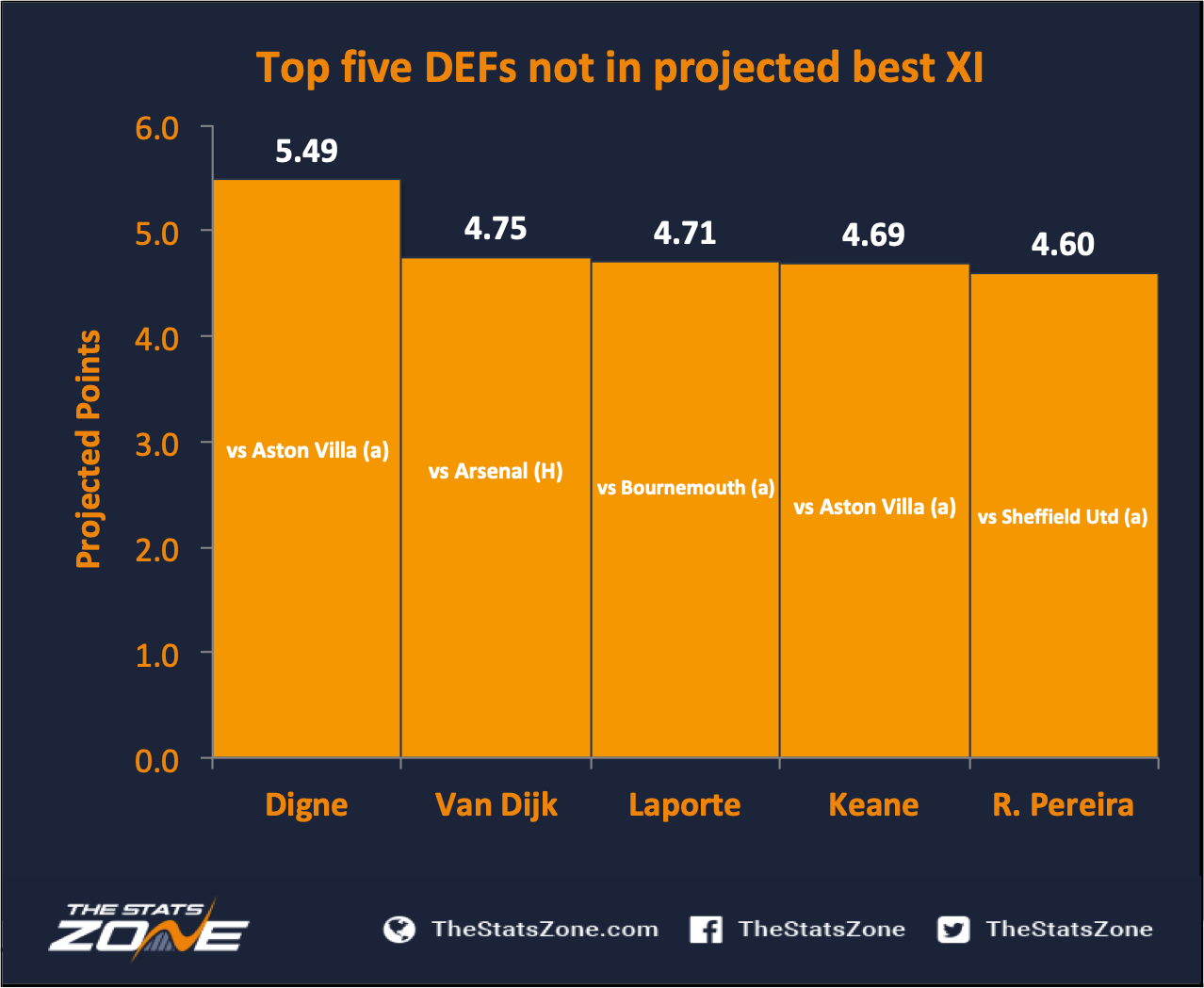 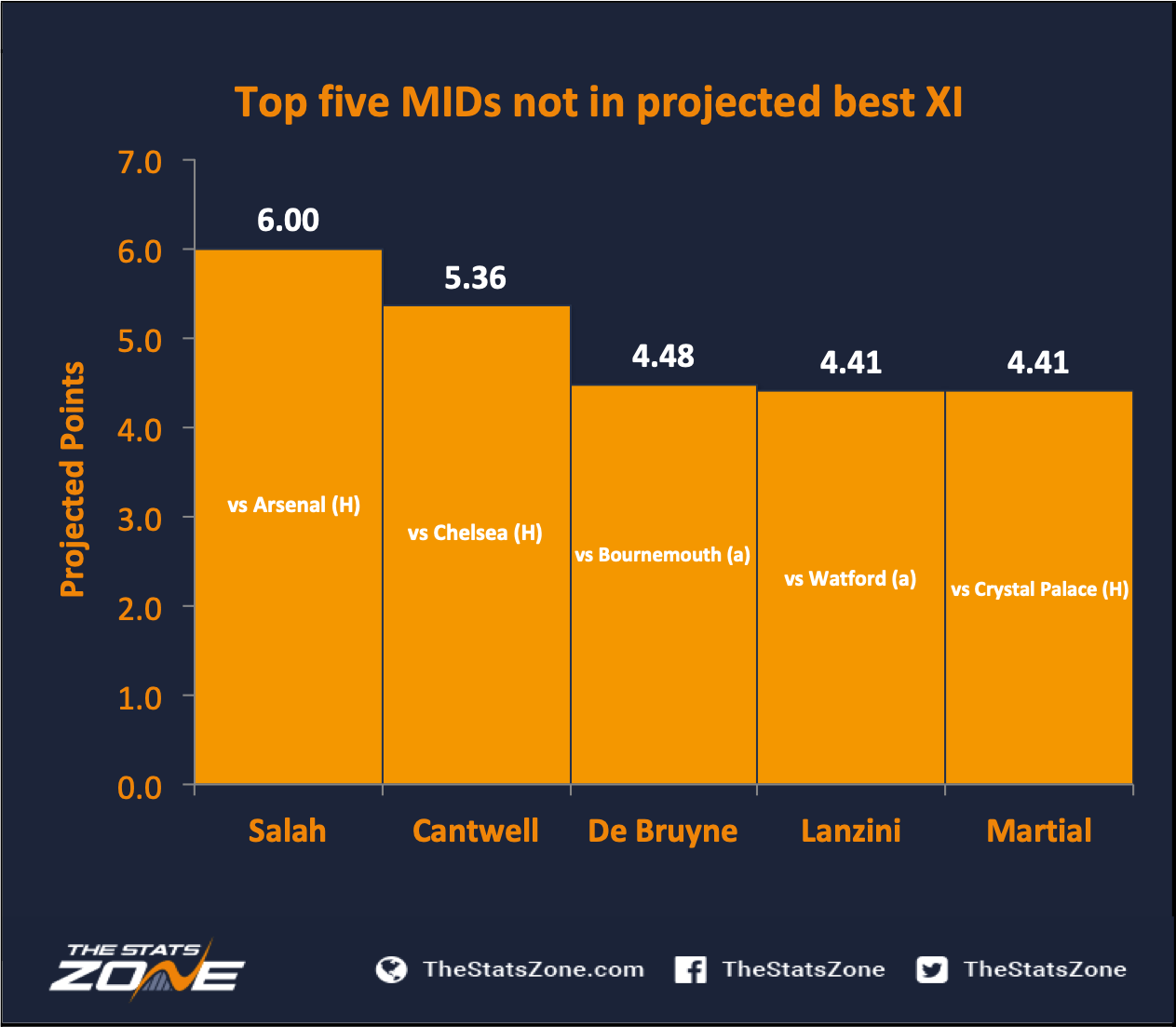 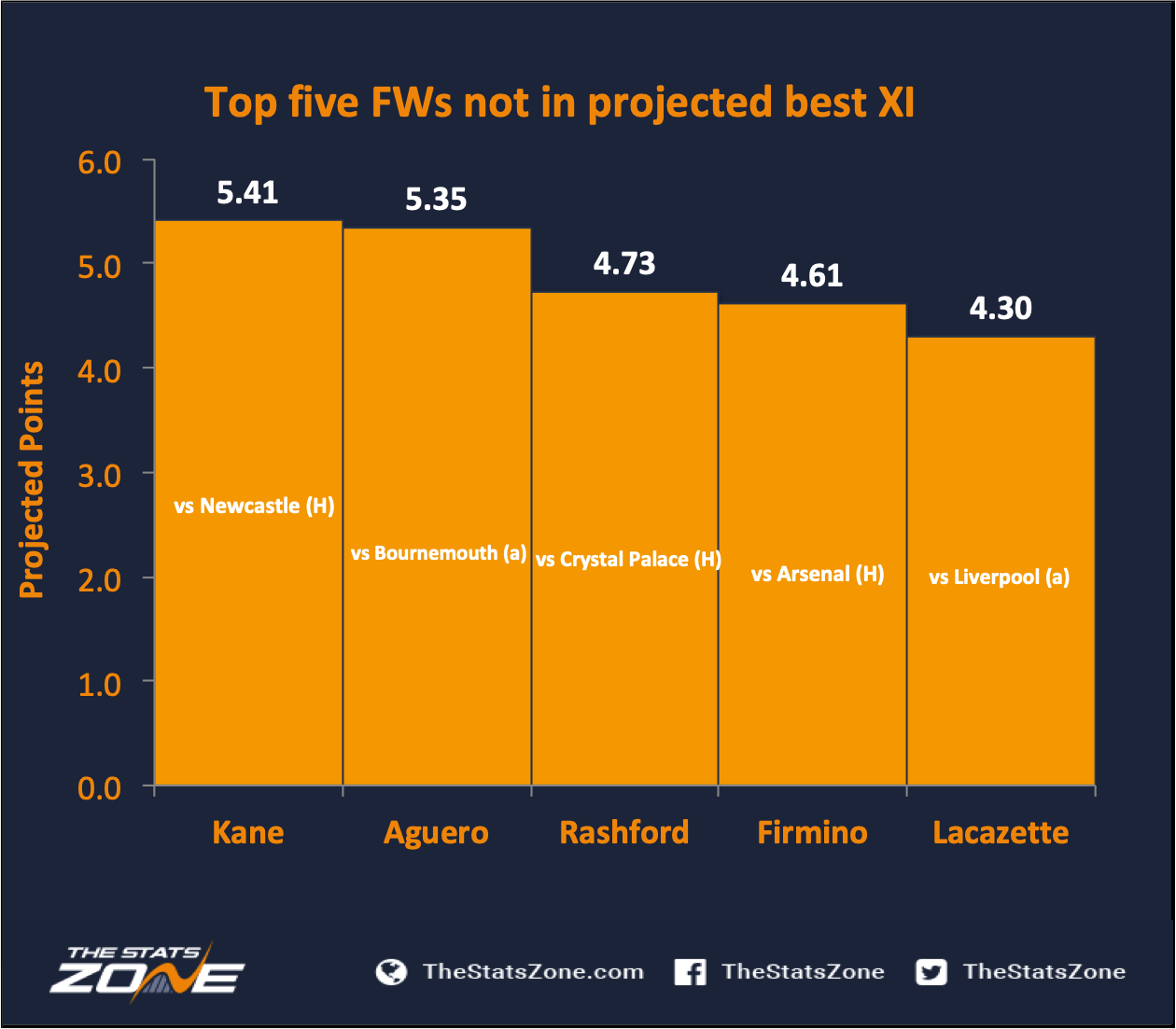